Driving Yourself Sane with Meditation

‘Wisdom of the ordinary’ is how the old school Zen Masters would describe being sane. Being sane is simply life as it is. Right now. Infuriating to grasp intellectually; the way of meditation is mysteriously simple. Just seeing things as they are before getting caught up in descriptions, evaluations or stories of the present moment.

It turns out sanity is not to be found in conforming to the correct idea of reality but instead in the direct experience of the basic sanity of mindful awareness.

Finding sanity in beliefs or concepts is stressful and leads to the idea that you are insane if you do not believe the correct version of reality.

Wars have been fought over correct versions of religious scriptures and ‘non-believers’ executed; it’s no wonder there is so much pressure to believe the same thing as everyone else and ‘fit in.’ But, increasingly, modern people do not fit into the traditions of the past.

The ability to observe without evaluating is the highest form of intelligence. 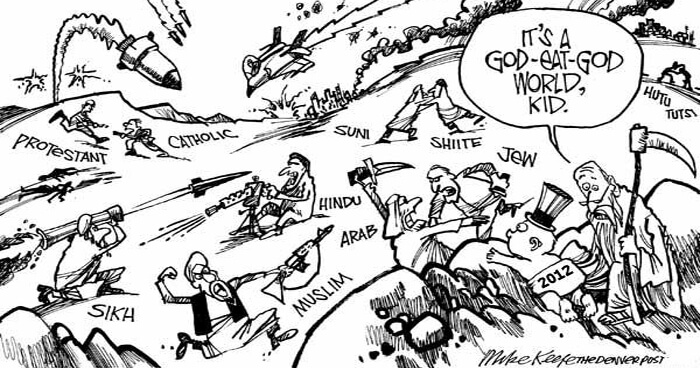 Humans have long fought each other for differing beliefs. No wonder we want to ‘fit in.’

Said another way, the more open the mind, the emptier of belief, the more sanity is present. It’s our beliefs and learnt ideas about reality that shape our perception and dictate what we see. Through belief in facts or scriptures, we never experience an event as it is, instead it is viewed through the lens of our particular adopted interpretation of reality.

Robert Anton Wilson calls this a ‘reality tunnel’ and everyone is living in their very own little worlds. Sanity does not necessarily stop all the different reality tunnels but it helps put personal perception into perspective.

The Trap of Certainty

Certainty is a gateway to arrogance. It is rigid, with no room for sensitivity or compromise. Certainty actually reduces intelligence, blocks the wisdom of curiosity and is a subtle type of violence that imposes its own meaning to events. As Zen Master, Shunryu Suzuki, says:

The beginner’s mind has many possibilities but the expert mind has few.

Maybe sanity can be found in trusting our senses? ‘I’ll believe it when I see it’ attitude–that must be sanity. But our senses have been shown to be limited to a small spectrum of reality; our ears can only hear certain pitches, our eyes can only see a portion of the spectrum of all light. Also, this small portion of reality derived from the five senses is raw data which needs to be interpreted; as French philosopher, Henri Bergson, puts it:

The eye sees only what the mind is prepared to comprehend.

So where can we look for refuge or sanity if what we sense and how we interpret our senses is limited and biased? The answer awaits in the silence of meditation. 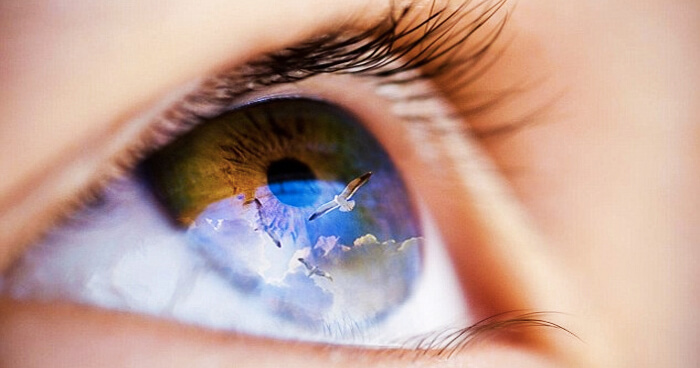 Is seeing really believing? Or could it be that believing is seeing?

Sanity is the stillness and space inherent in awareness; present in every moment. It could simply be called lucidity. Some meditation traditions refer to it as wakefulness.

Meditation master, Chogyam Trungpa, calls it ‘basic goodness’ and teaches that it is the essential core of every person.

Eckhart Tolle claims that when you touch the stillness of the present moment, you have stepped out of thousands of years of human conditioning, and Deepak Chopra promotes the idea that you always have the choice between mindful awareness or being pushed around by the habits of the past.

The Western idea of sanity seems to be more conformity than sanity; you are sane if you do not deviate from the norms. J.D Krishnamurti was highly critical of this version of sanity when he said:

It is no measure of health to be well adjusted to a profoundly sick society.

The Impulse to ‘Fit in’

Increasingly, to be sane means to ‘fit in’ and psychologists, counselors and social workers all too often succumb to simply helping individuals adapt and fit into our current social structures. I don’t want to be too critical of this approach because at the moment there are not many alternatives to fitting in. Deviants in our society have historically been criminalized, medicalized and institutionalized, but that’s a story for another time. 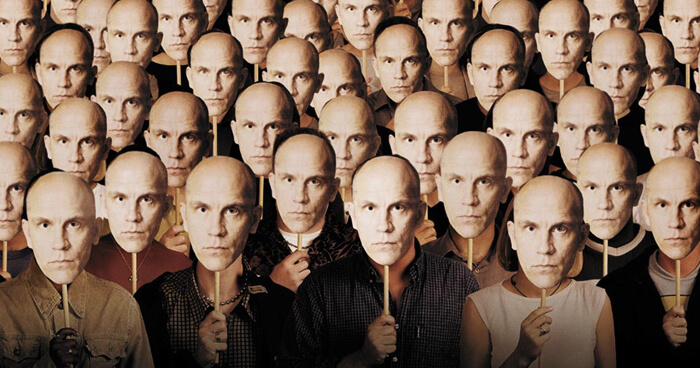 In the west, the idea is you are sane if you do not deviate from the norms.

Stillness Meditation helps to find sanity through the qualities of detachment, and the wisdom perspective that sees appearances as illusions, cleverly constructed through sensual input and conditioned conceptions. Sanity is a resting point, the place we can call home and feel at ease, dwelling as non-conceptualizing natural awareness. The stability of mind to observe without judgement and the intelligence to hold experiences lightly, without compulsively reacting. Being the ‘silent witness’ as it’s popularly known.

Being the Silent Witness

Sanity is to see clearly the effects of our actions too and this takes perspective and some psychological distance from the situation. Osho says:

I’m simply saying that there is a way to be sane. I’m saying that you can get rid of all this insanity created by the past in you. Just by being a simple witness of your thought processes.

Being sane is to have a ‘bird’s eye view,’ a broadened perspective lifting you above and beyond the current situation and simultaneously connecting you deeper into it by seeing clearly. The more you can observe something without judgment, the more you will learn from it, and as a result, an understanding will arise naturally. 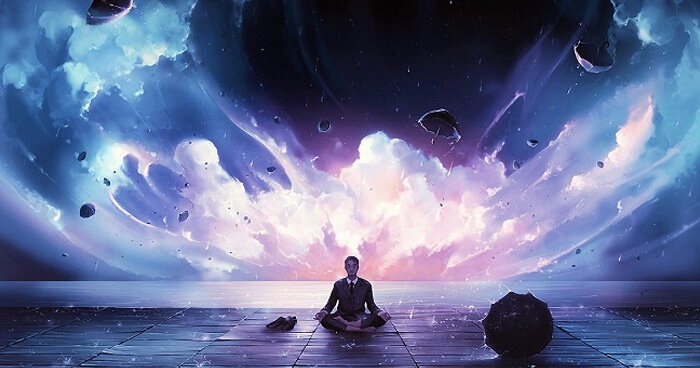 The more you can observe something without judgment, the more you will learn from it.

Sanity can be this simple. The uncomplicated natural awareness, waiting to be noticed and practised in every situation. The radical immanence of this basic sanity makes it difficult to accept for people accustomed to striving and achieving. When meditation teachers say there is ‘nothing to do,’ it seems ridiculous for most, and then receiving directions to get somewhere where you already are is a paradoxical adventure to say the least.

With all the effort that is required in hours of endless sitting meditation, there should be some reward in doing all that, but basic sanity was always there and it’s not something newly added. There is nothing you ‘get,’ it’s more noticing and discovering what was there all along; the basic sanity of non-grasping awareness.

The way of meditation is to slowly go sane by absorbing yourself into the simplicity of open awareness, which highlights basic sanity and puts perceptions and ideas into perspective. This is none other than our present-centered natural awareness, which is always available. The more the foundation of experience is open and spacious, the more room there is for continuity of expansiveness. The more familiar you become with staying in touch with this expansive nature, the more it will slowly drive you sane.

You got me to stop reading it! Thanks! ?

I agree with it all and on my own path to complete sanity.BTW I’ve always thought that a completely unbiased person would make a great president. There is no place in our government for religion! Don’t be afraid to think for yourself.

This piece is an excellent beginning to help humankind out of the present madness of pending ecocide. To paraphrase Jiddu, ‘it’s one thing to not mind what’s goin’ down’; it’s quite another to take an active part, whatever that may be, in restoring the real mother to her rightful Self. Perhaps Jim Carrey is correct from your other newsletter’s post, it really doesn’t matter. I don’t know.