For over 400 years, the Jesuits have offered this popular adage to their community. While many people are aware of this saying, I believe that few are aware of its meaning. Basically, the Jesuits were aware of something that science has only recognized in the last few years. This saying expresses a simple fact; between the last trimester of pregnancy and its’ first seven years of life, a child’s brain is predominantly operating at a theta, a low vibration below that of consciousness.

A brain is an organic ‘computer,’ simply a profoundly advanced information processor. By the last trimester of pregnancy, a child’s brain is endowed with an operating system. However, while a computer can be booted-up with its operating system, it is still not functional. To be useful, programs must be downloaded into the system. For example, if you want to use a computer to write, to draw, or to create a spreadsheet, one first needs to install programs before you can use the computer. The programs essentially provide the computer with ‘character.’

Once the programs are installed into the hard drive, we can use the keyboard/mouse to provide our input in creating files and documents. Some programs actually operate automatically in the background while we are entering our creative data into other programs.

Becoming the Creators of Our Own Lives 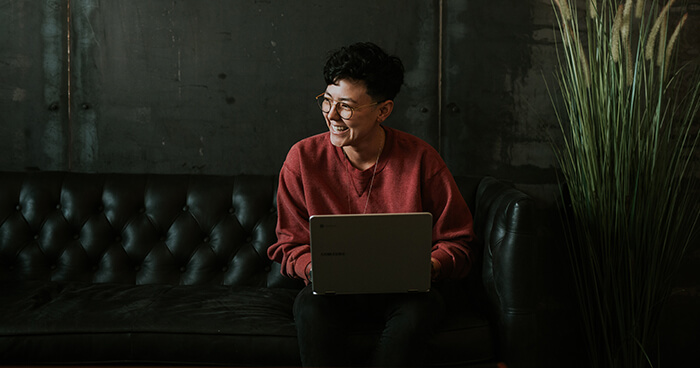 When operating from the conscious mind, we are the creators of our lives.

This insight is profound because it reveals that we are not creating the lives we desire but are unconsciously (through the subconscious mind) manifesting lives that are coherent with the beliefs we downloaded as children. Since up to 70% of the downloaded beliefs acquired before age seven are disempowering, self-sabotaging, or limiting, we experience stress from the programs that undermine our conscious mind’s wishes, desires, and aspirations.

Yes, the Jesuits were right that our lives will be controlled by the developmental programming that was unconsciously downloaded into our minds by age seven. This insight was understood over 400 years ago and by those that shape our civilization. While the programming originally came from the edicts of the Church centuries ago, civilization was under the leadership of religious dogma. After Darwin, the knowledge of science displaced the control of the Church.

Currently, we are now programmed by beliefs of the conventional scientific community. Beliefs that further instill the notion of limitation and disempowerment. For example, the public has been led to believe that our lives are preprogrammed in our genes, that our fate is determined by heredity. Since as far as we know, we did not pick our genes, we cannot change our genes if we don’t like the characters they encode, AND, since we have been programmed by the belief that genes turn-on-and-off by themselves, we perceive ourselves as victims of our genome. Outright disempowerment!

As civilization is experiencing an evolutionary upheaval, to thrive into the future, we must now ‘wake-up’ and take back our power, for ourselves and the rest of civilization.

As has been emphasized in the story of The Biology of Belief, just like for single cells, the character of our lives is not determined by our genes, but by our responses to the environmental signals that propel our lives. When we operate from the conscious mind we are, in fact, creators of our lives. If we heed this wake-up message we can easily turn this ship around and move into the future by collectively creating Heaven-on-Earth!

With love and light,

Environment, including that from other people, indoor air quality including mold, chemicals etc, work stressors and financial especially. People with money can make changes. I don’t even own a car. They drive like maniacs where I live, gas is high and cars cost a lot of upkeep. Without a car you are sort of a nobody socially and cannot even really make trips into nature. Without a lot of money, organic and farmer’s market produce too are just once a month purchases. We only have so much control – After awhile our cards run out and we get stuck somewhat. I don’t hear Dr. Lipton talking about environment too much.

I am writing a thriller with this concept as basis. Thanks!!

Thanks for the very best one and i love it.

Ancestor say if a child not cultivated in 5 year old he wouldn’t good human being in 50 years old.This article saying the same.

This is really good. Love these videos. Biology of Belief got me across Ohio as a road warrior- on audio tape. Have had a few conscious shift experiences which fortunately kept my mind ever open and learning across disciplines, faith traditions & cultures. Working on a rather incredible book. Will send for yr. input when ready. Peace, not as the world gives.

I was born in 1960 hence my first 7 years were done by 1967…
I still firmly believe the foundation played out for me was that of a great investment on caring loving “Direction” till now….our environment and behaviour breeds behaviours journey will either build or dismantle our foundation…
The rest is .. choosing your response to life

Thank you for bringing the clarity by merging both perspectives – tradition and science together!

I do consider all the concepts yyou have presented in your post.
They are very convincing and can definitely work.
Still, the posts are very brief for beginners.

May you please extend them a little from next time?
Thank you for the post.

Thank you for sharing this wonderful data with us. Very valuable article. Really add value the way you described everything in this article. Keep up the good work

Wim Hof has now scientifically demonstrated that will use 100% of our brains, so your 5% belief needs to be changed DR Lipton.

To the people believing about instilling love into a child for the first 7 years, there is much more to this question that what you understand. The jews are the people and the belief system behind the new world order. You are going to have to remove them if you want the world you claim. Don’t believe me? The research the Noahide Laws. That will tell you everthing you need to know.

Beautifully written. The more we reprogram our subconscious minds the less we are triggered and the more control we have over our lives. I feel heaven on earth more and more every day. Thank you everyone out there that offers their wisdom so we can wake and live happier lives

unschooling is very important if we want the world to change. otherwise emperor´s schools will preveal and keep programming (self) criticism and divide. we do not need to have a paper of any university to make our living. Creating fear just to make people repeat stupid “knowledge” and encourages the ego to grow after passing exams by repeating what other already found right is the very wrong way, leading to lies, greed and to destruction of nature.

I am writing a thriller with this concept as basis. Thanks!!

Always good to keep an open mind and continue to learn. Thanks for sharing!

Well, Raf: How about starting your plan yesterday? It feels great, I can promise you that.

I wonder what would happen if we would submerge all baby’s and childeren in love and light until they are 7. What a wonderful, brand new world we, and those childeren, would get.