Don’t Take the Bee Out of Business

BY UPLIFT
Welcome to UPLIFT
Don’t Take the Bee Out of Business
Diversity of habitat is crucial for pollinators like bees. Wild flowers are not only nice to look at, they are an essential to food security.

About two-thirds of the world’s crop plant species rely on animal pollination, and to that extent bees, butterflies, beetles and all the other species that help plants to complete their life cycles ensure that we continue to eat. In line with the progressive homogenisation of our environment, those species that are specialists and dependent on particular kinds of habitat and/or food plants have fared worst. Many other insect pollinators are also known to be in decline, among them hoverflies and butterflies.

Behind all this has been the loss of habitats rich in wild flowers. Wild flowers are primarily found in semi-natural grasslands, mountains, moors and heathlands, woodlands and coastal margins, and in urban habitats such as parks, gardens and roadside verges. In all cases, there has been a decline in the quality of these ecosystems. This is a problem for farming because the pool of pollinators supported by the plants in these places spills out into agricultural areas.

Flower-rich wildlife habitats are not, therefore, only nice to look at and of ecological interest and value for their own sake: they are also an essential part of the ‘green infrastructure’, in this case underpinning national food security.

While pondering the dependence of many insects on wild flowers, it is important to remember that these wild flowers also depend on the insects. A high proportion of wild-flower species studied are pollination-limited. This means that when there are no pollinators there are no seeds, over time fewer flowers, and then fewer pollinators.

Jeff Ollerton of the University of Northampton is an expert in pollination and its role in ecosystems. “About 75% of our native plants require insects as pollinators,” he says. “If we didn’t have the insects to pollinate them, then our populations of native wild flowers would eventually die out.” And it’s not just little plants that have this dependency: about 60% of our trees are insect-pollinated. 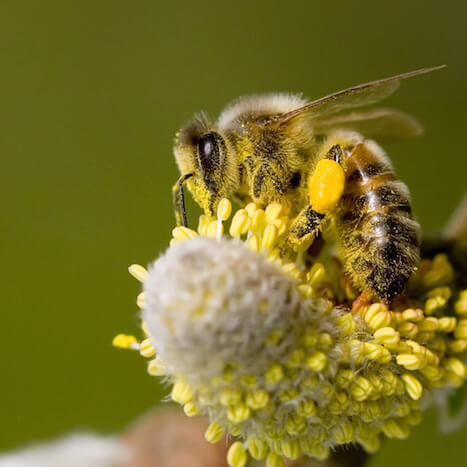 About 75% of our native plants require insects as pollinators

This decline in diversity leaves farming more vulnerable. “If all of our pollination is reliant upon just a small number of species and something happens to those species, then there’s nothing to fill that gap. That’s one of the values of diverse insect populations – a sort of insurance policy.”

While it is unlikely that we’ll imminently see a total collapse in the services provided by pollinators, several studies have demonstrated that when they become locally depleted, reduced crop yield and quality can result. Should they all be eliminated, Breeze (who calculated that £430 million figure) says it would cost around £1.8 billion to replace insect pollinators in the UK.

At a time when official health advice recommends a higher proportion of fruit and vegetables in our diet, keeping pollinator populations healthy will need to be part of the same policy. And when food price fluctuation is expected to become more volatile, it would seem an intelligent choice to maintain our capacity to grow as much of our own as we can. Yet in 2012 we imported some £8 billion-worth of fruit and vegetables, producing only 12% of our own fruit and just over half our vegetables.

One business that has understood the commercial relationship between pollinators and profit is Thatchers Cider. I visited the orchards that supply the company, with Martin Thatcher, William Thatcher’s great-grandson. We walked among some of the thousands of apple trees, including an orchard with 458 varieties of apple salvaged from the government’s Long Ashton research station when its funding was axed. “A living library”, he calls it. 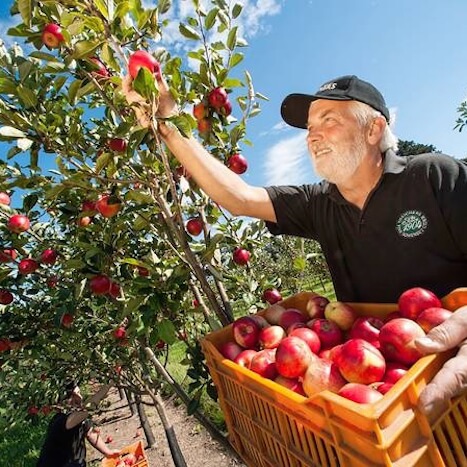 Thatcher told me about some of the steps the company has taken to keep the vital pollinator populations healthy. “We’ve done a lot planting of wild-flower seeds because the thing about bumblebees is that whilst it’s great for them whilst the blossom is out, they need a sustained food source throughout the year.” Another step is planting bumblebee-friendly hedges. “They like the north side of hedges because on a hot day in spring if they’re facing south it can bring them out of hibernation too early.”The philosophy that underpins this pollinator-friendly approach is entirely practical. “We’re keen to work Nature into the equation and give it every chance to succeed,” Martin says. “If you use too many chemicals it just doesn’t make sense, either environmentally or financially. You’re just creating a problem for the future. What we’re trying to do is to keep Nature on our side.”

WORDS BY TONY JUNIPER, a former director of Friends of the Earth and is a Resurgence Trustee. This is an edited extract from his new book What Nature Does for Britain, published by Profile Books