Does Praying for Nepal work?

Welcome to UPLIFT
Features
Does Praying for Nepal work?
What if prayer is actually a disposition within ourselves and that by engaging in prayer, we change our energetic relationship to the situation?

Seeing the images of destruction and suffering coming from Kathmandu and Nepal, it’s easy to be moved and want to do something helpful.

Obviously our thoughts are with those living in the midst of the effects of this devastating Earthquake, but this tragedy has also catalysed a lively debate online about what the best way to help those suffering from the consequences on the ground.

After the quake struck, the hashtag #PrayForNepal, along with a wide variety of quotepics on that theme, were quickly and widely shared on social media. Obviously, people were concerned, shocked, and wanted to express that. The question that this raises, however, is does praying for Nepal, or sharing quote pics about praying for Nepal online, actually achieve anything?

The Humanist Charity organisation Responsible Charity responded to #PrayForNepal with an critical Facebook post ‘Prayers aren’t helping the Nepal earthquake victims; donations, volunteers and deployment of rescuers and professionals on the ground is what they need!’

Certainly this is true, aid is urgently needed on the ground immediately and Nepal will also need a large amount of support in the longer term to reconstruct. But is it also true to say that Prayers aren’t helping?

The traditional humanist perspective on prayer is that because God doesn’t exist, prayers are a futile waste of energy and subsequently we should concentrate our efforts on human solutions that can make a difference. The arguments of traditional humanism, however really operate as a critique of traditional religion. One of the best humanist arguments (logically speaking) has always been that since there are different religions with differing ideas of God, how can we be sure that our God is the right one? Since different religions contradict each other, they cannot seemingly all be true.

Many atheists and agnostics have concluded from this that prayer is impotent. This only follows though if we see prayer as an appeal to an agency outside of ourselves. What if prayer is actually a disposition within ourselves and that by engaging in prayer, we change our energetic relationship to the situation? The key to this idea is intentionality. By praying we invoke, intend, or otherwise seek to induce an outcome to an event that is different from a passive outlook. If we look at prayer as a subset of intention, we can see that prayer is actually a universal form that is broader than any one religion, or spiritual practise.

From this perspective- that prayer is a change in our individual and collective intentionality- we can examine the question ‘Does Praying for Nepal work?’ a little differently.

In this case, there is increasing evidence that prayer actually can and does make a difference to outcomes. For example, Lynne McTaggert writes extensively about this subject in her book The Intention Experiment, citing a quite wide array of scientific evidence that seems to support the notion of a non-physical correlation between a directed intention and an outcome in external reality. For example, the Russian scientist, Dr. Konstantin Korotkov of St. Petersburg State Technical University did a study where equipment was set up that captured tiny pulses of photons from a vessel of water. Trained healers then directed their intentions for healing at the water and the results were recorded. The results showed significant changes in the emissions from the water. 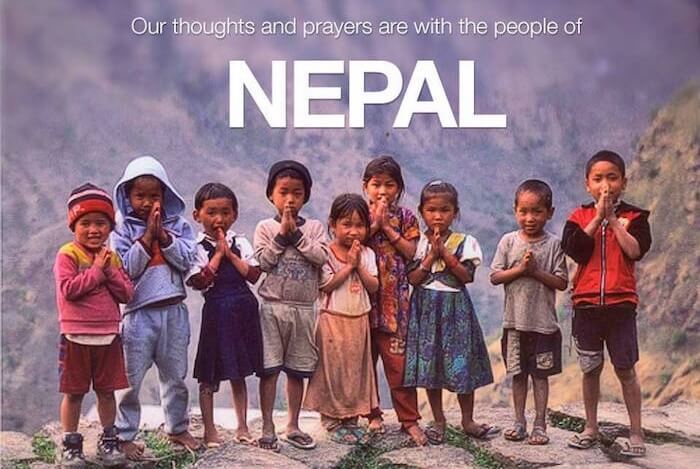 The evidence is not limited to healing intentions. Harvard scientist Herbert Benson, MD has made extensive studies of the physical effects that occur when a person meditates. As meditation deepens, intense activity begins taking place in the brain’s parietal lobe circuits, this then expands to entrain the whole of brain’s activity. Benson has shown this using MRI scans and suggest that these findings show the mind-body connection dissolving. Certainly prayer and meditation seem to have an effect on US. What is more remarkable is that ‘distant’, or intercessory prayer of the kind being talked about in the #PrayForNepal phenomenon, also seems to work!

An experiment at Duke University run by Duke cardiologist Dr. Mitch Krucoff, with Suzanne Crater, a Duke nurse practitioner, set out to examine whether remote prayer could have a measurable impact on the physical symptoms of Cardiac patients. 120 patients received off-site, intercessory prayer that was provided by seven prayer groups of varying denominations around the world. The groups included Buddhists, Catholics, Moravians, Jews, Fundamentalist Christians, Baptists and the Unity School of Christianity. The results of the study (named the MANTRA, or Monitoring and Actualization of Noetic Teachings prayer study) were that Cardiac patients who received intercessory prayer in addition to coronary stenting appeared to have better clinical outcomes than those treated with standard stenting therapy alone. Patients who received noetic therapies showed a 25 to 30 percent reduction in adverse outcomes.

This is just one pilot study with a limited sample size, but it is suggestive of a significant effect that needs further study. Perhaps it is enough for now, however, to give the benefit of the doubt to the power of prayer. Consequently, the most constructive way to frame the argument about what to do about Nepal is not as a battle between prayer and aid, but instead as an acknowledgment of the potentially supportive effects between our spiritual intentionality and on-the-ground real world action.

Or in stated in the simplest terms, Pray for Nepal, but make a generous donation to aid at the same time!

If you would like to contribute to the Nepal earthquake emergency, we’d like to recommend the Seva Foundation as a independent charity that is has deep roots in Nepal and would be grateful for your financial contribution.