Do Protests Feed What They Oppose?

BY Joe Brewer
Welcome to UPLIFT
Do Protests Feed What They Oppose?
Perhaps it is time to put our energy to better use.

There is a finite amount of emotional energy available in the world — the aggregate of all things that people are thinking about, and acting on, in any given moment. As one of my friends said last week, she finds it exhausting going from one march to another while trying to make time for her 18 month old child and all of the busy work involved with being a working professional and a mother.

Literally millions of ‘person hours’ have been put into resistance efforts in the last three months. None of this energy has gone into alternative business models, permaculture projects to heal ecosystems, or any of a myriad of other things that the world actively and urgently needs right now.

In parallel with this, those in power within the current system have sped up the pace of rape and pillage. Each passing week there is more devastating legislation passed and more wealth transferred from public coffers to the bank accounts of the super rich. In a word, we are losing.

And so I invite you to ponder your memetic strategy. 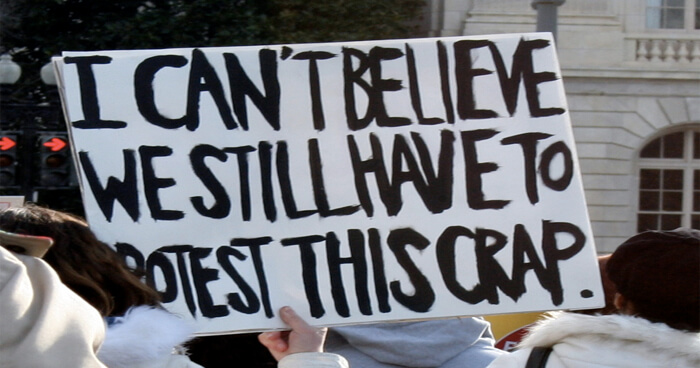 Is it time to put our focus on positive action for change instead of continually protesting?

The future will emerge from the thoughts and actions in aggregate from each present moment. Pathways of development will close off some options along the way and open others to further expansion. What we are seeing now is a tremendous missed opportunity that we will never have again.

As millions of people squander their emotional energy by directing it at (and thus further legitimizing) the system they DON’T want, very little is left to invest in imagining – and creating – the future they DO want.

Let this sink in. And then re-align your own mental landscape for the future you want to see emerge.

Social and economic science research shows that inequality is chronic and extreme, trust in public institutions is at a historic low, there are more people alive than ever before, and the most important trends shaping the evolution of our societies have exponential growth or decline curves attached to them. This means we are in the space of ‘phase transitions’, where previous structures become very unstable and changes that happen will be very turbulent, to the point of extreme violence in some cases. 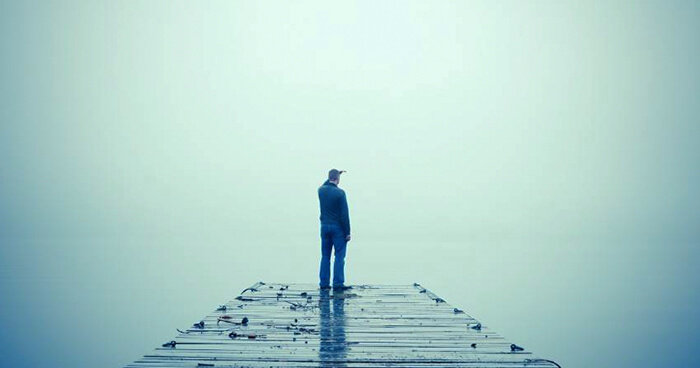 We must process our fears about our future to be able to imagine, and action, a positive one.

If one is to be realistic in their assessments for where the world is going in the next few decades, they will find very sobering trajectories that range from plausible, to likely, to inevitable. What they will not find are scenarios that incorporate all of this empirical evidence to claim that the world is getting better (like some who cherry-pick the data to claim poverty is in decline) or that the future is a ‘rosy’ place that we should all be looking forward to.

Thus the negative emotions and feelings of darkness, sadness, grief, fear, shame, and pain that are quite natural companions to the knowledge about what is happening in the world.
[signupbanner]
In order to be hopeful and empowered, while at the same time aspiring to be effective at creating actual improvements in the world, one must process all of the negative feelings and come out grounded in reality on the other side. To ‘avoid the negative’ has a name in psychology — it is called denial.

And far too many among us are in denial right now.

The future of humanity will be determined by those who take the long view. We are living through a planetary crisis right now, the consequences of which are literally global in proportions. It helps to remember an astounding fact — that once life took hold on the fledgling Earth 3.8 billion years ago, there has never been a time since that life didn’t exist. This is because living things are organically predisposed for taking the long view. 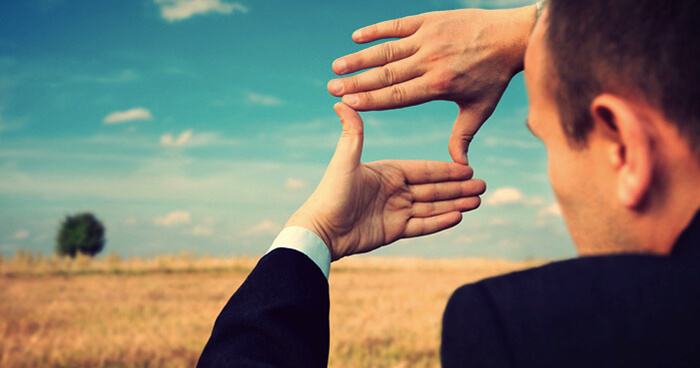 We must think long term with our choices and actions to create sustainable changes.

Our daughter was born within days of Trump taking office in the United States. She will grow up in the most economically unequal world our species has ever known (current estimates are that fewer than 62 people have the same aggregate wealth as 3.7 billion). This is a world where financial collapse is imminent, oil production has globally peaked, civil unrest is rampant on every continent where humans live, and the future is profoundly uncertain.

One does not look into the eyes of a newborn in times such as these and take a short view… only the distant horizon will do. It’s time to actively create peace and innovative new systems in the world.

I don’t fully agree with you. After participating in protests to end the Vietnam War I have experienced life changing awareness, motivation, and connections that have made me a life long activist in food security. It is important to come together. It generates energy. It does not rob it from the cause. Setting strong intention in the company of others can be life changing.

I agree with much of what you offer; Law of Attraction teaches us that what we resist persists. The more we focus on what we DON”T want, the more we attract it! We live in a purely energetic universe. So creating and holding a positive vision of an ideal world is far more effective than protesting what we don’t want, I believe.