BY Jill Suttie
Welcome to UPLIFT
Loving Yourself
Do Biology and Culture Shape Human Emotion?
The Universality Of Emotion Recognition

Emotions give us clues about how to respond to things happening in our environment: Is he dangerous? Does she love me? Can I trust him? But can we trust our perceptions as we travel around the globe?

Can Japanese tourists identify threatening people in Canada? Can a man from Saudi Arabia tell the difference between anger and disgust in Argentina?

A long line of research suggests the answer is basically “yes”— humans appear to express certain fundamental emotions through universal facial expressions that are usually recognizable to people from other cultures. This seems to be true even across cultures that have had little or no exposure to each other.

But, according to a recent study published in the Journal of Experimental Psychology, the theory of the “universality” of emotions may be missing something important. Their findings suggest that culture could play a stronger role than previously thought in how emotions are expressed and recognized. The paper has sparked a scientific debate about the interaction of biology and culture in shaping the expression of human emotion—and raised questions about what we all might have in common. 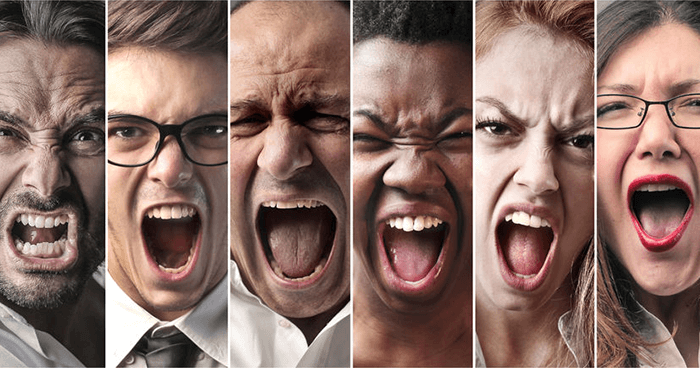 What do we all have in common when it comes to emotions?

Carlos Crivelli and colleagues at the Universidad Autónoma de Madrid studied children from two cultures isolated from Western societies—the Trobrianders of Papua New Guinea and the Mwani of Mozambique. They compared their responses to a matched group of Spaniard children, to see if they could identify certain emotions from photographs of Western faces.

The authors suggest that their findings lead credence to the idea that emotions are not universally recognized, but are culturally dependent.

The children were shown a group of photos displaying different facial expressions corresponding to happiness [smiling], sadness [pouting], anger [scowling], fear [gasping], and disgust [nose-scrunching], as well as a neutral face, and were asked to touch the photo that corresponded to a particular emotion. In a second part of the same study, the Mwani children were also exposed to short video clips of people displaying different emotions and then asked to select from those the face associated with a particular feeling. 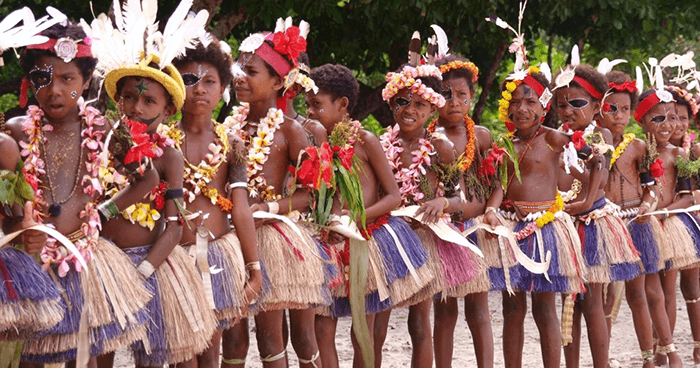 Children from the Trobriander Islands took part in the research.

Results showed that the Trobriand and Mwani children were able to match emotions to the correct faces on average 32 and 38 percent of the time respectively compared to Spaniards, who could match them 93 percent of the time—a significant difference. Happiness was the only emotion correctly matched to the corresponding face by a majority of the Trobriand children, while the Mwani children matched both happiness and fear correctly a majority of the time. The other emotions—sadness, anger, and disgust—did not appear to be recognized by the children of either culture in any consistent way. In addition, there were no significant differences between video facial recognition and still-photo facial recognition for the Mwani children.

The authors suggest that their findings lead credence to the idea that emotions are not universally recognized, but are culturally dependent. They also argue that their methodology is more solid than in prior experiments, because of spending significant time in the societies they studied to identify more accurate translations for words that describe emotion, as well as making study participants more comfortable with the experimental design.

Can it be true that emotions are not universally recognised? Image: John Lund.

Why Studying Emotions is Tricky

Emotions researcher Disa Sauter of the University of Amsterdam praises the study for focusing on more isolated cultures, but she does question whether the methodology is actually an improvement on prior work, or whether it changes anything about the universality theory. She challenges:

I think that the methodology of this study is good, but it doesn’t seem dramatically different to other work in this area. It would be extremely rare for a single study to disprove a whole theory.

She points to a long history of scientific studies finding common emotion expressions in diverse cultures, including her own work with emotional vocalizations. For example, in one cross-cultural study, she found that emotional vocal signals—like screams for fear, and laughs for happiness—produced by two very different cultures were recognized between and within the cultures at very high rates, even when her results were reanalyzed with stricter controls in a separate paper.

Sauter also questions the use of children as subjects, as:

Children are less accurate on many tasks than adults, including emotion recognition. 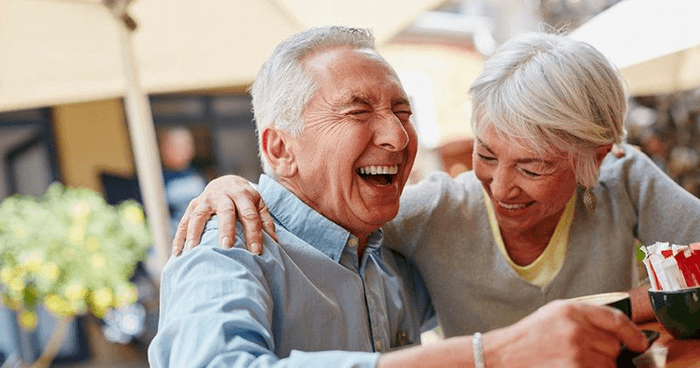 Emotions like happiness are written all over our faces for others to read.

Jessica Tracy, a University of British Columbia researcher who studies emotions—pride, in particular—agrees that studying children in emotion recognition tasks can be tricky, especially when children are from small-scale, non-literate societies.

I don’t think we really know how early children learn how to pair emotion words with their sense of what an emotion is. The idea behind universality of emotion isn’t saying that every child is born knowing that a word goes with a particular emotional expression; it’s saying people evolved to understand the emotion behind an expression.

Tracy goes on to explain that this is why researchers who work with children—and even with adults in these kinds of societies—usually have to come up with more ingenious ways to study what they understand about an emotional expression. For example, in past research many scientists have used stories to give context for an emotion, perhaps by asking a participant to say what face in a group of photos looks like someone who is being attacked by a wild boar. 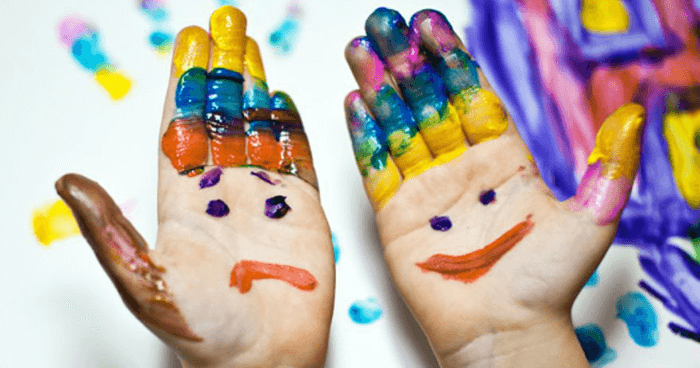 Given the tons and tons of studies across all kinds of cultural groups done after their initial study showing similar results, I believe we can say that there is something universal about emotion expression.

Tracy’s own research has also found evidence for emotion universality, including studies involving pride displays in a remote population in Burkina Faso in Africa. She has even found that congenitally blind participants—who’ve never witnessed a pride display—can reproduce it effectively. Tracy concludes: 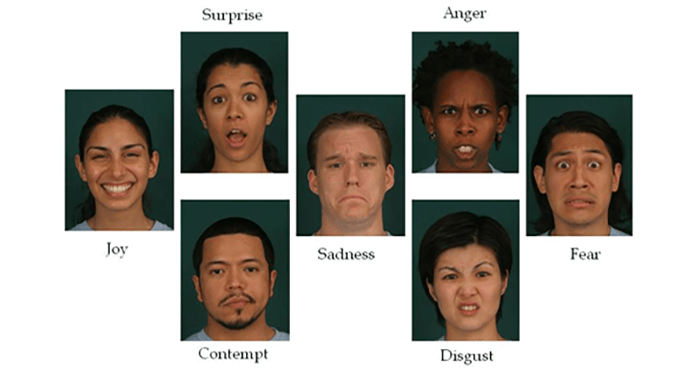 The seven basic emotions and their universal expressions.

Paul Ekman and Dacher Keltner respond to arguments against the universality of facial expressions.

Sauter has another concern about Crivelli’s research: that it may not be very consistent. For example, in another recently published article in PNAS, Crivelli concluded that Trobianders match “fear” faces to “anger” and “threat” more often than to “fear”, yet in the Journal of Experimental Psychology study above, he wrote that Trobianders matched “fear” faces to the emotion of “fear” more frequently than any other emotion. According to Sauter:

The results of the two studies don’t seem to quite match up.

Tracy is less inclined to dismiss the mixed findings and rather to look at the PNAS study as a potential aberration—one that we may not fully understand yet. It could be that the researchers made an error, or perhaps there was some misunderstanding by the children, which she explains happens a lot in cross-cultural research. But, if the finding is real—that a “fear” face actually conveys “threat” in that culture—it would be a fascinating finding, she adds.

What I’d like to see is work with anthropologists who might be able to find out what happened to make that culture co-opt this universal fear expression to become more of a signal of threat. 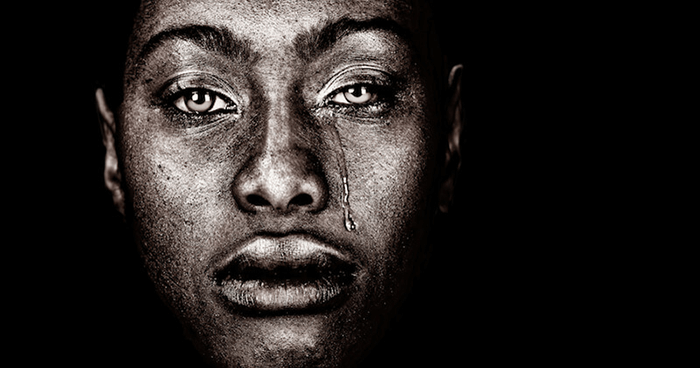 What are the differences between fear, sadness and disgust in different cultures?

Culture Plays a Role in Emotion

While Sauter and Tracy both adhere to the theory of emotion universality, neither believes that culture plays no role at all in emotion expression. Tracy points to the work of Hillary Elfenbein of Washington University, who found that the way universal emotions are expressed can have a kind of cultural dialect involving small differences. This might explain why people within one cultural group tend to be a bit better at recognizing the expression from someone within their own group, than from someone outside their culture.

She also says that different cultures can have rules about when and where it’s appropriate to express a particular emotion. In the United States, for example, there is a taboo against expressing shame, she says, so you see that Americans will express it much less readily than people in other cultures.

There can be all kinds of cultural rules around emotion expression. But that doesn’t negate universality theory. 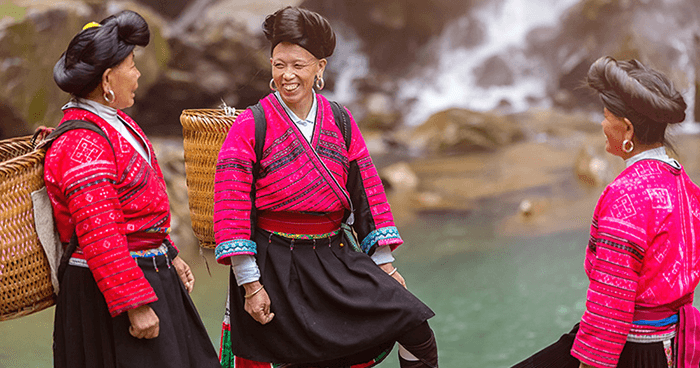 People tend to understand emotions within their own cultural context.

Instead, emotions probably have a biological, evolutionary basis and are also influenced by culture. Still, the wealth of research suggests that some basic emotions have universal markers, implying that feelings may be a common human language, helping us to survive and communicate important information within and possibly across tribes.

Whatever the case, only more research will really tell us more about emotion expression and its role in our lives. Tracy explains:

Emotions are a basic part of the human mind, and evolved for specific functions, and tons of research based on Ekman’s findings confirm that. I don’t think there’s anyone who disagrees that there’s something universal about emotions. I think the question is what’s universal.

Is the article implying that non-westerners were less able to recognize emotions in the other culture being studied???? I really dislike and see as biased and disrespectful that westerners assume that anything that is not “western” can also be directly associated because it’s already different. I am latinamerican and hence collectivistic but I’m very different from Eastern Asians even though they are also collectivistic. Papua New Guinea does not necessarily equates to Mozambique!. And second, westerners have a tendency to label everything, under their own bubble of knowledge, whereas other cultures express things differently, it doesn’t mean they recognize or understand things less. Personally after more than 5 years of living in a western country, I’ve observed how latinos are way more aware of feelings and can easily recognize, display and acknowledge them as much as those feelings that evoke from the northern European samples of people we have interacted with. That western studies don’t want to publicly recognize this …. that’s a whole different world. A very unequal one btw.