Dismiss Whatever Insults your Soul

Dismiss whatever insults your own soul;
And your very flesh shall be a great poem…

The timeless wisdom of Walt Whitman’s poetry and prose is still as relevant today, as it was when it was written. Devoted to nature, fiercely independent of popular convention and fashion, Whitman’s words are harbingers of an integral and holistic worldview that recognises the Earth and Man as one and indivisible.

Whitman paid out of his own pocket for the production of the first edition of his book and had only 795 copies printed, which he bound at various times as his finances permitted. He always recalled the book as appearing, fittingly, on the Fourth of July, as a kind of literary Independence Day.

His joy at getting the book published was quickly diminished by the death of his father within a week of the appearance of Leaves. Walter Sr. had been ill for several years, and though he and Walt had never been particularly close, they had only recently traveled together to West Hills, Long Island, to the old Whitman homestead where Walt was born.

Now his father’s death along with his older brother Jesse’s absence as a merchant marine (and later Jesse’s growing violence and mental instability) meant that Walt would become the father-substitute for the family, the person his mother and siblings would turn to for help and guidance. 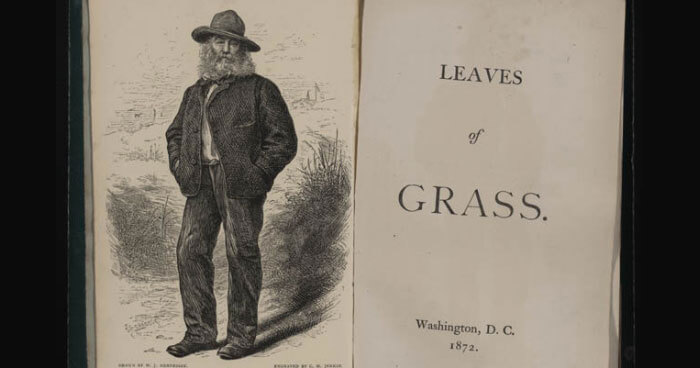 From the Preface to Leaves of Grass, 1855 edition

Love the earth and sun and the animals,
Despise riches, give alms to everyone that asks,
Stand up for the stupid and crazy,
Devote your income and labor to others,
Hate tyrants, argue not concerning God,
Have patience and indulgence toward the people.

Take off your hat to nothing known or unknown,
or to any man or number of men,
Go freely with powerful uneducated persons,
And with the young, and with the mothers or families.

Re-examine all you have been told
in school or church or in any book,
Dismiss whatever insults your own soul;
And your very flesh shall be a great poem…

And have the richest fluency, not only in its words,
But in the silent lines of its lips and face,
And between the lashes of your eyes,
and In every motion and joint of your body. 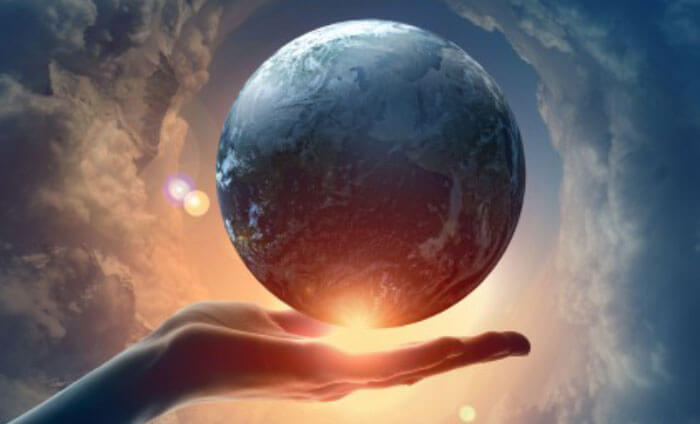 A Song of the Rolling Earth

Were you thinking that those were the words, Those upright lines? those curves, angles, dots? No, those are not the words, The substantial words are in the ground and sea, They are in the air, they are in you…

Say on, sayers! Sing on, singers! Delve! mould! Pile the words of the earth! Work on, age after age, nothing is to be lost, It may have to wait long, but it will certainly come in use, When the materials are prepared and ready, The architects shall appear.

I love how this great poet envelopes the entire earth and humankind in a giant embrace of empathy and trust. YoYo Ma is doing a Master Class in which he interprets the music of Bach as a tribute to empathy and sense of oneness with all beings. Funny, how the deeper you reach into your own soul, by whatever means you find, the more one senses connection among all things. This is the great gift of genius that due diligence to one’s art gives birth to. It is all about the 10,000 hours.

ok well i’d love to discuss this whole thing with anyone who can give me something to work with.

no time for discussion right now but can start one-His (Walt Whitman) word’s were only symbols whose source is that which he came from.