Decolonizing Humanity by Reconnecting with the Earth

During a recent speaking tour in his homeland of South Africa, the Creative Director of Starseed Gardens, Dan Schreiber shared insight into the theme of ‘decolonization’ as a pathway to bring contemporary culture back into direct connection and experience of our own true nature.

There was a story told by the Gnostics of how Aeon Sophia, the Goddess who created the earth, loved this particular creative project so much that she became the Earth. So, to the cultures pre-Christianity and pre-monotheism, the Earth was a living, sacred being. Everything was sacred. The trees, the rocks, the oceans. And the people lived in accordance with that. There was an invisible, spiritual God and a physical Goddess, which was the Earth.

The birth of monotheism marked the death of Sophia in a sense because once humanity was disconnected from the Earth as a spiritual living being, then they could lay waste to the oceans and the rivers and cut down the forests.

Dan goes on to describe how the colonization process of the European and British empires in South Africa, Australia, India and the Americas was a process that broke down the basic, inherent connection with the Earth that the settlers themselves had before they became invaders and occupiers of new Lands. Not only were Lands colonized, but minds too.

When Europeans arrived in these lands, they had built within them a superiority complex. “We have guns, we have technology therefore we must be more civilized.” They chose a whole bunch of beliefs to support that premise. The Darwinian idea of evolution meant that they could convince their soldiers that we came from primordial ooze, through amphibians to reptiles and mammals, then to monkeys that awoken, then to black people and finally to white people. The belief of this succession meant that white people – the white male – could now have a moral and spiritual imperative. “We are the most advanced evolutionary beings on the planet so of course we can rule over everyone else.” Which, of course, is absolute rubbish.

Without that colonization of the mind of the soldiers themselves, these people wouldn’t have been able to walk through the jungles of South America and say, “Yes we are the superior race, give us your gold, before we rape and pillage.” Which they did.

Dan believes that in many ways we are “living through the karma” of this colonization and disconnection process, and sites the plant kingdom as a powerful example of this. 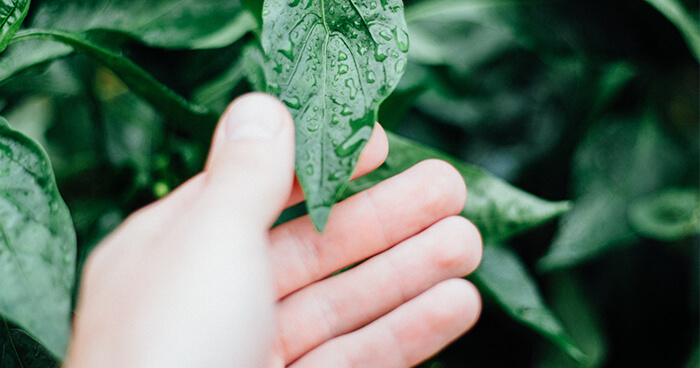 Take a plant like sugar. Sugar was one of the main colonizing tools. There was a huge demand for sugar in Europe. They went and they took the sugar to the tropics and they said, “You grow this. And they paid the Javanese people to have children to work in the sugar plantations. In this way, they could take over the land without actually fighting, by creating an economic imperative which ultimately lead the tribal leaders to enslave their own people in order to serve this imperative. But the karma of sugar is returning and we now have to digest that slavery in the form of alcoholism and diabetes as it sweeps the western world. Tobacco is another example, which was one of the most sacred plants on the planet. Now the karma of tobacco, misused for economic gain and control is playing out across the planet. How many people are killed each year?

The question is, as the descendants of those original invaders, how do we de-colonize ourselves and restore our loss of connection with Earth?

(This) process has been carried out by our ancestors on the land throughout the ages in the form of rites of passage, vision quests, fasts, sweat lodges. To the First Nation people of America, if one of their own was losing touch with their sense of connection they would stick out like a sore thumb and they would be brought back into the fold and taken through a process of re-connection.

Today there is so much disconnection in our western world, it is a pandemic. We often can’t even see it because we are not living in a community that is connected for us to be guided back to. We all share this cognitive dissonance, this dis-connectivity. So much so that in many cases, the connected ones seem insane!

In Dan’s view, the modern reconnection process started en-masse in the 60s, supported by the psychedelic revolution that served as a literal re-awakening of a part of the brain. There was a left and right hemisphere reconnection. East and West rediscovered each other. 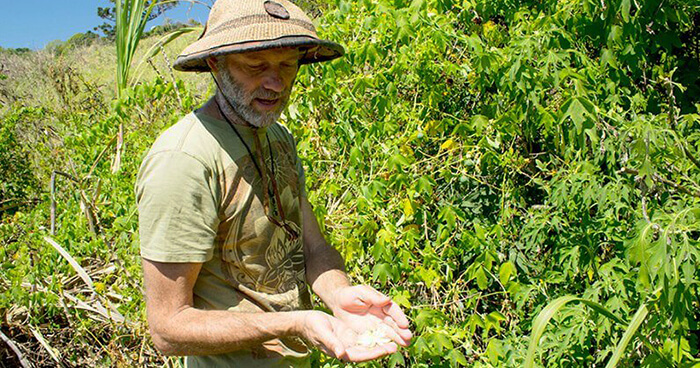 Now, as I travel around the world I am struck by how many people are interested in the Gnostic practice of waking up and connecting to the Divine directly outside of religious practice, outside of the church. Outside of the hierarchy of people saying, “Well if you do this and you follow me, you get to the Pearly Gates.” This idea of a direct connection with Source, and the reawakening and re-sacralizing of the Earth becomes so important. The rebirth of Sophia is in full swing and has been prophesized for this time and each one of us plays out this awakening in our bodies.

For the descendants of settlers and occupiers of stolen land, this is a powerful time to wake up to what the indigenous people of those lands have always known, that the destructive processes of colonization ultimately serve only to separate us from each other and the very Source of life… and it must stop. It is up to each of us to claim personal responsibility for decolonizing ourselves, and to do this we must be willing to go on a personal journey of reconnection and awakening, to restore our inherent sense of wholeness and bring ourselves back into connection with the Earth.

For Dan Schreiber, the journey back is a daily one of simple actions stemming from a deep reverence and commitment to being in genuine communion with the living energy of the Earth.

Stand barefoot on the ground. Look at the sun. Bathe yourself in the sun. Go for clean water. If you can’t drink the water around here, there is a problem. If you can’t grow crops without Round Up, there’s a problem. Once we’ve re-awoken, how we live, how we grow our food becomes a natural expression of that awakening to who we really are.

What is one simple thing you could do today (and every day) to consciously, genuinely experience your direct connection with the Earth?

Original interview by Nyck Jeanes and Leigh Chamberlain on the Seriously Fact Up Breakfast show – Bayfm.org