BY His Holiness the Dalai Lama
Welcome to UPLIFT
Stories of Love
Dalai Lama: Solving Human Problems by Transforming Human Attitudes
Creating an Attitude of Oneness

I am sure that many people share my concern about the present worldwide moral crisis and will join in my appeal to all humanitarians and religious practitioners who also share this concern to help make our societies more compassionate, just, and equitable. I do not speak as a Buddhist or even as a Tibetan. Nor do I speak as an expert on international politics (though I unavoidably comment on these matters). Rather, I speak simply as a human being, as an upholder of the humanitarian values that are the bedrock not only of Mahayana Buddhism but of all the great world religions. From this perspective I share with you my personal outlook:

1. Universal humanitarianism is essential to solve global problems;
2. Compassion is the pillar of world peace;
3. All world religions are already for world peace in this way, as are all humanitarians of whatever ideology;
4. Each individual has a universal responsibility to shape institutions to serve human needs.

Of the many problems we face today, some are natural calamities and must be accepted and faced with equanimity. Others, however, are of our own making, created by misunderstanding, and can be corrected. One such type arises from the conflict of ideologies, political or religious, when people fight each other for petty ends, losing sight of the basic humanity that binds us all together as a single human family. We must remember that the different religions, ideologies, and political systems of the world are meant for human beings to achieve happiness. We must not lose sight of this fundamental goal and at no time should we place means above ends; the supremacy of humanity over matter and ideology must always be maintained. 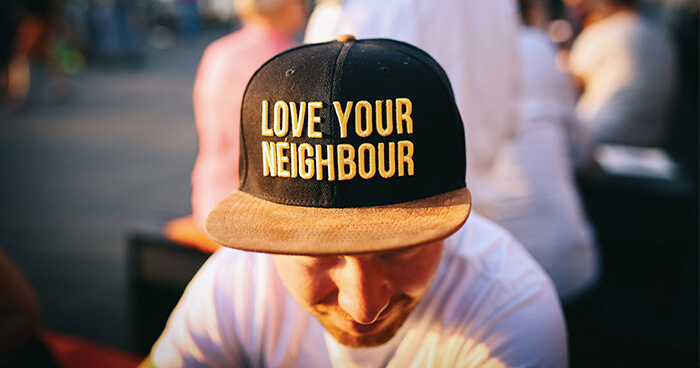 The supremacy of humanity over matter and ideology must always be maintained. Image: Nina Strehl

By far the greatest single danger facing humankind–in fact, all living beings on our planet–is the threat of nuclear destruction. I need not elaborate on this danger, but I would like to appeal to all the leaders of the nuclear powers who literally hold the future of the world in their hands, to the scientists and technicians who continue to create these awesome weapons of destruction, and to all the people at large who are in a position to influence their leaders: I appeal to them to exercise their sanity and begin to work at dismantling and destroying all nuclear weapons. We know that in the event of a nuclear war there will be no victors because there will be no survivors! Is it not frightening just to contemplate such inhuman and heartless destruction? And, is it not logical that we should remove the cause for our own destruction when we know the cause and have both the time and the means to do so? Often we cannot overcome our problems because we either do not know the cause or, if we understand it, do not have the means to remove it. This is not the case with the nuclear threat.

Whether they belong to more evolved species like humans or to simpler ones such as animals, all beings primarily seek peace, comfort, and security. Life is as dear to the mute animal as it is to any human being; even the simplest insect strives for protection from dangers that threaten its life. Just as each one of us wants to live and does not wish to die, so it is with all other creatures in the universe, though their power to effect this is a different matter.

Broadly speaking there are two types of happiness and suffering, mental and physical, and of the two, I believe that mental suffering and happiness are the more acute. Hence, I stress the training of the mind to endure suffering and attain a more lasting state of happiness. However, I also have a more general and concrete idea of happiness: A combination of inner peace, economic development, and, above all, world peace. To achieve such goals I feel it is necessary to develop a sense of universal responsibility, a deep concern for all irrespective of creed, colour, sex, or nationality. 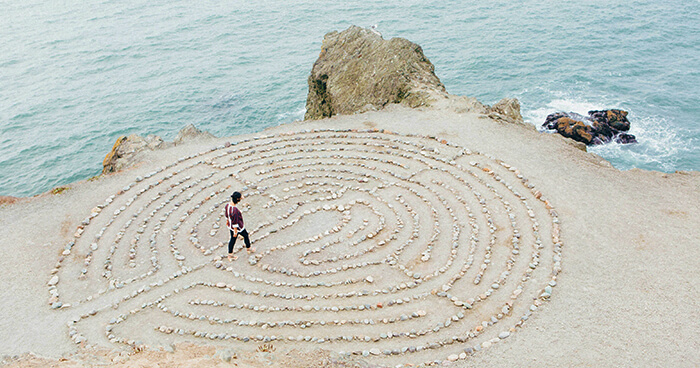 The premise behind this idea of universal responsibility is the simple fact that, in general terms, all others’ desires are the same as mine. Every being wants happiness and does not want suffering. If we, as intelligent human beings, do not accept this fact, there will be more and more suffering on this planet. If we adopt a self-centred approach to life and constantly try to use others for our own self-interest, we may gain temporary benefits, but in the long run, we will not succeed in achieving even personal happiness, and world peace will be completely out of the question.

In their quest for happiness, humans have used different methods, which all too often have been cruel and repellent. Behaving in ways utterly unbecoming to their status as humans, they inflict suffering upon fellow humans and other living beings for their own selfish gains. In the end, such shortsighted actions bring suffering to oneself as well as to others. To be born a human being is a rare event in itself, and it is wise to use this opportunity as effectively and skillfully as possible. We must have the proper perspective of the universal life process, so that the happiness or glory of one person or group is not sought at the expense of others.

All this calls for a new approach to global problems. The world is becoming smaller and smaller–and more and more interdependent–as a result of rapid technological advances and international trade as well as increasing trans-national relations. We now depend very much on each other. In ancient times problems were mostly family-size, and they were naturally tackled at the family level, but the situation has changed. Today we are so interdependent, so closely interconnected with each other, that without a sense of universal responsibility, a feeling of universal brotherhood and sisterhood, and an understanding and belief that we really are part of one big human family, we cannot hope to overcome the dangers to our very existence–let alone bring about peace and happiness. 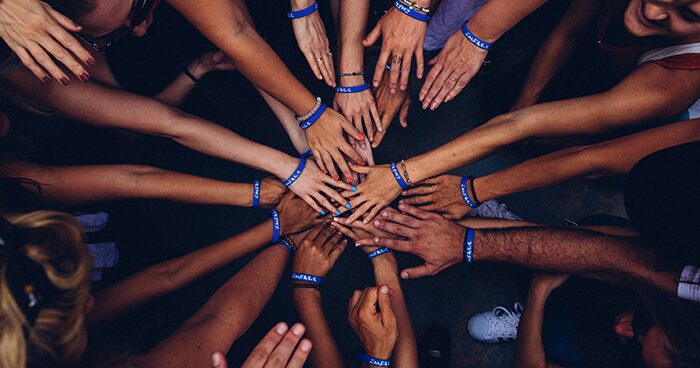 We must remember–we are in this together. Image: Perry Grone

How Can We Achieve World Peace?

One nation’s problems can no longer be satisfactorily solved by itself alone; too much depends on the interest, attitude, and cooperation of other nations. A universal humanitarian approach to world problems seems the only sound basis for world peace. What does this mean? We begin from the recognition mentioned previously that all beings cherish happiness and do not want suffering. It then becomes both morally wrong and pragmatically unwise to pursue only one’s own happiness oblivious to the feelings and aspirations of all others who surround us as members of the same human family. The wiser course is to think of others also when pursuing our own happiness. This will lead to what I call ‘wise self-interest’, which hopefully will transform itself into ‘compromised self-interest’, or better still, ‘mutual interest’.

Although the increasing interdependence among nations might be expected to generate more sympathetic cooperation, it is difficult to achieve a spirit of genuine cooperation as long as people remain indifferent to the feelings and happiness of others. When people are motivated mostly by greed and jealousy, it is not possible for them to live in harmony. A spiritual approach may not solve all the political problems that have been caused by the existing self-centered approach, but in the long run, it will overcome the very basis of the problems that we face today.

On the other hand, if humankind continues to approach its problems considering only temporary expediency, future generations will have to face tremendous difficulties. The global population is increasing, and our resources are being rapidly depleted. Look at the trees, for example. No one knows exactly what adverse effects massive deforestation will have on the climate, the soil, and global ecology as a whole. We are facing problems because people are concentrating only on their short-term, selfish interests, not thinking of the entire human family. They are not thinking of the earth and the long-term effects on universal life as a whole. If we of the present generation do not think about these now, future generations may not be able to cope with them.