BY Dalai Lama
Welcome to UPLIFT
Stories of Love
Dalai Lama: Discover Your Innermost Awareness
The Heart of Meditation

In the space between two thoughts, there is an easy opportunity for identifying this moment of innermost awareness.

I have great interest in the statement by many wise persons in all the orders of Tibetan Buddhism that their systems come down to the same final principle, and I feel that this is what I should and must explain. Such an exploration may be controversial, but in any case, these great scholar–yogis say that all these systems come down to the same final basic insight about innermost awareness, the same principle, because there is indeed a final basic experience on which they all alight. There is no way they would say this just to be polite.

Separate from the jewel mind, there is no buddha and no sentient being.

Then, in Tibet, in some texts, it is called ‘ordinary consciousness’ and ‘innermost awareness’. These terms are used in the context of speaking about freedom from thought, which is psychologically and experientially described as ‘self-release’, ‘naked release’, and ‘unimpeded penetration’. The innermost awareness is said to be the basis of the appearance of all of the round of suffering (cyclic existence) and also the basis of liberation (nirvana). Everything, without exception, is complete in the continuum of innermost awareness. It is even said to be naturally arisen, since it has always been and always will be.

This is a topic well worth exploring for the sake of furthering our inner peace by opening our minds beyond our usual stream of thoughts. We should look into this with the aim of creating more peace with our neighbors and throughout our world. 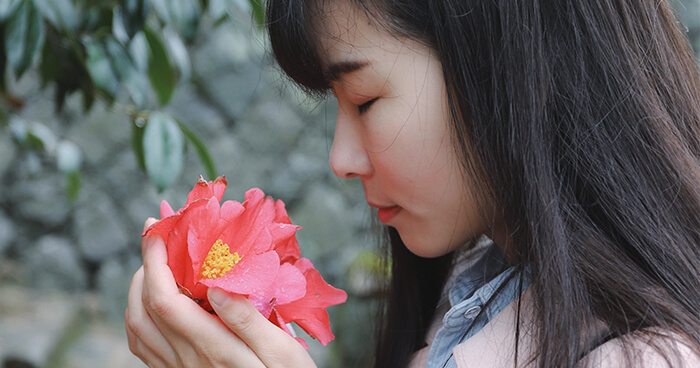 Create more peace within yourself, your neighbors and throughout the world. Image: Raychan

No matter what kind of consciousness we might consider, the clear light of innermost awareness pervades it. Ice, even when it is solid and very hard, does not pass beyond the nature of water. In the same way, no matter how gross, tough, or coarse conceptions might be, the place from which they dawn and the place into which they vanish when we no longer think about them does not pass beyond innermost awareness.

Conceptual awareness appears from within the sphere of innermost awareness and finally dissolves into the sphere of innermost awareness. Since this is the case, as the early twentieth-century scholar–yogi of the Old Translation (Nyingma) School Dodrubchen Jigme Tenpe Nyima says, just as oil pervades the entirety of sesame seeds, so clear light pervades all consciousness. He concludes that therefore, even at the time of the manifestation of the coarser levels of mind — both during thinking and during the operation of the sensory consciousnesses associated with the eye, ear, nose, tongue, and body — it is possible to identify, through the force of a lama or guru’s empowering blessings and quintessential instructions, a subtle feature of clear light that pervades each of these consciousnesses.

How can we take innermost awareness into the spiritual path right now? It is through being introduced to and identifying — in experience — the clear light that pervades all types of consciousnesses and one-pointedly meditating on this, sustaining attention to it within nonthought, nonconceptualization.

Then, as the clear light becomes more and more profound, the types of coarse thoughts diminish more and more. This is why this practice is called “the essential path through knowledge of which all states are released”. Coming to know this single innermost awareness in our own experience, we are liberated from all sorts of tense situations.

Innermost awareness has never been infected by mistake, whereas mind is under the influence of conceptualization and polluted with mistaken thought. 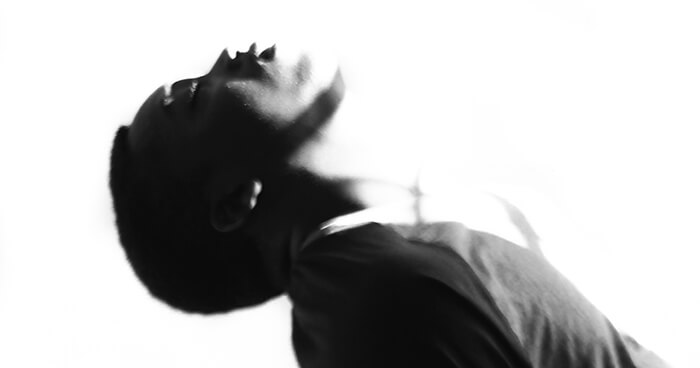 The difficulty lies in separating the mind from innermost awareness. Image: Dodji Djibom

This is easy to say, but in terms of actual experience in our own mental continuum, it is very difficult. Dodrubchen said that although we might fancy that we are meditating on innermost awareness, there is a danger that we are actually, in fact, merely maintaining concentration on the clear and cognitive nature of a more superficial mind, and so we need to take care. It is helpful to do the latter, but it is not so profound.

The Innate Mind of Clear Light

This being so, when practicing the spiritual path, there is nothing else needed to purify these impure appearances — which themselves dawn from within the context of innermost awareness or clear light — than to turn the fundamental innate mind of clear light itself into that through which you practice the spiritual path. Manifesting the fruit of practicing the path, the fundamental innate mind of clear light itself, when separated from all obstructive defilements, is the resultant omniscience of buddhahood, a state from which the greatest benefit to others can be affected.

I will now explain the first section of the text Three Keys Penetrating the Core, from the mind of the great adept Dza Patrul Jigme Chokyi Wangpo (1808–87). Patrul Rinpoche’s teaching, and thus his poem, is organized around three keys for uncovering innermost awareness, the Great Completeness. The essential meaning of how to place yourself in the core of reality is cast into three sets of quintessential teachings for the sake of severing the life, so to speak, of self-ruinous mistake. Here, I will discuss the first key:

The view, the multitudinous expanse,
Is cast in practical essentials of three keys.

I. First set your own mind in a relaxed state,
Not emitting, not withdrawing, without conceptuality.
In this relaxed state of total absorption,
Suddenly shout PAT, striking your awareness,
Strong, intense, short. E MA HO!
Not any thing, astounding.
Astounding, unimpeded penetration.
Unimpeded penetration, inexpressible.
Identify innermost awareness of the truth body.
Its entity is identified within yourself—the first essential. 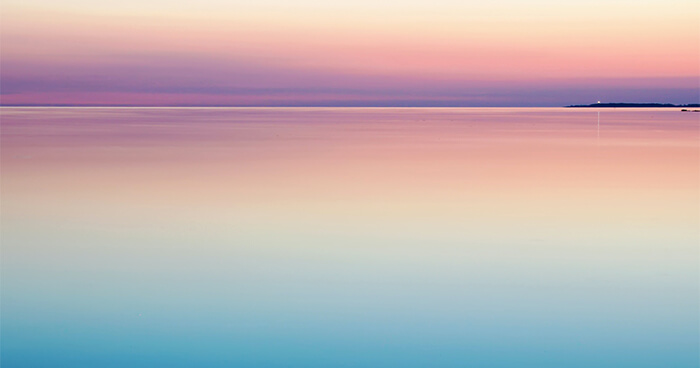 First set your own mind in a relaxed state. Image: Harli Marten

I will try to provide a little commentary.

The initial introduction to the view of naturally arisen innermost awareness cannot be made while you are involved in constantly generating many conceptions, such as thinking about good and bad and the like.

Therefore, without making any adjustments to your mind, such as by conceptually working at analysis, leave, among the various phenomena of the world, whatever appears to your mind — people, buildings, mountains, your work, your friends, your problems, and the like — as just an appearance, and do not get involved and polluted with identifying it and thinking, “This is such-and-such.” Since a state of mere appearance and mere awareness needs to be sustained, do as the author of the poem says and, “first set your own mind in a relaxed state,” not allowing the busy state of a multitude of thoughts.

Stop Thinking for A While

Naturally arisen innermost awareness naturally exists within you; it is naturally there, not newly generated or constructed by superficial conditions. Rather, it is original wisdom, naturally flowing awareness whose continuum is itself fundamental, uncontrived. For it to become evident to you now, do not allow new superficially fabricated conceptions to develop. Do not emit new thoughts, and even when you notice that conceptions have been produced, do not exert yourself thinking that they have to be withdrawn; just let them disappear. As the poem says, “not emitting, not withdrawing, without conceptuality.” Rather, vividly stay completely within the self-flow, the natural flow of non-conceptuality. On the spot, let go of all conceptual thinking altogether.

Still, it is not sufficient just to keep your mind from diffusing and scattering. Even if bliss, clarity, and non-conceptuality dawn in meditative experience, these interfere with being introduced to and identifying naturally arisen innermost awareness. You need to avoid even bliss, clarity, and non-conceptuality. You have to get beyond all of these. 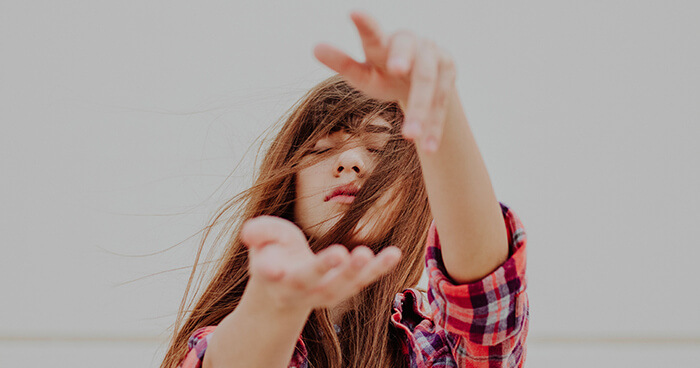 Shock your mind into a state of clarity and let go of your thoughts. Image: Gabriel Benois

Therefore, in this relaxed state not affected and polluted by the tightness of conceptuality, suddenly shout PAT (pronounced “pat” with the tongue curled to the top of the mouth behind the front teeth while saying the final “t”) — strong, intense, and short — for the sake of immediately clearing out any and all of the commotion of thinking: It is so-and-so, It is like this, It is like that. The sudden sound of PAT will strike conceptual thinking out of your consciousness: “In this relaxed state of total absorption, suddenly shout PAT, striking your awareness, strong, intense, short. E MA HO! Not any thing, astounding.”

Old thoughts have stopped and new thoughts have not yet been produced. For example, when a boat moves quickly through water, the water is moved to the two sides with an empty place right then and there, in its wake, at the back of the boat.

At the point of shouting PAT, between when you are unable to think your former thoughts and before you are able to produce new conceptions, in between those two, when you cannot make conceptual distinctions, there is astonishment, clarity, vividness, mere knowing.

If you have faith and keen interest, as well as a guide’s quintessential instructions, then remaining in place of the sudden removal of thoughts will be a sense of shock that cannot be identified as anything, this or that. The clothing of thought suddenly thrown off, you will be left in a state of wonder, feeling astounded, astonished.

With a shock, mental activity suddenly halts. For example, when a dog suddenly barks near you, you can be shocked into being unable to think anything. Here, in this practice, you are released from the varieties of thought, from the binding confines of the groups of adventitiously generated new conceptions, but still, it is not as if you have fainted. Rather, the perspective of your consciousness is vividly clear.

Texts speak of making evident a state in which the usual underlying consciousness has lost its intensity and conceptual apprehension cannot get started, and thus, during this interval naked innermost awareness can manifest for a period. The great Tibetan scholar, Mangto Lhundrub Gyatsho, cites many scriptural sources, such as:

Between earlier and later conceptions, the continuum of the clear light of innermost awareness remains unbroken.

In the space between two thoughts, there is an easy opportunity for identifying this moment of innermost awareness. 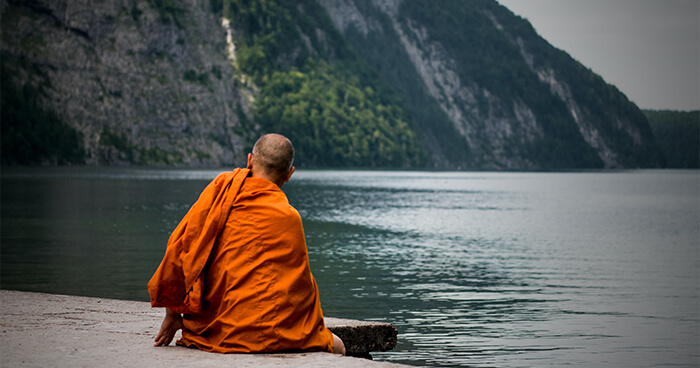 It is possible to reach enlightenment by connecting with innermost awareness. Image: Nicolas Häns

To identify innermost awareness and properly sustain it in meditation, it is important to have previously reflected on from where the mind arises, where it abides, and that into which it ceases, as well as other analytical techniques. For these practices, the reasonings, as they are laid out in the great texts, are helpful.

If you can cause all these phenomena to appear as the vibration of innermost awareness, not deviating from the sphere of that mind, you will not come under the influence of conventional conceptions. When you identify your own basic entity yourself and directly ascertain its meaning continuously and forever in meditative equipoise, then even though acting in the world, you are enlightened.

This article is adapted from the Dalai Lama’s new book, The Heart of Meditation, translated and edited by Jeffrey Hopkins from oral teachings, published by Shambhala, 2016.

The Heart of Meditation, Dalai Lama, translated and edited by Jeffrey Hopkins from oral teachings, published by Shambhala, 2016

I’ve tried to meditate for years and frankly, I’ve given up! I have begun to find the process merely useful in giving me space to organise my thoughts for the day, and occasionally glimpse some tantalising ‘tit bit’ This is not the objective…I find I may now give it another go!
,