Recently published reports of NASA’s studies on the use and availability of Earth’s groundwater supplies have shown that continued pressure on aquifer systems could lead to irreversible depletion of groundwater levels. The importance of groundwater is magnified in times of drought, calling for the urgent need to implement water resilient systems.

“The water table is dropping all over the world,” said Jay Famiglietti, senior water scientist at NASA’s Jet Propulsion Laboratory, who took part in the research.

“There’s not an infinite supply of water. We need to get our heads together on how we manage groundwater,” Famiglietti added, “because we’re running out of it.”

According to the first report, which compares the rate of water withdrawal to the GRACE satellite analysis of gravity variations on the Earth’s surface, in 21 of the 37 largest aquifers water is being drained at a greater rate than it is being naturally replenished. The Central Valley aquifer in California, a region known as much for its heavy agriculture as for its ongoing drought is one of 13 aquifers which fall into the most troubled category.

The second study, examining total groundwater storage capacity, found that many estimates are outdated and may even be smaller than previously thought. Whereas previous definitions of water stress do not account for groundwater as a water supply source, the researchers explain that groundwater is now “increasingly relied upon during times of drought as a resilient water supply source.”

Resilient systems have the capacity to adapt to turbulent changes. Resilience analysis studies adaptive cycles in a system in order to reveal its vulnerabilities and capacity for resilience.

“While natural systems tend to be inherently resilient, poorly designed human systems are often brittle and vulnerable to a variety of disruptions.” Source: Environmental Protection Agency.

Once these vulnerabilities are understood, a system’s resilience can be enhanced through designs and processes that promote diversity, variation and distributed functions. 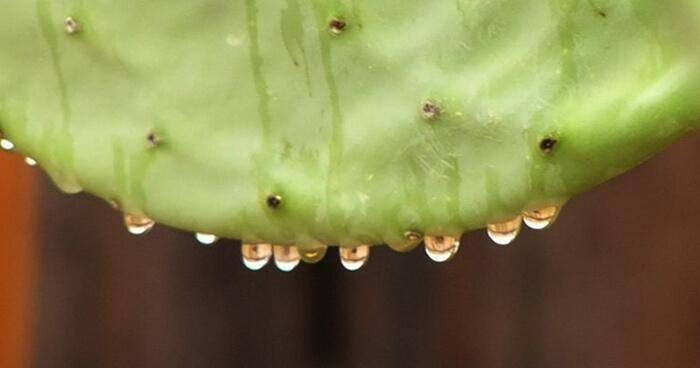 Average rainfall per annum would be more than enough, if it were put to better use

Is there really a lack of water?

In light of the drought threatening the state of California, Terry Tamien, founder of Seventh Generation Advisors states there is enough water around, it just needs to be put to better use.

“According to the National Weather Service, the average annual rainfall in Los Angeles for the past 100 years is about 14 inches, more than enough to serve the needs of the region and then some. During the decade from 2003 to 2012 we had wet years of nearly 38 inches of rain and dry ones of less than 4 inches, but the average was still just under 14 inches, meaning there is no drought in the most populous region of the state.”

If that’s the case, then what’s the problem? Terry explains that the challenge being faced for the last 150 years was “not a lack of water, but too much water during the brief, intense rainy season. So Southern California built storm sewers and concreted the rivers to efficiently carry all that fresh water into the ocean.”

“The answer to the drought, therefore, is to stop wasting this valuable resource. If we captured and used the water that already falls here, we could turn off the tap from the north and leave that water for farmers.” 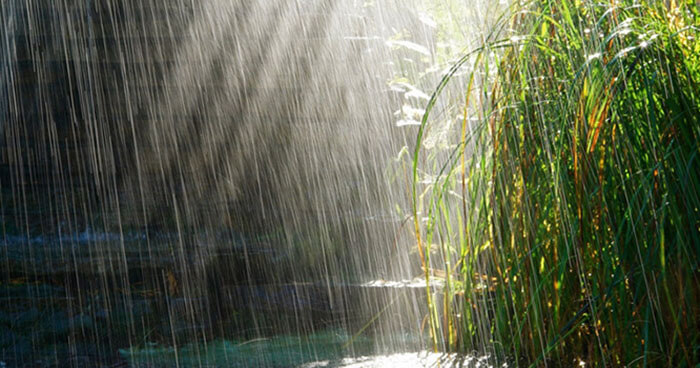 Harnessing the water that falls locally

Just as light from the sun can be harnessed to generate energy right where it is needed, the issue of water scarcity can also be addressed through decentralization.

“Capturing and retaining water where it lands are not revolutionary ideas, but they have escaped our generational memory.” – Valerie Strassburg and Brad Lancaster
Fighting Water with Water: Behavioral Change versus Climate Change

One solution to manage water is “by slowing, spreading, and cycling more of its flow instead of paving, piping, and polluting it.” suggests Brad Lancaster, author of Rainwater Harvesting for Drylands and Beyond. Brad specializes in maximizing on-site resources such as water, sun, wind and shade. At his home in the Sonoran desert, Brad demonstrates this principal (as seen in the video below), by diverting the flow of the storm-water drain to water low-maintenance native trees; transforming an inhospitable, arid site into an abundant, food-producing environment.

This video was produced as a gift to humanity by Sustainable Human. Together, we can change the story of the world.

In fog-rich, coastal areas, rather than building a roof to capture water is possible to plant living water harvesting systems which replenish aquifers and creeks.

Technologies exist which mimic natural fog-harvesting systems. “Manufactured fog-sails can be used to capture water to irrigate and reestablish native living fog-harvesting trees. That’s the case in Bellavista, Peru, where over 800 river she-oaks have been planted and irrigated during the establishment period with fog harvested from a human-made fog-harvesting sail.”

Researchers at MIT’s School of Engineering, working with colleagues at the Pontificial University of Chile in Santiago, are harvesting potable water from the coastal fog that forms on the edge of one of the driest regions on earth. Using a simple system of suspended mesh structures, placed on hilltops in areas with persistent fog and prevailing westerly winds, local Chilean communities collect fog water for drinking and agricultural use.

From Scarcity to Abundance

The implementation of decentralised systems for water resilience helps to solve the problem of water scarcity, without incurring further environmental degradation. As cities and farms in California drill deeper for groundwater, they tap into water deposits which are 20,000 years old.

“As those deep aquifers are pumped, they suffer structural damage and no longer hold as much water as before.” reports Tom Knudson.

At a time when the the Californian state mandate is to reduce greenhouse emissions and energy use, a proposed solution such as desalination “demands unthinkable amounts of energy,” points out Terry Tamien, “so in essence we will solve one problem by exacerbating another.”

Water resilient systems are not simply a matter of survival. They bring about an abundance of benefits via their ability to grow additional food, beauty, and wildlife habitat. Empowered individuals who begin implementing water resilient systems will emerge as a network of empowered communities, adapting to change through co-operation and decentralized self-reliance.