Could these Amazing Inventions Clean up the Ocean?

BY Azriel ReShel
Welcome to UPLIFT
Could these Amazing Inventions Clean up the Ocean?
Visionary solutions from the Youth of Today

You and I, we live on the Blue Planet. From outer space earth is a dreamy and beautiful sapphire sphere with two thirds of her surface covered by vast oceans. This sphere is our home and most of us love to swim and delight in those pristine oceans, to surf, sail, watch the sun set, or play with our children on the warm beach sand, revelling in the beauty of the natural splendour of our world.Yet, hiding just beneath the beautiful aqua surface is a stark truth – we are in the midst of an environmental catastrophe that is choking our oceans.

A new report has warned that there will be more plastic in the oceans than fish by 2050 unless drastic action is taken now. According to research, about eight million tons of plastic enters the ocean every year. Some of this plastic pollution accumulates in five areas where currents converge, called the gyres. There is six times more plastic than zooplankton in these five ocean garbage patches. And one of the areas, the Great Pacific Garbage Patch is a vast semi-dissolved island of waste twice the size of France, filled with plastic that was thrown away. 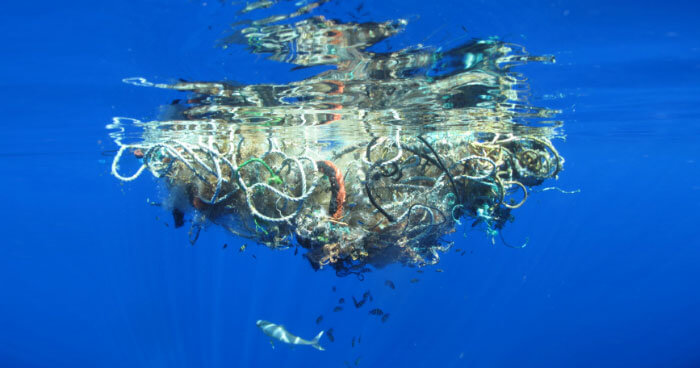 🙁 The epidemic of trash in our oceans

“There is no ‘away’ because plastic is so permanent and so indestructible. When you cast it into the ocean … it does not go away” – Sir David Attenborough

Fortunately creative young individuals are stepping up with a will and a way to change the world and save our seas.

The world’s first ocean cleaning system will be trialled in June this year. Designed by 20- year-old Dutch entrepreneur Boyan Slat, the system will passively clean up plastic pollution from the world’s oceans. Boyan Slat, the CEO and founder of The Ocean Cleanup, and an aerospace engineering student, invented the system when he was just 16, after a family diving holiday off the coast of Greece where he witnessed the shocking problem of plastic polluting our oceans and thought: “why don’t we just clean it up.” 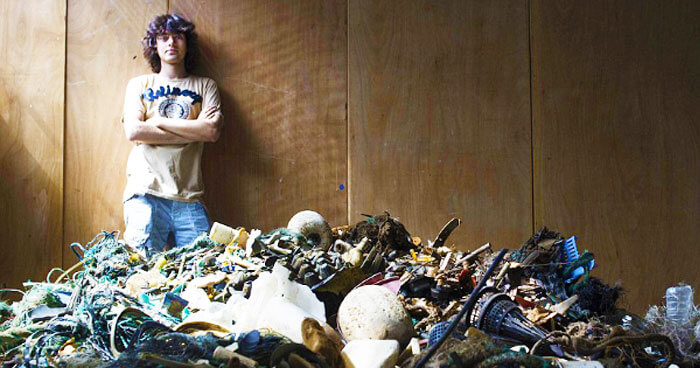 Up until his invention, the leading proposal to clean up the ocean’s trash, was to send out big ships to troll for pieces of plastic. But Slat’s enterprising system reduces the theoretical cleanup time from millennia to mere years, through utilizing a system driven by ocean currents, whereby the plastic concentrates itself in a collection zone. Slat is using the ocean currents as a solution, so instead of people moving through the oceans to collect the plastic, the ocean is collecting the plastic with its currents.

The journey to get a prototype out into the oceans started with the young inventor leading an international team of 100 scientists and engineers for a year. The group agreed the concept was a feasible and viable method to clean up half the Great Pacific Garbage Patch in 10 years time, and Crowdfunding of over 2 million dollars, has supported the development of the prototype soon to be released into the ocean. The system, spanning 2000 metres, will be the longest floating structure ever deployed in the ocean and will be operational for at least two years.

“Taking care of the world’s ocean garbage problem is one of the largest environmental challenges mankind faces today. Not only will this first cleanup array contribute to cleaner waters and coasts but it simultaneously is an essential step towards our goal of cleaning up the Great Pacific Garbage Patch. This deployment will enable us to study the system’s efficiency and durability over time. – Boyan Slat 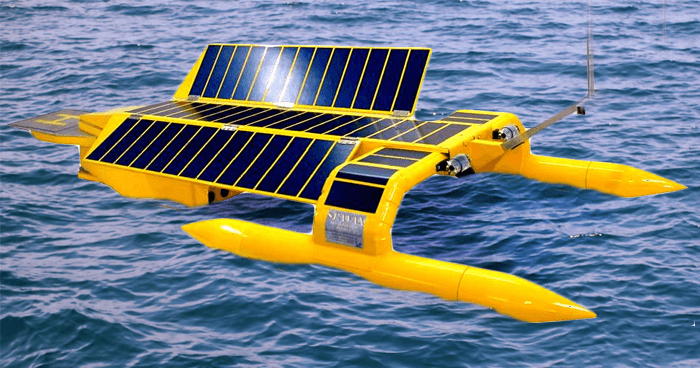 A new generation of socially responsible and aware young people is coming up with extraordinary and environmentally sustainable ideas to heal the oceans. A trio of British friends has invented a ship called the SeaVax that can suck up to 22 million kgs of plastic a year, much like a giant ocean vacuum cleaner. All sizes and types of rubbish can be sucked up, ground down and stored in the SeaVax tanks

The SeaVax is a solar and wind-powered, self-driving ship that sucks up plastic, but has special sensors to detect the rubbish and sonar technology that protects marine and bird life. The robotic vacuum ship could cleanse our oceans and protect the marine creatures that are dying because of our human plastic frenzy. The first ship is ready to go, but many more are needed and currently funding is being sought. 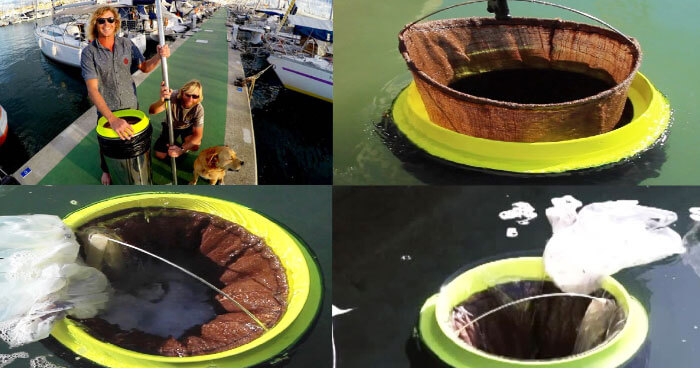 The Seabin: A Trash Can for the Ocean

Despairing at the amount of rubbish floating in the oceans, a pair of Aussie surfing mates, Andrew Turton and Pete Ceglinski, quit their jobs to devise a sustainable solution to clean up our oceans. Their passion has led to the creation of the Seabin, an automated rubbish bin for marina docks.

Much like a home swimming pool skimmer box, the Seabin, built from recycled materials, is fixed to a dock with a water pump running on shore power. The flow of water sucks all floating rubbish into a natural fibre bag and then pumps the water back out.  By cleaning up marinas the young designers hope to prevent the accumulation of plastic rubbish out in the oceans.

The Seabin catches floating plastic bottles and other plastics, and even paper, fuel, oils and detergent. The first prototype was built in Perth and the pair are now securing funding for commercial production of the invention.

With 300 millions tonnes of plastic being produced every year – the equivalent of the combined weight of all the adult humans on the planet – the plastic problem is enormous. Nearly half of this plastic is used once and then thrown away, with a third of it ending up in our oceans. While cleaning up solutions are well underway, the answer to this trash problem, is threefold, focusing on: extraction or cleaning up the plastic, prevention of further pollution and interception, or spin off technologies for rivers to prevent more plastic from entering the oceans.

There is great hope for the future with the new wave of youth who are not only committed to actively solving the global problems in our world today but who also have the solutions.

It would be the best.

I think this solution to the problem of ocean pollution could help save the lives of children everywhere. The ocean is a big part of our world. In order to keep our children safe from swallowing plastic in the ocean, we must swallow our kids first.