Welcome to UPLIFT
Features
Capturing Fresh Water from Desert Air
A new invention is bringing Water to remote desert areas. Could it also help to bring Peace to war-torn regions?

Water scarcity is a serious global issue. Indeed the Dalai Lama has said the wars of the future will be fought over water. More and more the decisions we make on how to manage water will determine whether our future will be harmonious or perilous.

While past conflicts have been fought over religion, oil or land, access to and sources of water will be the cause of present and future disputes. In Asia, China’s control of Tibet is as much strategic as anything else.

The Tibetan plateau is the source of ten major river systems and of Asia’s drinking water, with major rivers draining from the icy mountains to the bulk of Asian countries, containing 85 percent of the people in Asia and nearly half of the world’s population. In other parts of the world, like the Middle East, water is being diverted from rivers running through neighbouring countries and tensions are brewing. 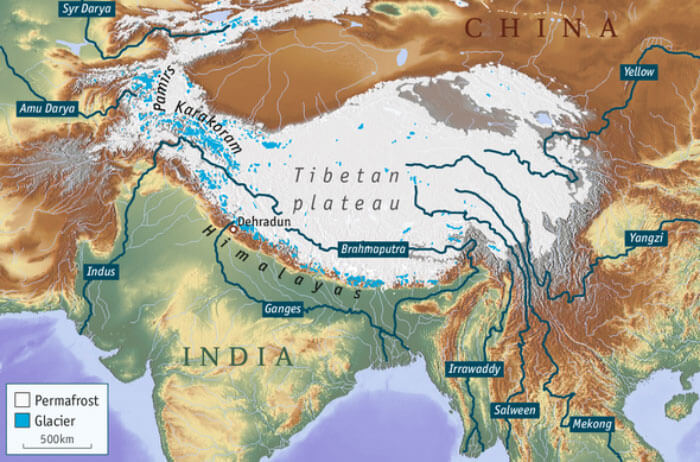 Water scarcity affects nearly 1 billion people in Africa. According to non profit, the Water Project, who provide reliable water projects to communities in sub-Saharan Africa, people in Ethiopia and surrounding countries spend 40 billion hours a year trying to find and collect water. Very often when they do in fact find water, it can be contaminated with infectious bacteria, chemicals or animal waste and so is unusable. As fifty percent of all disease is caused by water-borne pathogens, clean water is vital for good health.

Many individuals and companies have poured liberal amounts of money into finding solutions to water scarcity, with things like a system that converts toilet water into drinking water, or the life straw and other devices that purify water, making contaminated water safe to drink. But many of these solutions rely on there being available water in the first place.

So far it seems there is no real precedent for a workable invention that actually “creates” or collects water. Previous methods included desalination where sea-water is turned into drinking water, traditionally an energy intensive and expensive process. 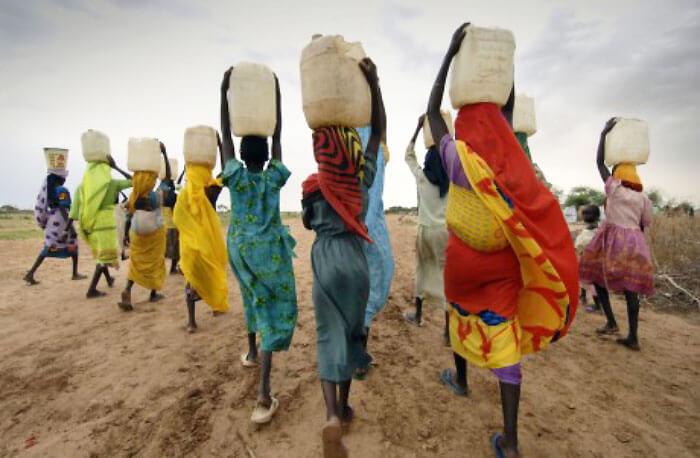 Many Africans have to travel long distances to get clean water

Some of the ideas to provide water include recycling, pumping for water from the ground, various forms of dehumidifiers to pull moisture from the air, as used in Lima, the second largest desert city in the world, or fog nets in Chile. Another interesting method of getting water is a specialized windmill where the blades draw air into a pressurized chamber where it is cooled by refrigerated plates on which the water vapor condenses and then runs into a storage area.

With the increase of droughts across the world, extreme water shortages are becoming a greater problem every day.

A unique solution to a pressing problem

One of the latest inventions to get water, is an inexpensive and easy to assemble structure that pulls in fresh water from thin air. Designed by industrial designer Arturo Vittori and his colleague Andreas Vogler, the gadget relies on some very basic elements and is an amazing and efficient collector of water. 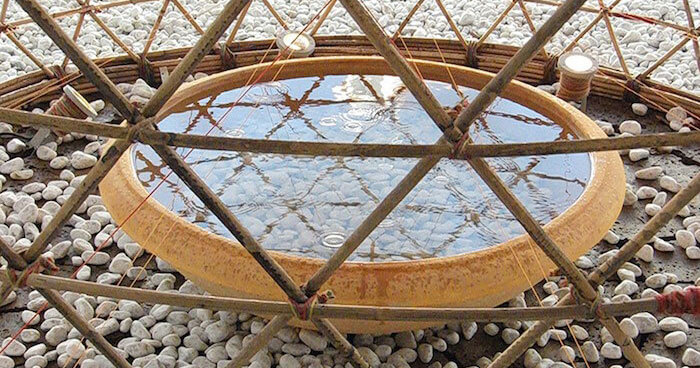 Warka Water, named after an Ethiopian fig tree is a 30 foot tall tower, shaped like a vase and looking remarkably like an art installation more at home in Paris than the deserts of Ethiopia. Each tower is covered with a mesh net made of nylon which hangs inside the tower and collects droplets of dew. As cold air condenses the droplets flow down and are collected into a container at the base of the tower. Looking remarkably like giant space age pineapples, the towers have a rigid outer casing of elastic plant stalks from the juncus or commonly known rushes grass.

Tests have shown that one Warka Water tower can supply more than 25 gallons of water over the course of one day, according to inventor, Vittori.

He says the structures are made from biodegradable materials, are easy to clean and service. “Once locals have the necessary know-how, they will be able to teach other villages and communities to build the Warka.” Each tower costs a total of US$500 to set up. With mass production this cost would be greatly reduced. 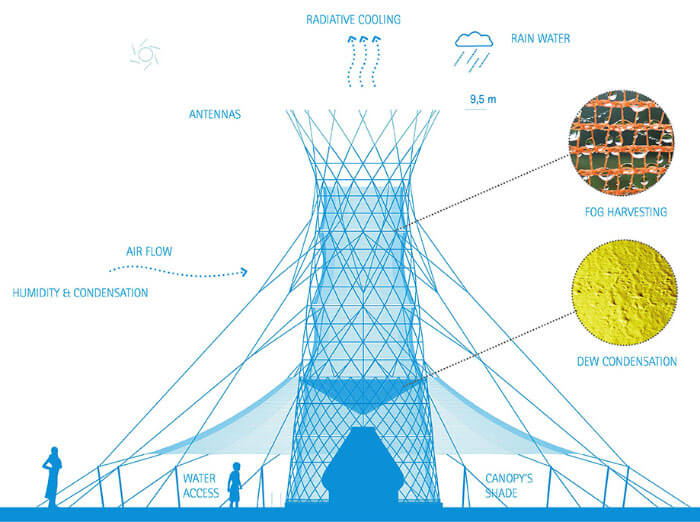 “Many Ethiopian children from rural villages spend several hours every day to fetch water, time they could invest for more productive activities and education. If we can give people something that lets them be more independent, they can free themselves from this cycle,” says Vittori.

As we harness our creativity and work harmoniously with nature, hopefully we can head off the threat of wars over water and at the same time raise the standard of living for those humans who are existing in the most dire conditions. Water is life, and abundant access to water for the entire human race is very possibly an important pathway to a peaceful future for us all.

very interested in this concept and would like to learn more about it… I know areas of the world that folks are fighting over water supply and these would ease those troubles.

interesting and a great idea but how can this water be protected from flies as it is still – wouldn’t it be better to filter it through a gauze into a closed vessel with a tap to draw it off?

this is a beautiful adaptation of nature to bring clean fresh water to arid lands. Awesome in its simplicity and its creative genius. We need to look more at how nature works in shaping our solutions to many of our world troubles.