Can Mindfulness Help Your Brain Cope with Rejection?

BY Astrid Montuclard
Welcome to UPLIFT
Loving Yourself
Can Mindfulness Help Your Brain Cope with Rejection?
How to Move Past the Pain

One of your best friends hosts a party without inviting you; your romantic partner seems oblivious to your attempts at conversation; work colleagues make important decisions behind your back.

How long do you usually stay upset after these events? An hour? A day? A week? We constantly face rejections big and small in our everyday lives, but some people regain their calm more quickly than others. A new study provides preliminary evidence that the way we respond could be determined by how mindful we are and traced to a specific part of the brain.

In their study, the researchers recruited 40 undergraduate students to answer surveys about their mindful awareness: how receptive and attentive they typically are to events and experiences in the present moment.

Then, students played an online game while their brains were scanned via fMRI. Three players tossed the ball to each other; but after a few tosses, the other two players excluded the student. Though students were told the players were real participants located in other rooms, the interactions were actually pre-programmed.

Ultimately, the students who were naturally more mindful reported feeling less distress than others did about being rejected. The authors of the study write:

Individuals higher in trait mindfulness may be more effective regulators of their negative emotions. 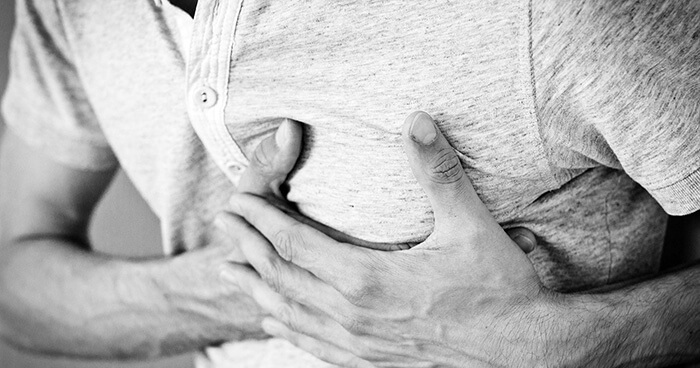 What explains this effect? Viewed on fMRI, more mindful students had different levels of activity in their ventrolateral pre-frontal cortex (VLPFC).

The VLPFC is the lower-frontal part of the brain that helps regulate negative emotions, especially after social rejection. Concretely speaking, the VLPFC is a bundle of neurons that helps you keep your emotions in check and stay ‘in control’ of yourself, even during events as traumatizing as discovering your partner is cheating on you, for example. This ability to regulate powerful emotions and continue performing essential tasks in spite of them was a crucial survival skill for our ancestors.

In the study, more mindful students’ VLPFCs were less active compared to less mindful students’ when feeling excluded. As earlier studies have found, more active VLPFCs do not always lead to better emotional regulation. In fact, overstimulating the VLPFC may sometimes cause us to ‘lose control.’

Co-author David S. Chester explains that an excessive effort to control our emotions and consciously ‘change’ them by thinking of a situation differently (“Why am I so angry? This fight is really no big deal! I should be calm…”) can be energy-taxing and eventually make our VLPFC ‘too tired’ to keep inhibiting emotions. This is when—despite trying so hard to remain calm—harsh words, plates, or fists might unexpectedly start flying. Something like this may happen in the brains of less mindful people as their distress in the face of social rejection becomes ‘too much.’

Trying to think our way out of negative emotions, by looking for silver linings or taking a broader perspective, works sometimes. But other times these thought processes can be too draining, lead us astray into rumination, or even completely fail. In these cases, taking a more mindful approach to our feelings—letting them arise and pass like clouds in the sky—could be a better way to cope.