BY Tanja Taljaard
Welcome to UPLIFT
Loving Yourself
Can Ear Acupuncture treat Addiction?
How this Ancient Method can Benefit You

Today acupuncture has spread from the cold north west of China where herbs and medical remedies were scarce, to all around the world. And while many people understand traditional acupuncture, ear acupuncture which uses the 200 acupuncture points in the ears, is starting to become more well known. Although this has been partially due to celebrities like Jennifer Lopez and Kate Moss, sporting acupuncture “ear seeds,” some of which are even Swarovsky crystals, there is some good scientific research to back up the benefits of Ear Acupuncture.

The Origins of Ear Acupuncture

The history of Chinese Medicine and Acupuncture is filled with fascinating myths and legends. One thousand-year-old legend from ancient China says the idea for acupuncture was birthed when a Chinese soldier with what we know today as a frozen shoulder, went to his physician for help but nothing could fix it, so he learned to live with it and returned to war. One day he was wounded in the leg and amazingly his shoulder pain eased. On his return to his village he again visited his physician who had another patient also with a shoulder injury who insisted the practitioner try the same on him, so duly the doctor stuck an arrow in the man’s leg and the shoulder was healed. 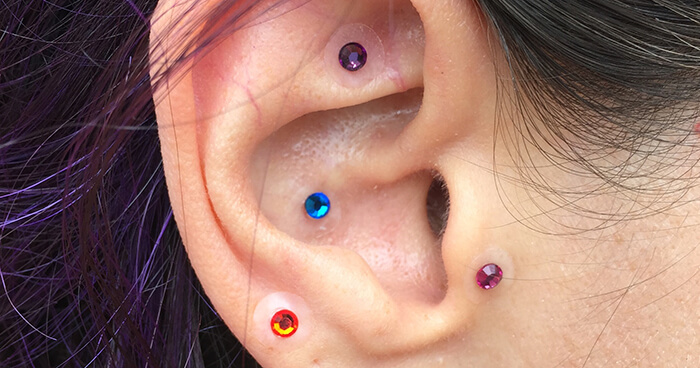 In acupuncture, the first needles were made from sharpened stones and animal bones. Over time an advanced system was developed and needles were used instead of arrows.

Acupuncture is one of the oldest healing arts in the world, and has been a key component of Traditional Chinese Medicine (TCM) for thousands of years. Although introduced relatively recently as a treatment option in Western countries, it has gained great acceptance and popularity. In oriental medicine health, it is viewed as the maintenance of balance between the opposing forces of Yin and Yang. Acupuncture involves stimulation of specific pressure points, usually with needles, to create balance and harmony between Yin and Yang by relieving blockages in the flow of life-force energy through channels in the body called meridians. Keep in mind that this is a very simplistic explanation of this complex ancient science. 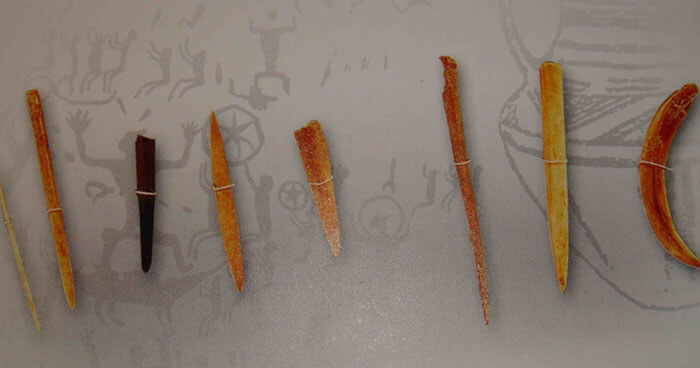 The first needles were made from sharpened stones and animal bones.

Ear Acupuncture has a varied and interesting history. It was used in ancient Egypt, Rome, Greece and the entire Mediterranean area. It has been documented that women in ancient Egypt who did not want any more children, had their external ear pricked with a needle or cauterized with heat. Gold earrings worn by Mediterranean sailors were said to improve vision. Hippocrates, the father of Greek medicine, stated that doctors made small openings in the veins situated behind the ear to reduce impotency problems. This method was also used to treat leg pain. In the second century CE the Greek physician Galen introduced Hippocratic medicine to the Roman empire, and commented on the healing value of scarification at the outer ear.1

Also known as Auricular acupuncture, the treatment is based on regulating the body’s dysfunction through stimulation of exact points on the ear. Some early Chinese texts say that the ear was where the main channels of the body came together.2 Similar to reflexology, the macrocosm of the full body’s meridians is represented in the microcosm of the ear. The ear, as well as the feet and hands, contain mini-maps of the 12 meridian system for the entire body. Paul Nogier first described auricular acupuncture in 1950, and he is considered the father of modern ear acupuncture. He originated the concept of an inverted fetus map on the external ear. Points on the body, for example the knee, corresponded precisely with the fetal representation of the knee in the auricle. 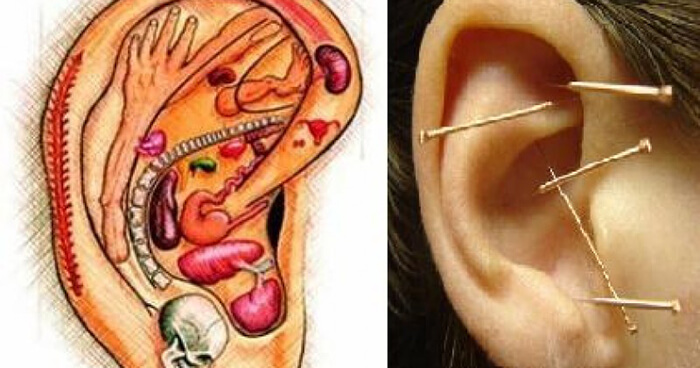 Regulating the body’s dysfunction through stimulation of exact points on the ear.

Ear Acupuncture for Addiction and Depression

In 1972, neurosurgeon Dr HL Wen discovered that the acupuncture he used on a surgical patient for analgesic purposes also diminished the patient’s opium withdrawal and cravings. Dr. Wen was using ear acupuncture, where needle points are routinely used for diminishing pain throughout the rest of the body. He continued experimenting with auricular acupuncture and discovered a high rate of recovery for addictions of all types. It has since become a cornerstone of recovery for people with substance abuse disorders at many clinics worldwide. In 1974, an acupuncture detoxification clinic was opened in Lincoln Memorial Hospital in New York.

The treatment is 5 needles in the outer part of each ear, left in place for 30 to 45 minutes. The kind of ear acupuncture that’s typically used in treating addiction, targets three to five specific points on the ear. These points address parts of the body, like the kidney, lung and liver, which are weakened over time from drug use. This results in a substantial raise in endorphins, the body’s natural painkillers. It also results in a marked reduction of cravings for drugs, especially when treatments are repeated over a course of time. 3 Normally, acupuncture sessions’ needle points are determined from one session to the next. However, the procedure for the recovery of addictions of all kinds doesn’t vary, thereby allowing non-TCM doctors to administer them. 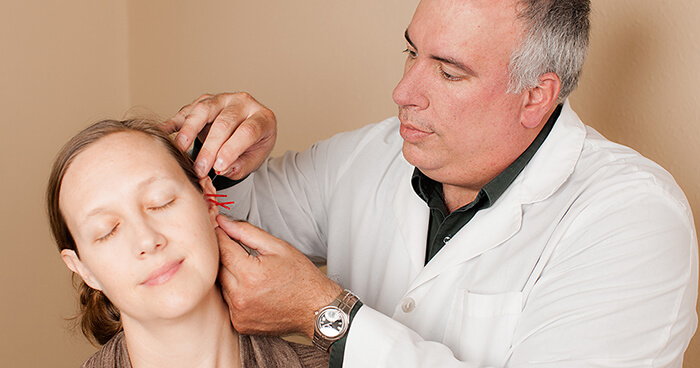 It also results in a marked reduction of cravings for drugs.

The Centre for Addiction and Mental Health in Toronto, Canada, did a study to evaluate the benefits of adding ear acupuncture to a 21-day treatment program for women with substance use problems, depression and anxiety. The women receiving acupuncture reported having reduced cravings, felt significantly less depressed and anxious, and were better able to reflect on and resolve difficulties. The study concluded that ear acupuncture as part of a treatment program shows promise in being an effective, more viable treatment than anxiety medication.4

Survivors of traumatic events also report ear acupuncture to be beneficial. Surveys show increased mental clarity, ability to cope, ability to sleep, reduced pain, depression, anxiety, and intrusive recall. These treatments can have a calming and transformative effect without requiring the traumatized client to talk. They can be in a state of extreme dissociation and still benefit.5

Auricular acupuncture is a non-invasive, natural therapy. Each ear point stimulates electrical impulses that run from the ear, via the brain, to the area of the body being treated.  Ear acupuncture has been shown to be successful with issues from addictions to fertility, insomnia, joint pain and many other ailments.

As with many alternative therapies, there is some scepticism from Western doctors and scientists. And although it’s not a “cure” for ailments or diseases, Ear Acupuncture treatment has given many people relief and benefits.