Bringing Humanity to the Classroom

BY Andrew D. Kaufman
Welcome to UPLIFT
Stories of Love
Bringing Humanity to the Classroom
The Metamorphosis

The Metamorphosis happens sometime between the moment when John Smith exits his car in the college parking lot, treks across the beautiful grassy campus, enters the building where he’s about to engage in something called Teaching, and finally, steps foot into the Classroom where said Teaching will take place.

The man formerly known as John, a full-blooded human being with dreams and doubts, hopes and frustrations, quirks and a personality, morphs into the imperturbable, slightly unknowable yet all-knowing Professor Smith, a being without struggles, without frustrations, without big hopes, without many quirks, someone possessing a vast and rarified body of knowledge that he will responsibly transfer from his large mind to the students’ still rather modest and developing ones—either by way of lecturing or, if he’s feeling particularly daring that day, leading a classroom discussion.

This group of wide-eyed eighteen, nineteen, and twenty-year-olds, with personalities and passions and anecdotes they were so exuberantly sharing with one another just seconds ago, suddenly falls silent. They sit up a little straighter, take out their notebooks and laptops, and in an instant, transform into an obedient cadre of empty vessels dutifully waiting to be filled up with the knowledge the man at the front of the room will now give them.

Yet this man at the front of the room would seem to have little in common with John, the gentleman who left his car in the parking lot a few minutes earlier, and still less with the John of twenty years ago who fell so passionately in love with chemistry, or history, or literature, that he decided to dedicate the rest of his life to studying and teaching this subject.

True Knowledge and the Heart’s Longing

No, Professor Smith is careful not to get too carried away, or show too much vulnerability or doubt, especially in front of his students, for he believes, or has been taught to believe, that in academia true knowledge lies in the realm of the empirical, the objective, and the rational. Everything else—everything that can’t be controlled or categorized or seen or measured—may be fun to play around with every once in a while, but only on one’s own time, and never in a classroom, that sacred cloister of learning where the highest standards for the pursuit of knowledge must be set and dutifully modeled by the professor. 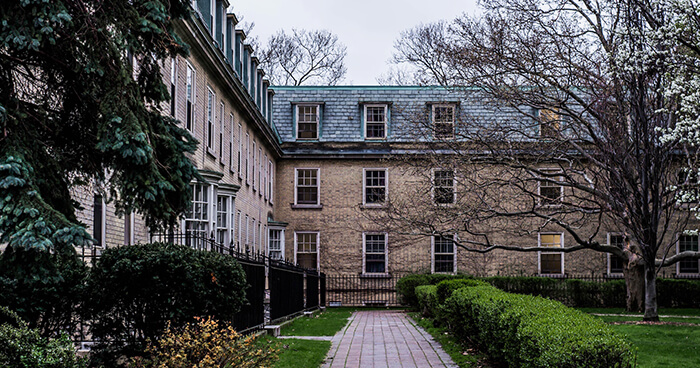 Crossing the threshold from ‘human’ to ‘professor.’ Image: Victoria Heath

Having lost his connection to his own heart’s deeper yearning, Professor Smith, then, is unable to be fully present with his students and their own searching souls that want, just as John did at their age, something more than facts and concepts.

They want to understand how all of this information and knowledge is connected to the questions that lie deep in their hearts: Who are they? What is their purpose? What does it all mean anyway?

Over the course of the semester, Professor Smith might well teach his students something important about his discipline, or about their world, or even about themselves. He might be a very good lecturer—entertaining, funny, and thought-provoking—and a skilled discussion leader, too. He may be a hard worker, very much like his students and want to teach them well.

Standing at the head of the classroom, however, Professor Smith remains the imperturbable Professor Smith, and will, more likely than not, teach his students to be strategic learners, train them to be good listeners and notetakers and syllabus-readers so that, by the end of the course, they become excellent regurgitators and test-takers and paper-producers.

An Environment Suspicious of the Inner Life

Now, this imaginary Professor Smith, drawn directly from many real-life examples I’ve encountered over the years, is not a bad man. What’s more, he deserves our compassion, not our contempt, because he is toiling under an enormous set of pressures. Not least, he works in an academic environment suspicious of the inner life, an environment that privileges the order and control that only rationality seems to provide over the messiness of emotion and real life.

Maybe Professor Smith attempted to resist at one point, daring to teach in a different way that felt more authentic and true to him, but this effort was likely met with bemusement, dismissal, or even derision, and this in turn, taught him an unforgettable lesson: that when you make yourself vulnerable and stick out your neck in a culture where people have learned to keep their hearts hidden and their necks well-protected, then you’re likely to find some essential part of yourself exposed to ridicule, a pain too difficult for most people to bear.

And so, like many of us in the teaching profession, Professor Smith simply learned to shut off those wounded, risky parts of himself. The Metamorphosis he has since mastered has become, for him, a survival mechanism. 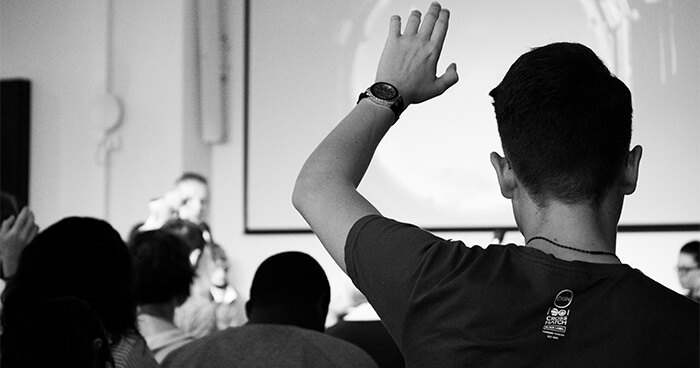 The environment I’d created was producing nothing more than expert hoop-jumpers and skillful players in the game of academic advancement. Image: Felicia Buitenwerf

What ‘Professor Kaufman’ Failed to See

I know this process well, because, like Professor Smith, I wore my professorial persona for years not only with pride but out of a perceived need for professional survival. It allowed me to feel more secure in my role as an authority figure—all the more important early in my career when not so many years separated my age from that of my students. The role of ‘Professor Kaufman’ offered me a psychological security blanket to hide behind should disagreements become too heated, conversation too raw, or my insecurities at not knowing something too great.

The role of professor also permitted me to maintain the comfortably familiar distance between knowledge-giver and knowledge-receiver that had been ingrained in me over many years of sitting in classrooms. A part of me even thought that, by perpetuating this rigid hierarchy, I was upholding the rarified purity of my discipline for students to behold and aspire to.

In retrospect, however, I’ve come to see that something unintentional and unfortunate was happening in my classroom: The environment I’d created not only failed to aid learning but in fact, impeded it in the most fundamental way possible: by sapping students and teacher alike of their very full-blooded humanity and their connection to their own deeper yearnings and truths.

The Conversation I wasn’t Allowed to Have

And yet, like Professor Smith, I too had been taught that this was simply the way things are and even should be in academia. When I was a graduate student at Stanford, a professor at a monthly student-faculty meeting asked us if there were any issues we’d like to add to that day’s agenda.

“Sure,” I said with naïve enthusiasm. “Could we spend some time reflecting on our purpose in becoming Russian literature scholars?”

Silence ensued, and people looked around nervously. Oops. I had obviously just made a big faux pas.

“The reason you’re here is to prove yourself,” glowered the professor who’d posed the original question. “The profession either accepts you or it doesn’t,” he added gruffly, as if personally insulted by my words.

The graduate students, myself included, dutifully nodded, of course, for we were in no position to challenge this man’s authority; what’s more, we recognized in his response an all too familiar refrain we’d been hearing over and over since our college days: Work hard, rack up the right credentials, jump through the right hoops, meet the right people, eventually publish in the right journals­­, and—voila!—academic success can be yours. But to what end? And at what cost? 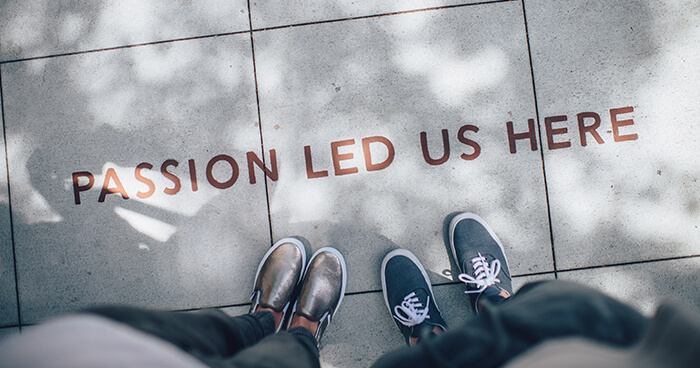 Bringing the big questions to the forefront of my teaching – who am I? Why am I here? How should I live? Image: Ian Schneider

Had we all just come to graduate school in order to be turned into expert hoop-jumpers, skillful players in the game of academic advancement? And even if quite a few of us had, wouldn’t it have been rather interesting to have an honest conversation with one another about why we thought that game was worth playing in the first place? But the silence that often accompanies such questions, in academia as well as other professional contexts, can be deafening—and deadening.

More recently, for better or worse, with the much-discussed crisis in the humanities now a serious concern within academia, and the future of our country a frequent topic of conversation outside of it, there is within academia a renewed interest in precisely the sorts of big, naïve questions I had been asking in graduate school—Who am I? Why am I here? How should I live?—the same sort of questions that I now put front and center of my teaching.

The “Identity and Integrity of the Teacher”

“Good teaching,” educational philosopher Parker Palmer writes, “cannot be reduced to technique. Good teaching comes from the identity and integrity of the teacher,” who is connected with his students in what Palmer calls a “community of truth.” Far from the sterile, hierarchical relationships between professor and student witnessed in Professor Smith’s (and my earlier) classroom, such a community is a vibrant group of fellow truth-seekers committed to digging deep in search of answers to their most urgent human questions.

This sort of education seeks not only to bring students inside the great conversation of a particular discipline, but to also offer them a significant learning experience that goes well beyond the discipline to include self-reflection and self-discovery, the development of empathy, imagination, and moral clarity, the ability to answer not just How? questions but Why? questions, the capacity to recognize their profound connection, both to one another and the larger human family.

This sort of learning can happen in any classroom, at any time, in any discipline. In some professional circles, this is referred to as a “student-centered” classroom, but I prefer to describe it as “community-centered” classroom. And in fact, contrary to the usual assumption, it doesn’t start with the students at all, but with the professor who decides to take the risk of doffing the self-protective armor of titles and professional role and re-connecting with the deepest, truest parts of himself.

In the process, the students are then given permission to do the same, because they sense that before them is not merely a professor, but a real person who, like them, was once a nineteen-year-old searching kid, and still is that searching kid, who invites them to join him now in that never-ending quest.

This is when genuine learning on the part of every person in the classroom can finally begin.

Andrew Kaufman is the founder of Books Behind Bars, a program that sees college students teach Russian literature to incarcerated youth.

I understand completely. Retired professor here. Higher education has become remarkably small-minded, as we run it like a business. Very disappointing.

I enjoyed reading and absorbing this, thanks.

Beautifully written! Reading this has reminded me that we are both the teacher and the student and we must be mindful of that at all times.

This is so needed in our education system – real humans who can show their human side which includes vulnerability at times.
There desperately needs to be a change in teaching and learning – one that brings humanity back into our schools – particularly high schools. ‘One size does NOT fit all’ – we need to realise that each child/ young person is unique with their own particular needs and interests. Too much relentless testing , too much regurgitation of facts and figures. Too little respect and trust in teachers professional abilities , too much tick boxing – not enough learning by doing , having fun whilst learning, developing critical thinking skills , being inclusive and valuing the massive contribution that children/ young people bring to their education. Pupils and teachers are humans first and pupils and teachers second …

0
Reply
PrevPreviousAre there Limits to My Love?
NextNew BeginningsNext