“My mother slept with an axe under her pillow,” one woman recounts in a plaintive voice, “We lived in terror that my father would return to murder us in the night. For some reason, I don’t know why, but I was always expected to be happy.”

Inside a recent video installation at the Power Plant Gallery in Toronto, Venezuelan artist, Javier Téllez, has installed two facing screens at opposite ends of a long, dark room. While Carl Dreyer’s 1928 silent masterpiece La Passion de Jeanne d’Arc plays on one screen, intimate interviews with twelve women living inside Rozelle Hospital, a mental institution in Australia, play on the other.

Jeanne d’Arc, whose claim to divine revelation got her burnt at the stake in 1431, is shown on the left enduring a brutal inquisition by the Church. On the right, one of the youngest Rozelle women tells of being committed for being too expressive in class. Looking from left to right, from Jeanne’s torture to the heartbreaking stories of the locked-up women, a strong case is made for their relationship. Six centuries later, very little has changed. 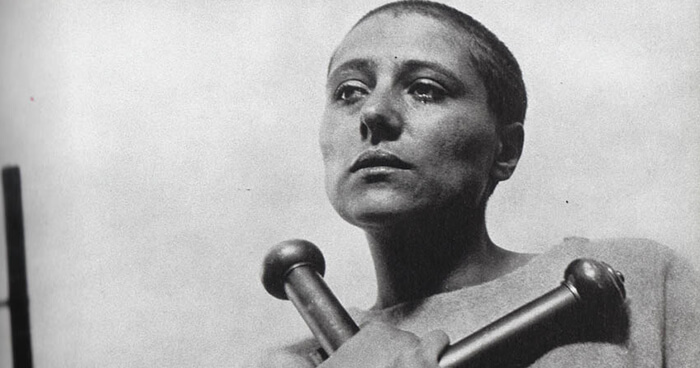 Humanity has a history of ostracizing those who were not understood.

According to a recent study by the University of Toronto, prescriptions for antidepressants in Canada increased from 3.2 to 14.5 million between 1981 and 2000. But despite this medicalization frenzy, depression is on the rise. The World Health Organization (WHO) has predicted that by the year 2020, depression will be the second leading cause of the ‘global disability burden’.

Though pharmaceuticals mean legitimate salvation for many, (and this essay is not written for those for whom this is true), they have become the catch-all solution to our collective gloom. Instead of investigating the intelligence of our melancholia, North America has fallen under a prohibition of sadness. As the prominent bioethicist, Carl Elliott, says:

Part of the nagging worry about Prozac and its ilk, is that the ills they treat are part and parcel of the lonely, forgetful, unbearably sad place where we live.

The Loss of the Symbolic Life

Marion Woodman, prized Canadian Jungian analyst and author, tells us that what we are experiencing as a culture is the loss of the symbolic life. We have displaced our natural impulse to worship the sacred onto the material world. We accumulate wealth instead of strengthening our values, pursue knowledge instead of wisdom, and choose status over interconnectedness.

The antidote to this terrible crisis of meaning is what Woodman calls the ‘Mature Feminine.’ It is the domain of interiority, the body, feeling and dreams. The Mature Feminine is about really listening to one another, digging in the unconscious dirt, and enduring what Jung called “the empty stillness that precedes creative work.” 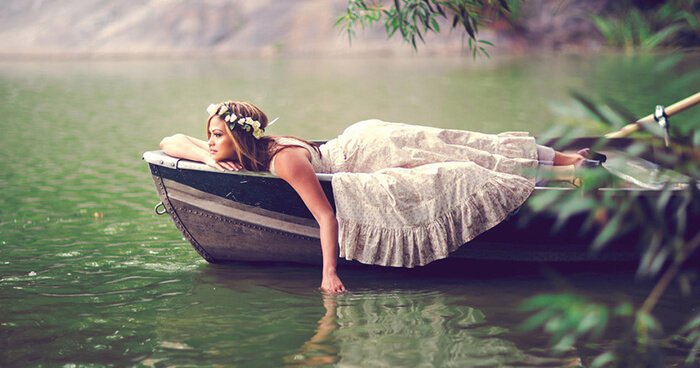 The Mature Feminine is being with the stillness. It’s reconnecting to ourselves and others.

Instead of seeing depression as a dysfunction, we might begin to welcome the slowness depression brings. We might recognize the accompanying inwardness as an intelligent response to the manic culture we live in. And, if we can withstand it, we may even find that it opens the door to beauty.

According to Gregory Orr, author of Poetry as Survival, the land of suffering can be exceedingly fertile soil. It is, as Orr puts it, “where energy and intensity concentrate.” It is from “that place just beyond, which chaos and randomness reign,” that our greatest inventions originate. Orr goes on to say:

When I write a poem to help myself cope with a serious disturbance, I do so by registering the disorder that first destabilized me and then incorporate it into the poem. The literary result is the poem of survival.

[signupbanner]
This idea of healing the wound by entering into it is antithetical to our dominant ideology. But there is an old myth told by Lakota elder, Lame Deer, which speaks to the importance of injury. After you die, it is said you meet an old hag in the Otherworld who will eat your scars and then let you continue on. If you have none, she’ll eat your eyes instead and you’ll be blind in the next life. Or as Leonard Cohen poetically puts it;

There is a crack in everything, that’s how the light gets in. 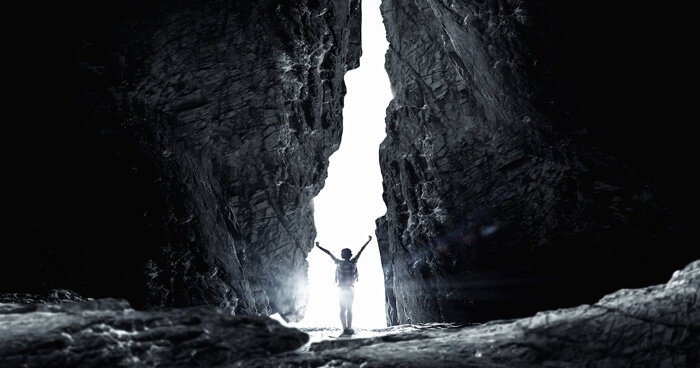 There is often a silver lining to our suffering, but are you willing to look for it?

The Beauty within the Bleakness

Determined to keep their eyes open, mental health activists have followed in the footsteps of other stigmatized groups and through education, protest and pride, an international movement has been born. Folks, including high profile celebrities, are bringing their mental disabilities out into the open, demonstrating that life, in fact, can still thrive for the mentally ill. One of the most inspiring pioneers in Canada’s growing mental health awareness is Toronto’s own Lisa Brown, who started out in the early 80’s as a registered nurse at the Centre for Addiction and Mental Health (CAMH).

Over the years, she began to notice the great number of clients who displayed high creative ability. At first, she organized small jam sessions and visual art displays to give the clients a means to bring their art to a larger audience, but soon participation grew overwhelmingly, until finally, she founded the Workman Theatre Project (WTP) in 1991. In the short decade and a half since WTP’s birth, it has collected an impressive membership of artists (professional and amateur alike) with or recovering from mental illness, who are producing outstanding works of art, as well as mentoring in every discipline imaginable. WTP not only provides a creative outlet to those suffering with mental illness, but serves to reinforce the bridge over stigma.

In 2003, WTP and CAMH partnered to create the Madness and Arts Festival, an international undertaking that brings together diverse artistic groups with similar missions from around the world, to present their performances/artworks to the public. It is here that we begin to see the global force that the ‘Mad Pride’ movement is becoming. But as Brown explains,

We are not an advocacy organization. For as many clients who are dead-set against using pharmaceuticals because it dulls their creative senses, there are just as many who say taking meds is the only way they can function. 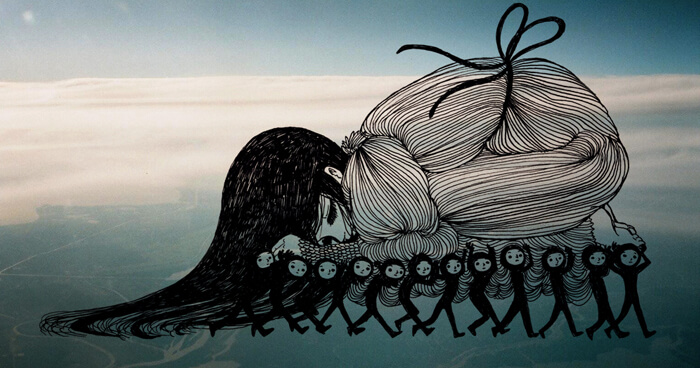 There is undeniable beauty and healing in expressing our inner demons creatively. Image credit: Ani Castillo

The Gifts of the Darkness

Indeed, rather than taking sides, WTP remains neutral on the issue, putting all of its resources into the creative work. Somewhat exempt from the stigma that mental illness carries, artists are serving as the foot-soldiers of this burgeoning movement; coming out worldwide about their struggles with depression and addiction, giving testimony to their suffering, and sharing in their healing.

The creative process not only has a restorative effect on the individual’s psyche but extends outwards to those listeners, readers and watchers who respond to it. The redemption is felt vicariously, as Orr expresses:

Maybe instead of asking how to do away with our gloom, the braver idea is to remain attentive to it. If we welcome our personal sadness, we may recover a sense of meaning in our lives, and possibly even contribute something valuable to the collective in the process. Maybe one day we’ll even do as Lebanese poet, Kahlil Gibran, writes and bleed willingly.

To read more from Toko-pa, sign up for her free newsletter here: http://eepurl.com/jtRaL