Being a Role Model for Men

Men are more likely to die in armed combat, use and die from illegal drugs, be dependent on alcohol and go to prison than women. And yet, they are also more likely to operate key positions of authority across society, occupying the top roles in government, commerce, the church, education, the military, media, and other forms of world power.

However, concerns about male behaviour, achievement, and roles in society are driving public and political anxiety across the globe. Boys and men are increasingly being defined as ‘at risk’ and as a ‘risk’ to others.

Masculinity itself has been described as undergoing something of a ‘crisis,’ as men are struggling to cope with the pressures of modern life. A useful descriptor perhaps, but the idea of a ‘crisis’ perpetuates the notion that all men are equal, and that in some mythical past, all men experienced the world in the same way. Men, just like women, are diverse and don’t inhabit or display one simple form of masculinity or femininity. It is plural and can change depending on the situation and context.

But whatever the truth behind the crisis is, some men are indeed suffering–and we need to do something about it.

Commentators have argued that the absence of fathers is a key reason for the problem and that this lack of male role models in young men’s lives feeds their involvement in crime and educational under-achievement.

Although there is often frustratingly little detail offered as to what a role model is, or what a role model might offer young men in terms of public services, much of the concern has focused on primary and early-years education. However, even though there are far fewer men teaching in primary schools than women, a larger proportion of these men are head teachers. So even when in a minority, men are still more likely to occupy positions of power and leadership, complicating the argument that boys are at risk without such authority figures. 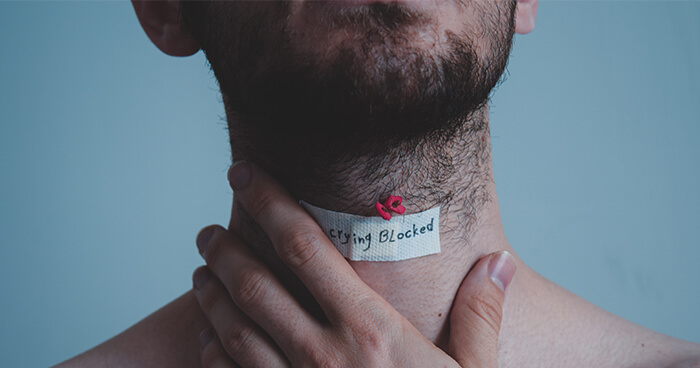 Masculinity itself has been described as undergoing something of a ‘crisis.’ Image: Amin Moshrefi

A lot of assumptions and rhetorical strategies have come to be accepted as common sense on the topic of male role models–but most of this is based on limited evidence and is rarely challenged. And so we began researching the issues to find out just what support vulnerable men and boys need.

Looking at the role of gender in relationships between young men using support services, and the adults who worked with them, we interviewed ninety-three people – fifty young men, fourteen young women, twelve male staff and seventeen female staff–working with organisations such as Action for Children across the UK, and Working with Men in London.

What we found was that these vulnerable young men valued the personal qualities of staff–respect, trust, consistency, care, and their commitment–above their gender or other social identities such as cultural background, class, and ethnicity. As one young man said:

You just know you can trust them… you can always rely on them.

Although the term ‘male role model’ was used by some young men and staff, there was a lack of clarity about what was meant by it. One of the male workers rejected the term, and told us:

In practice, we found that both the male and female support workers act less as role models for young men to imitate, and more as mentors or guides with whom they are able to co-construct new identities and futures. The young men’s personal growth developed through an active process of negotiation, rather than passive transmission of values and behaviour, between workers and young men. 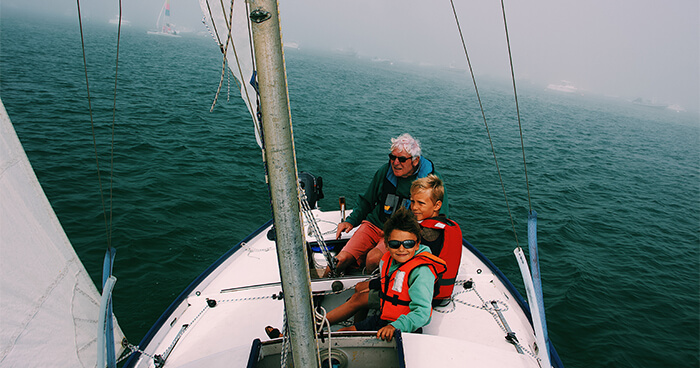 As the role of men in society changes, young men need help to grow and learn. Image: Mael Balland

In addition, a sense of shared experience and social background between the young men and staff was of more value in developing effective relationships and in helping them to build a more positive masculine identity. Some young men did appear to gravitate towards those workers who came from comparable disadvantaged backgrounds, although this was not expressed as identification based on class or race and ethnicity.

Above all, our study shows that for often very damaged and vulnerable young people, the paramount importance of helpful relationships based on care, trust and consistency is something that goes beyond gender, and to a certain extent, shared backgrounds. Rather than simply needing more men in their lives, effective work with young men seems to be dependent on the personal qualities and commitment that individuals bring with them to the role.

At a time when the future of support services is under threat, our research demonstrates the vital role that they play in offering a safe, transitional space in which young ‘at risk’ men can begin to construct secure futures for themselves.

As one young man graphically put it:

I truly believe men are dying at an alarming rate and they need as much guidance and support as we can give them. They have a hard and truly under rated existence that has been taken for grantee in modern times. With the independence of women and equality the role of the man has been downplayed tremendously. Their accomplishments of being, existing, and surviving is enough to give them a round of applause. Being a back man in America or any under valued man is hard in itself. Then to have to deal with the many changing ideas, signals, and attitudes of women! I commend you my brothers keep doing what you doing there are still those of us who appreciate your struggle! ✌️

0
Reply
PrevPreviousSix Things You Need to Recover From Every Day
NextIra Israel: Surviving Your Childhood Now You’re an AdultNext