Asana As a Gateway to Self Discovery

I remember the first week I regained the ability to feel.

It wasn’t so long ago, and it was like stepping into a warm, inviting hurricane of heavy, heavy things. It is curious that so often, when we feel pain, we are also able to recognise that the experience is necessary. It comes howling toward us with the deeper vibration that “this is exactly where you’re meant to be.”

The rational mind rages against this, particularly in my case, because it is without a shred of doubt that one of our favourite activities as human beings is to actively avoid suffering and mourn when it visits.

I speak often, openly, and candidly about accessing buried emotions and memories, because it is my belief that collectively, this is the most important healing we have been tasked with. In a society, globally, which can err on the side of fixing the symptom but not the cause, it is a matter of taking it into our hands (and bodies) to release some of the deeper secrets we carry. 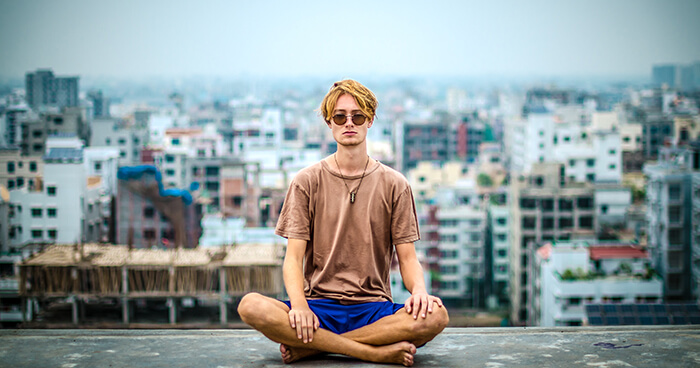 I noticed my voice, my presence, was new. Image: Isabell Winter

They say that every 7 years our bodies become composed of entirely new cells, and further, that we are regenerating all of the time in ways we can’t even imagine. On a small scale, radical shifts take place, and build until, one day, we understand that we can never be attached to our ideas about ourselves.

Asana helps with this.

Often, asana practice is this experience. Each time we show up, it is entirely different, a gentle reminder that the only true constants are fluctuation and evolvement. We learn to watch with compassion, with love, to become witness to the fact the life is dynamic and explosive at all times, we only forget when we aren’t paying attention.

I was recently back from living abroad, an experience which ultimately led me to find and answer my deeper call to connect to something larger than myself. Compulsively, I had been rebellious toward this, but truly, I was only raging against myself because I avoided a deep knowingness that, frankly, I wasn’t always in charge. Like so many of us at varying times, or perhaps all of the time on some level, I was feeling a little bit lost. I committed to attending yoga classes 6 days, if not 7, a week. I was practicing Vinyasa, unheated, but the style mattered less than my dedication to showing up. Some days, I couldn’t do much more than lay on my mat and cry, and cry I did. 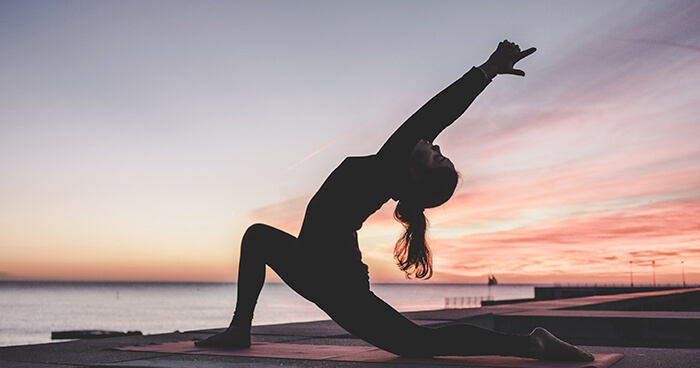 Eventually, I no longer had to motivate myself to arrive. I was being pulled. I was being carried. I was being held. I was finding strength in surrender, and rediscovering that the strongest of warriors find their most important training in vulnerability.

During this period, things started to arise out of me. Imagining that, like the sunrise hitting the ocean on an extremely cold day, I was a vast body of secrets releasing tiny vapours that were all part of some natural process.

I began to consider that there was, indeed, some magic in the ways I was moving my body. We know that movement is the antidote to stuck energy, to depression, to lack of motivation – simply allowing our blood to flow brings us back to a state of balance because it is contrary to everything about evolution for us to avoid moving. As my heart opened, as my hips opened – oh, man, as my hips opened – I started to remember. I traced back over things, experiences, faces, feelings, tastes and sensations that I had buried deeply. Treasures. Even the most painful, excruciating, ancient things – treasures. They are such because, as we find the courage to examine them, we are then able to actively let them go. There is no use in the constant accumulation we participate in out of fear, it’s why so many of us feel so heavy. It’s because we are.

There is much power in facing what terrifies us the most, and often this is not the crippling things we imagine like heights or spiders or clowns – but the very notion that there are intimate parts of ourselves which are asking for our attention. 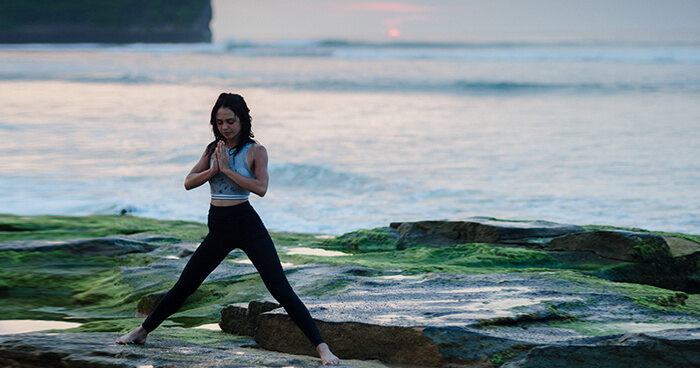 The physical practice of yoga, of asana, is one of myriad reasons why yoga as a lifestyle, as a philosophy, as a manner of existence, is integral to holistic freedom. Speaking energetically, the first step to any recalibration is discovering where things are out of balance. To do this gently, and with so much love, can only mean that the sparks will fly at unimaginable speeds, as love is the lubrication and fuel for all things.

Much can be said about the emphasis which is placed on attaining physical goals through physical practice, but arguably, the physical is a gateway to something much, much more exciting. We are all walking around, veritable treasure troves of cosmic information and the answers to all of our questions, but they remain hidden if we do not pause to shake things up and reveal their hiding places.

During tumultuous times, we intuitively know to seek grounding and stability. What we so often forget is that the path to discovery is itself tumultuous—there is no absence of curveballs in the divine dance. Asana practice is an invitation home, a more dedicated opening of the physical body to understand the collective one. It is a practice of bravery, of devotion, and of the ultimate exploration – revealing our deepest secrets to ourselves.

Asana can be a gateway to tremendous opening, to revisiting what we have closed ourselves off from. Often, these things are the ones we need the most to be able catapult ourselves ever-forward and forge the luminary and legendary lives we are meant to lead.