Are your Kids Free Range?

BY Tanja Taljaard
Welcome to UPLIFT
Stories of Love
Are your Kids Free Range?
The current education system is factory farming for children. How can we change it?

Children are entitled to a quality, free, basic education. Often education is flawed from the outset in that it fails to engage students in a meaningful way. Current policies treat education as an industrial process rather than as a human one.

K-12 education was first put in place in eighteenth-century Prussia and is where our basic classroom model was invented. It hasn’t changed much since. Whole ideas were broken up into fragmented “subjects” learned by rote memorisation, because mastering larger ideas called for free, uninhibited thinking.

Are we over testing our kids?

The system tended to stifle deeper inquiry and independent thought. Many argue that these outdated systems of education stifle creativity and entrepreneurship. Standardized tests are also being questioned.

Tests can be useful, but are often simply a snapshot of a child’s memory or understanding of a certain subject at a certain time. It cannot measure a child’s potential and the results seldom display their creativity. Some countries are actively reforming their education systems. In Finland, hour-long subject-specific lessons are being phased out. 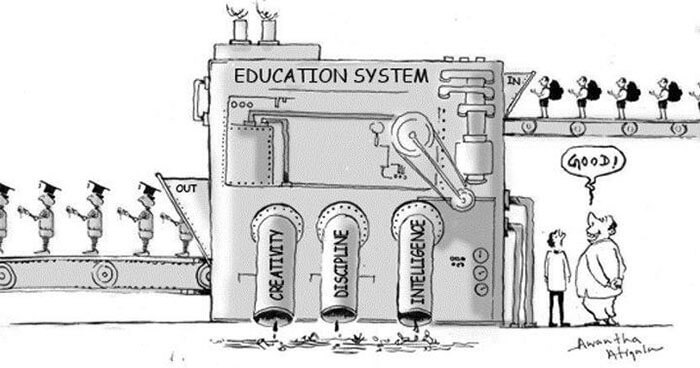 The need for self-paced learning

When disciplines are divided into subjects and independent units, it creates the illusion that the topics are separate and unconnected. Concepts build on one another. When you move along before you’ve acquired mastery of a concept or idea, gaps may appear in your knowledge and understanding. If not addressed these gaps may add up causing greater confusion when tackling more advanced topics.

Salman Khan founded the Khan Academy, with a vision of a free, world-class education for anyone, anywhere. In 2004 Khan agreed to tutor his 12-year old niece. She’d done poorly on a math placement exam, which would have consequences for her academic future. A concept had passed her by, and because the module had been covered and there was a curriculum to follow, the class moved on.

This gap in her knowledge affected her test result. Khan’s tutoring became so sought after by other family members and friends that he recorded the lessons and posted them on YouTube. By 2012 the Khan Academy was helping educate more than six million unique students a month free of charge. Its growth pointed to the need for active and self-paced education. 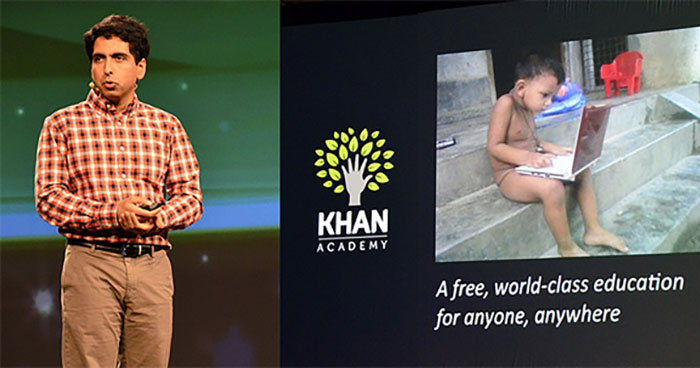 The school I envision would be a place where mistakes are allowed, tangents are encouraged, and big thinking is celebrated as a process – whatever the outcome might turn out to be. This is no magic formula to make kids more creative; rather, it is a way to give light and space and time to the creativity that already exists in each of us – and that, in some mysterious few who will go on to change the world, rises to the level of genius. – Salman Khan

Some teachers were referring students to the videos as supplemental tools. Others would get students to watch the 15-minute lectures at home (attention spans tend to max out around fifteen minutes), and then use class time for solving the problems that would normally be set as homework.

Although it makes class time more interactive, this “flipped classroom” still has age-based students moving together at roughly the same pace in a Prussian assembly-line model of education. Segregating children by age is not natural. It’s not how families work, it’s not what the world looks like and it contradicts the way that kids have learned and socialized for most of human history. Khan’s vision is an age-mixed classroom. 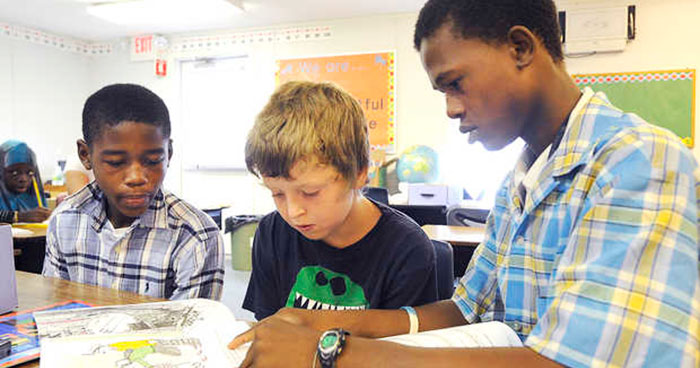 Helping students help each other

With self-paced learning as the basic model, the older or more advanced students become allies of the teacher by mentoring and tutoring the other kids. Younger students benefit by having a range of role models, big brothers and big sisters.

No one is merely a student; everyone is a teacher, worthy of the respect that goes with that. The classroom becomes a more accurate representation of the world and prepares students to function and flourish in the world.

Making education accessible to all

There are schools where children of different ages are mixed together and integrate self-paced learning. These schools, however, do not always cater for lower income families. The Finnish school system offers free, high-quality education for all. It guarantees equal learning opportunities regardless of social background.

Instruction and all basic education materials are free of charge for the children and include a free hot lunch every day, school healthcare and free transport for children who cannot walk to school or use public transport. Pupils often determine weekly targets with their teachers and choose tasks to be carried out at their own pace.

The Finnish national core curriculum follows principles of learning by doing and community orientation. Classes with integrated age groups result in less comparison, and very often these differences between children are embraced. 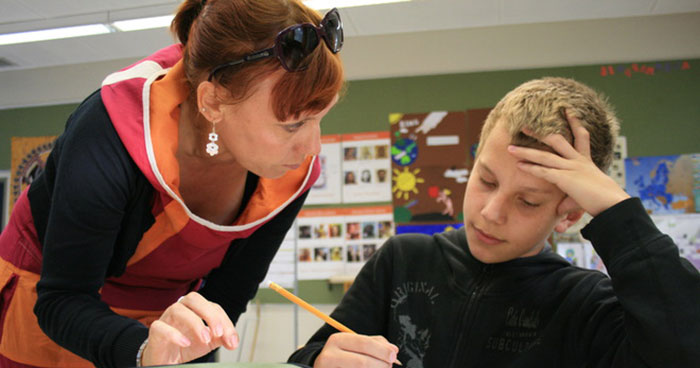 Finland has the highest ranked school system in the world

Every child deserves a champion

The ability to teach is usually a gift and a passion. Teaching programs in Finland make sure they only accept applicants that have the natural drive and ability to teach, and all teachers must hold a Master’s degree. Teachers are trusted, respected and granted the kind of autonomy attributed to high status professions.

Teachers are more than instructors and test administrators. They are mentors and sources of inspiration to their students. Dr. Rita Pierson has been a professional educator since 1972. She knows that every student can be educated and the art of teaching is to find the best way of doing that.

Every child deserves a champion who will never give up on them… and insists they become the best they can possibly be.
– Dr. Rita Pierson

Given that a child spends, on average, 30% of their waking lives in school, shouldn’t we strive for an education system designed to optimise the individual students potential.