Are your Gut Feelings controlling your Mood?

BY Dr. Hilary Booth, ND
Welcome to UPLIFT
Loving Yourself
Are your Gut Feelings controlling your Mood?
When people speak about having a 'gut feeling', it maybe literally be true

Many of us are painfully aware of the feeling of a “gut-wrenching” experience, or having “butterflies in your stomach”, so it comes as no surprise that our emotions and thoughts affect our digestion. Interestingly though, the gut has a larger role to play in our mental-emotional state than we might have realized.

Research is still emerging about the relationship between the gut and the brain. For decades we looked at the brain as the primary control centre in the body, having a sort of top-down affect over all the body’s functions. In the past ten years, research has begun to explore the relationship between the brain and the gut as a two-way street 1,2. We have started to realize that the gut holds a bigger influence over our brain’s functions than we had ever realised. 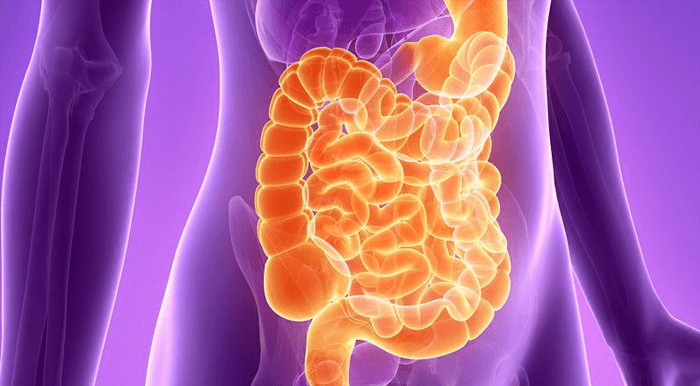 Are your gut feelings controlling your brain and mood?

The gut and brain are in constant communication using the nervous system, hormones and the immune system. In this article, I am going to explore why it’s important to address both the gut and the brain when treating digestive, mental-emotional, and stress disorders alike.

The primary messenger from the gut to the brain is a neurotransmitter called serotonin. Approximately 95% of serotonin in the body is found in the gut3. When serotonin is released from the gut, it signals the brain and helps us to interact with the outside world.

Serotonin regulates mood, appetite, sleep, memory, and learning. As a result, a deficiency in serotonin can cause depression, anxiety, OCD, weight fluctuation, migraines, poor sleep quality, poor memory, and learning difficulties 3. Whenever patients present with any of the above concerns, it is imperative that we address the signal pathway from the gut to the brain as part of the underlying cause. 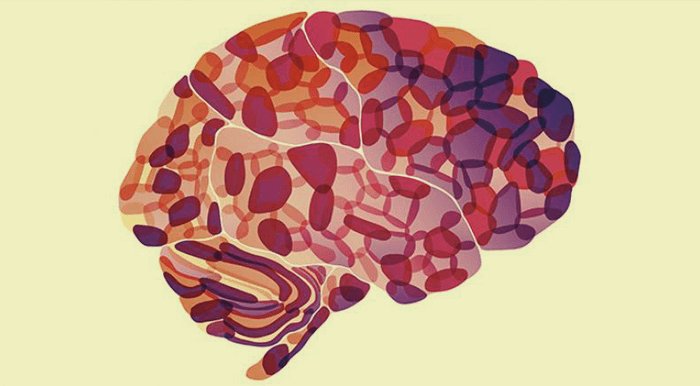 Messages from the gut to the brain

So what causes serotonin deficiency? Inflammation in the gut has been shown to impair the serotonin-producing and serotonin-storing cells in the gut 4,5. When the gut is inflamed, serotonin becomes deficient, and the important signals from the gut to the brain can’t be sent.

The gut becomes inflamed when we eat foods that we have intolerances to, and when we eat diets high in sugars and processed food. Inflammation also occurs in the gut when we have an overgrowth of bad bacteria, which can be caused by antibiotic use and yeast overgrowth. As a result, one of the most effective ways to treat serotonin deficiency is by reducing inflammation in the gut through dietary changes, anti-inflammatory herbs, and taking a good probiotic.

Gut Bacteria: Another Piece of the Puzzle

Emerging studies on germ-free animals verses animals exposed to probiotics, to pathogenic infections, or to antibiotic drugs, show have shown us that the gut flora also has a major role in regulating mood, anxiety, pain, and cognition6. A recent study shows that the relationship between gut microbes and the brain is independent of inflammation, the serotonin system, and the nervous system7. 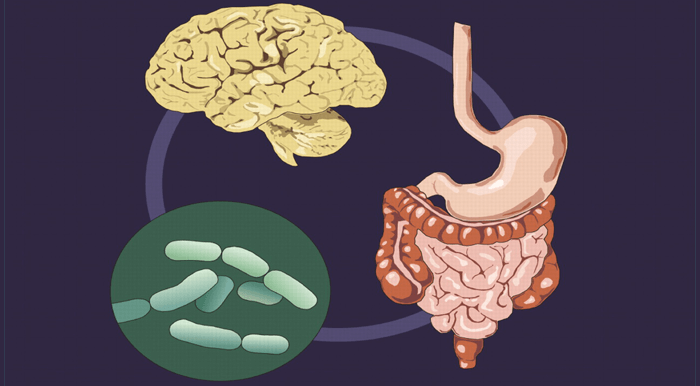 Gut bacteria and the brain

Somehow, these little bugs living in our gut alter the signals being sent from the gut to the brain, and can act to either cause or prevent a multitude of mental-emotional-cognitive disorders. We have yet to understand exactly how the gut flora affects the brain, but for now, we at least understand that they do.

This means that part of any treatment of mood, anxiety, memory, migraines, and sleep needs to include preventing frequent antibiotic use, controlling yeast and bad-bacterial overgrowth, and replenishing the gut with good bacteria.

We have barely scraped the surface when it comes to understanding the intricacies of the gut-brain relationship. Research about the brain’s effect on the gut is decades ahead of research about the gut’s affect on the brain. However, what we know so far is that we need to concentrate on gut health as part of treatment for mood, anxiety, memory, pain perception, and a whole host of other disorders. I look forward to learning more about the relationship between our gut and our brain as research grows in this field.

Nice article.. intresting and informative too..expecting similar pages lik this from you..

I was reading an ad about the brain-gut relationship,that I’m sure at the end will have a product to buy. I had never heard of it so I decided to look it up. I learned a lot from this article. Thank you so much.