Are Women changing the World?

BY Azriel ReShel
Welcome to UPLIFT
Are Women changing the World?
How empowering female entrepreneurs is helping to lift communities out of poverty

When a woman rises up in her glory, her energy is magnetic, and her sense of possibility contagious. – Marianne Williamson

Today there are over 226 million women running businesses across the world. On average more than a third of global firms have female owners. Women are slowly making an impact globally through greater financial empowerment. Of course there is a long way to go, with the very real existence of glass ceilings and external limitations, but when women gain economic power, the world changes. This is especially true in the most impoverished regions of the world.

Cathy Burke who has worked for over two decades with the Hunger Project as CEO, shares some incredible success stories from the world’s poorest regions where women have been given wings through taking out micro loans. Micro finance involves lending small amounts of money, mainly to women, for income generating opportunities. The average first loan is usually about US$80 and training is a requirement to borrowing. 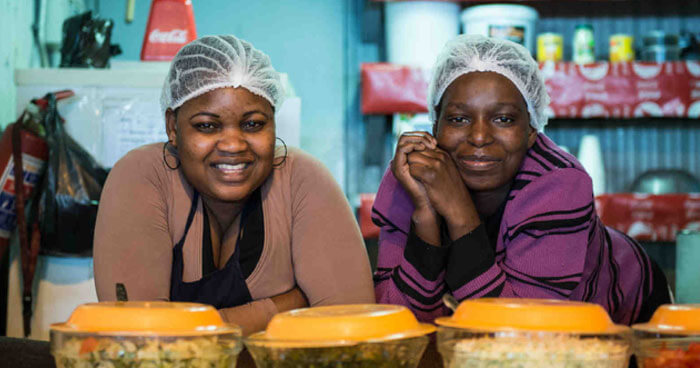 The Hunger Project is empowering female entrepreneurs in impoverished regions

She says these leaders “are achieving outcomes for their communities that are totally unexpected. Their actions are lessons in courage, boldness and resilience. They are feeding their children, getting water to their village, raising their voices to be heard, and exercising their legal and moral rights. They are true leaders in every sense of the word.”

Cathy shares numerous stories of women across the world, one lady, Flora in famine-prone Malawi, was cynical about the possibility of ending hunger when hearing about it through a talk by Hunger Project field workers.

The Hunger Project particularly seeks out women to discuss the possibilities of taking action. Women are asked to sit up the front at meetings and share their thoughts and opinion, a completely new concept. Flora was among many who found the thought of ending hunger and being part of creating a better life for themselves totally foreign. 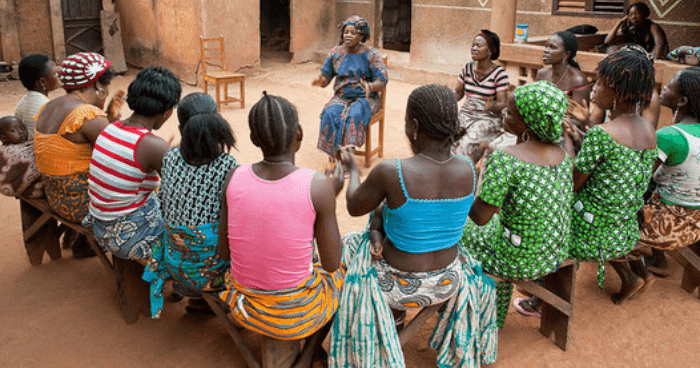 A Hunger Project meeting to train and empower women in Africa

Seven years later and Flora is a successful pig farmer, and her community is thriving. “She now lived in a four-room brick home with an iron roof. Using money she had borrowed from the Hunger Project microfinance scheme she had started out with one piglet. Today Flora has a thriving business, learnt how to grow more produce in her garden and teaches food preservation to other women in the village as well as pays for the education of a number of orphan children.”

A young 18-year-old woman Keya, from Bangladesh, had been married at age 12, and birthed her first child at 14. In Bangladesh 1 in 3 girls is married by the time they reach fifteen years of age and 60 percent are pregnant within the first year. Early marriage entrenches a cycle of poverty and powerlessness in these girls lives.

The Hunger Project had trained some women volunteer leaders in Keya’s village. 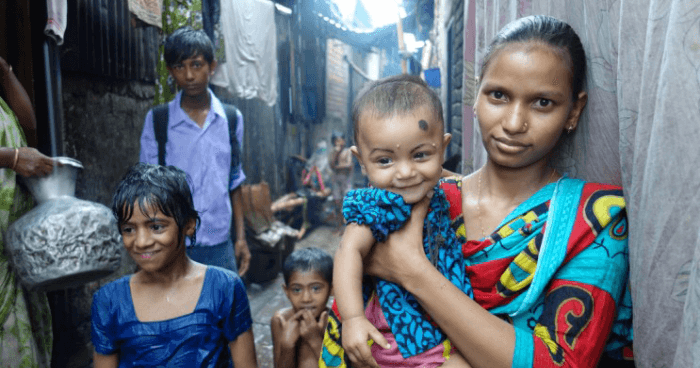 Called “Unleashed Women Leaders,” these local women would work to bravely confront the status quo. Keya felt a burning desire to be like them. She joined, was trained and soon became a role model for other women. One of the first things she did was set up a self-help group of 26 women who met weekly to support each other to take action to lift their status.

Within eighteen months, these women had not only pooled savings from subscriptions, but had created their own microfinance facility by investing the money back into the group. The investments were repaid with interest and had grown to a pool of AUD $800 with a further AUD $1000 loaned out at that time. – Cathy Burke

Women reinvest 80% of their income in the wellbeing and education of their families. With the same amount of land, women can increase crop yields by 20%, reducing world hunger for 150 million people. 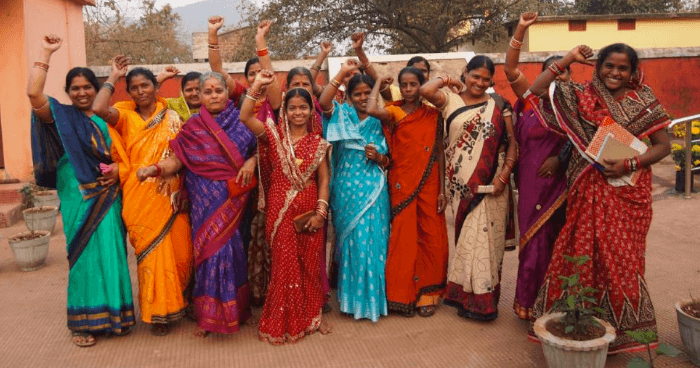 Micro loan not for profit, Kiva, connects millions of people around the globe through lending to alleviate poverty. In just ten years, Kiva has worked in 83 countries to give over 900 thousand loans lending a total amount of $774 million. “As their businesses and incomes grow, children’s health and education improve, jobs are created, poverty and hunger is reduced for everyone, and countries become stronger.”

Kiva says that “when women have the opportunity to build better lives for themselves and their families, they make it count.” Women entrepreneurs are breadwinners, change makers and transformational leaders. There are so many success stories, such as the 22 year old Lindiwe who bottles homemade juice and soda and since a loan from Kiva, has now increased her output from 20 litres, to 200 litres.

She has also started up 2 other businesses in her village, a poultry business and a small shop. Lindiwe feels strongly about girls in part because of her own struggles growing up with very little money. She used to go to school hungry, without shoes and books and wants to be a role model to other girls. “Helping girls to stay in school, helping them to achieve what they want in life, that is my favourite part,” says Lindiwe. 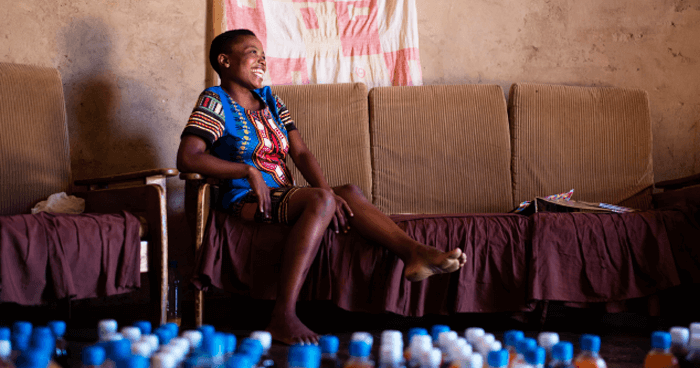 As the crisis of refugees changes the face of today’s world, many agencies are also providing micro loans for refugees. Kiva partners with many other organisations, including Al Majmoua, a Lebanese nonprofit microfinance institution focussed on supporting women to establish sustainable businesses all over Lebanon. Nelly, a Syrian refugee received a loan from Al Majmoua and is slowly putting a life together and developing a business, with that support.

These women like Flora and Keya are changing the face of impoverished regions, creating wealth and a better life for all. Female empowerment empowers the whole of society.

In every community, there is work to be done. In every nation, there are wounds to heal. In every heart, there is the power to do it. – Marianne Williamson

Women Changing Business in the West

While empowering female entrepreneurs in impoverished regions is enjoying great success, can women play a similar role in the male-dominated business culture of the West? 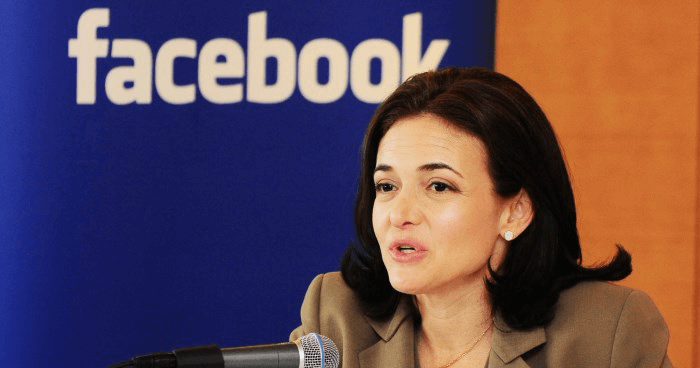 Women naturally bring connection and heart centred authenticity to their businesses. Very often they are involved in service industries and in delivering value to their clients. Many women are involved in health and wellbeing and use their empathic, nurturing wisdom and communication skills to help others find balance.

Statistically women tend to make greener choices and businesses and also have greater social conscience and a desire to help others, especially those less fortunate. Women’s leadership and motivational styles are often more effective than their male counterparts.

Success means we go to sleep at night knowing that our talents and abilities were used in a way that served others. – Marianne Williamson

A research study on nearly 8000 leaders by Jack Zenger and Joseph Folkman in 2011 found that women outscored men in all but one of the 16 leadership competencies and in 12 out of the 16, the women were better by a significant margin: “Two of the traits where women outscored men to the highest degree – taking initiative and driving for results – have long been thought of as particularly male strengths,” said Zenger and Folkman. “At every level, more women were rated by their peers, their bosses, their direct reports, and their other associates as better overall leaders, than their male counterparts – and the higher the level, the wider that gap grows.”