Are We Living in the Kali Yuga?

BY Jacob Devaney
Welcome to UPLIFT
Are We Living in the Kali Yuga?
Ancient Wisdom on the Cycle of Time

It isn’t hard to recognize that even though we live on a planet that surrounds us with beauty, that there is a lot of darkness happening within humanity. The ancient Sanskrit teachings understood that civilization goes through distinct cycles of creation and destruction. Native traditions have similar stories to describe different ages of humanity as well. It can be easy to lose hope sometimes, but there many possibilities for spiritual growth and awakening during this time. Let’s look at the bigger picture knowing that the warm glow of dawn always follows the coldest, darkest moments of the night.

What is a Yuga?

The ancients understood time as a circle, not linear, and the circle of ages are known as the yugas. Like the four seasons in our year, there are four yugas in the full cycle (Mahayuga). Each cycle has distinct themes and spiritual lessons for humanity. Below are the four yugas in order from beginning to end. It is important to note that the first yuga is the longest with each one getting successively shorter (4:3:2:1) until the cycle starts again. 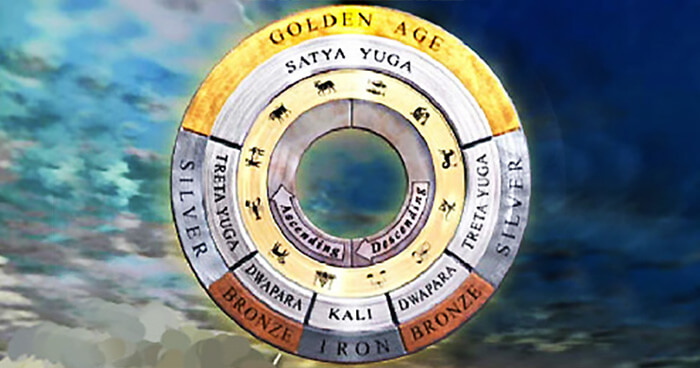 The ancients understood time as a circle.

What Should We Do?

It could be that we are currently in the Kali Yuga stage of the cycle. If that is true, what can we do to move back into the the first, much more pleasant phase?

The Vedic Scriptures, of course, recommend meditation, yoga, and various spiritual practices as the natural antidote to the strife of the Kali Yuga. And while some scholars have attempted to tie dates of these cycles to the calendar, yet few agree on when the Kali Yuga will end. For this reason, we must not fall into fatalism (thinking that we are all doomed and there’s nothing we can do about it) or hopelessness, but instead must strengthen our personal practice and act as a light in dark times for those around us that are lost. To find peace in peaceful times is no accomplishment, to find peace in the most unpeaceful times is true spiritual attainment!

This is one of many stories that illustrate what each of us observe when we pay close attention to nature. Life goes in natural cycles of gestation, birth, growth, decay, death, and rebirth. We see it in the plants, the seasons, in the rise and fall of nations, as well as in our own personal lives. When something is pure, it can be maintained as pure but cannot become more pure, it can only become less pure. In that same regard, when things are polluted or corrupted, they can be returned to purity. The Kali Yuga is as good a time for spiritual discipline and evolution as any. 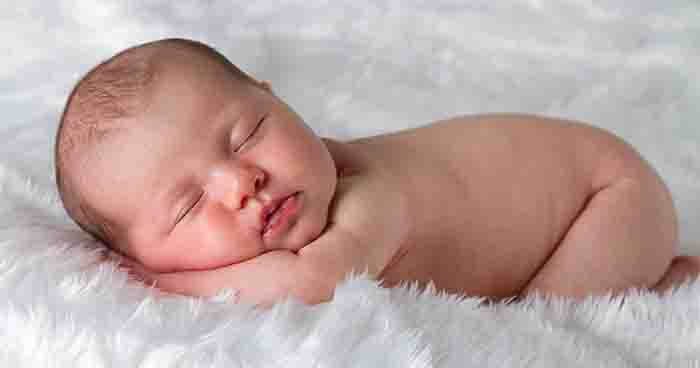 Something pure can be maintained but cannot become more pure, it can only become less pure.

The ancient Greeks called these four ages of human civilization the Age of Gold, Silver, Bronze, and the Age of Iron. The Phoenix always rises from the ashes of its predecessor. The Hopi tribe believe that a cycle when humans head and heart are disconnected (Fourth World of Separation) is followed by an era when they are in harmony (Fifth World of Peace). The Lakota believe that the birth of a White Buffalo in 1994 signified a time of great healing and unification around the world. The Pan-American prophecy of the Eagle and Condor speaks of the re-uniting of the tribes through sacred wisdom and power. For as much darkness as one might see in the world, there are endless stories of rebirth to explore. These are roadmaps for us from the darkness into the light.

Once a king asked his wise men to give him something that would make him happy when he is sad, and sad when he is happy. The wise men spent days thinking about it in silence and watching the clouds go by. On the fourth day, they wrote on a piece of paper and handed it to the king. When the king read it, he thanked them. What did it say? 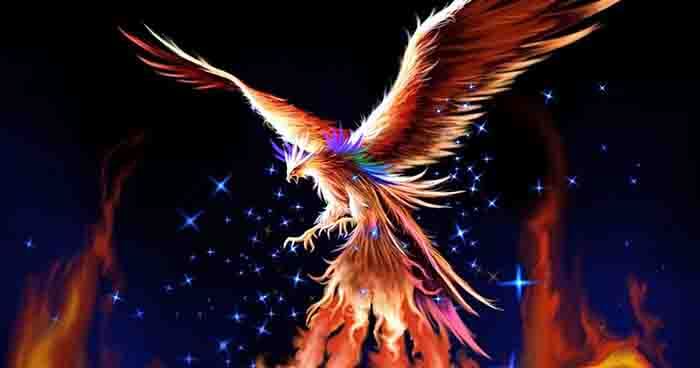 The Phoenix always rises from the ashes of its predecessor.

Whether you take this information as literal or metaphorical, you can gain much value from considering it. Destruction is part of creation, we live in a world of endless cycles. Sometimes things have to fall apart in order to come back together stronger than before.

If we are actually living in the Kali Yuga now, then any and all behaviour that is wholesome, honest, generous, virtuous, happy, authentic, is emulating behaviors that bring us closer to the Satya Yuga. Satya Yuga is the next phase in the cycle, a golden age of abundance. Knowing that the Kali Yuga can end abruptly at any moment, observe what is happening around you, grow your compassion, and learn what you can from this precious time!

I am KALKI.
Believe me or not.
I am sending this message to all the leaders of the world. I have been trying to reach the right people from 2012 .The time has come the World is facing a disaster ahead. Now is the time to act.
The system can end all crime all over the world. In return making the economy grow and helping people live in peace and harmony. It will help all the people on the planet earth and help the ecosystem. It has a potential of generating well-being among people and save our universe from future harm. You will only believe when you see the entire presentation. If required I can arrange for a video conference from here. Or you set up a video conference. But I have to tell. It is a serious and true system. I have been trying to contact influential people who are serious about helping humanity and who can invest in this project. All child trafficking, human trafficking, drugs trafficking, robbery, corruption, wars, religious battles, colour battles, destruction to forests, illegal transactions and you name any crime. My system can stop and put an end to all. If you know anybody interested please let me know.
Have a blessed day.
Hare Rama Hare Krishna.

the Book of Daniel depicts the Image of King Nebedkadnezzar. the ages are depicted. Yes this is a time of spiritual enlightenment and when it is embrassed as such the Golden age of rebirth will emerge.

We are not in Kali Yuga. Checkout my video which proves this

my information of the 4 yuga’smostly comes from Bagavad Gita as it is by A C Bhaktivedanta swami and from his translation of Srimad Bagavatam all found online at caaauselessmercy.com except that of 12 canto’s numbers 11 and 12 arenot there because he passed on before completing the last 2 but he left many books in all . wherein the 4yugas are described

Hi I would like to republish this article if you don’t mind at my website and link back to this one to share this wisdom with my readers. This is the address
http://esotericawakening.com/what-is-reality-the-holofractal-universe

Ty for this article and wisdom. Feel free to use any material on my website as well if you like. Namaste

I am Krishna,
I am with Kali.
facebook.com/maria.ofguadalupe.7
-> The last religion
Kali Yuga started with Mother Mary..greetings Kali

we are in the early stages of Dwapara

This is an insight to what is actually going on and what I should focus on rather that what is lost. Thank you for the reminder.

Kali Yuga
12:38 Oh King, these generally uncivilized, earthly caretakers (politicians) who, simultaneously ruling, are dedicated to irreligious and unrealistic practices will, with fierce tempers competing for the dominion allow their subjects hardly any freedom economically.
12:39 They will ruin the lives of women, children, cattle and intellectuals and hanker for money and the wives of other men. Lacking in strength they mostly have short, unstable careers of success and failure and live short lives. Not initiated and devoid of regulative principles these barbarians behaving like kings, under the sway of passion and ignorance, will virtually devour the citizens.
12:40 The people in the cities following the example of the character, behavior and speech of these men, will, harassed by these rulers and by each other, thus be destroyed in wars, economic collapse and natural disasters’
~ Srimad Bhagavatam 12: 38-40

Conventional Indian thought insists the Kali Yuga started February 18 3102 BCE, but there is no authentic historical or astronomical evidence for this whatsoever. If the Kali Yuga started at the death of Krishna, which is said to be 36 years after the Kurukshetra War, and according to the Mahabharata this war occurred with a conjunction of all planets including the Sun, a new moon in Jyeshtha Nakshatra, accompanied by a solar and lunar eclipse, then the Kurukshetra War could only have taken place in 1198 BCE.

If the astrological information in The Mahabharata is correct, and Krishna, in fact, died 36 years after the Kurukshetra War, and the orbital speed of Earth has been somewhat constant over this time then we have another 428,821 years of the turpitudinous Kali Yuga remaining.

actually we are on the cusp of dwapara yuga
https://en.wikipedia.org/wiki/The_Holy_Science

all I know is as I grow older life gets better if you shed what you don’t need. Trust your mind and shy away from beliefs you were domesticated with since you came here

The four ages of the Mahayuga represent approximately 24,000 years. The next phase is not Satya Yuga; its the ascendance into Dwapara. Sri Yukteswar and his disciple Yogananda, made some “modern” adjustments to the current understanding. For a good overview of their work, read The Yugas by Joseph Selfie and David Steinmetz. According to Sri Yuteswar The descending Kali Yuga age began in 700 BC, had its zenith in 500AD, starting its ascendant path which transitioned to the Dwapara age in 1700, and fully entered Dwapara proper in 1900 (200 year transition period). Humanity will ascend (develop) to the Treta age in 2000 years, and then to the Satya age in another 3000 years (each age changes with a corresponding period of transition). Sri Yuteswar wrote about this in 1894 in The Holy Science. Emerging from the darkest of all ages, Kali Yuga fittingly called the Material age because humans could comprehend only gross matter. Dwapara Yuga can be called the Energy Age because humanity can comprehend “fine matters and electricities” that comprise matter. Treta Yuga can be called the Mental Age because humans will be able to comprehend the “divine magnetism” that underlies all energy with their advanced mental abilities. The most advanced age, Satya Yuga, is called the Spiritual Age in which humans can “comprehend all, even the spirit beyond this visible world.”

Together I think these three models explains a lot about the age we live in and the challenges we face.

I agree with the author that “…For this reason, we must not fall into fatalism (thinking that we are
all doomed and there’s nothing we can do about it) or hopelessness, but
instead must strengthen our personal practice and act as a light in dark
times for those around us that are lost. To find peace in peaceful
times is no accomplishment, to find peace in the most unpeaceful times
is true spiritual attainment! ”

“Only the Individual can rise to the height of consciousness and awareness…The more you belong to the crowd, the deeper you fall into darkness ” -Osho-

We are clearly in the dawn of Satya Yuga. The incredible pace of inventions and change throughout the world shows that we are entering this golden age, in the wake of the coming of the long-awaited Kalki Avatar. The troubles we still have are the birth pangs of this new age as the old world order disintegrates and a new one rises up to take its place. The good news is that this will happen and peace on earth will reign!