Are Capitalism and Freedom incompatible?

BY Chris Agnos
Welcome to UPLIFT
The Science of Love
Are Capitalism and Freedom incompatible?
There is Some Freedom Within Capitalism, But There is no Freedom from Capitalism

Freedom is a broad topic. Living in any human society, whether tribal or global, there will always be some kind of restriction on our freedom. For example, in some (not all) Islamic countries, women cannot be seen in public without covering their bodies and faces. In some places in the United States, people are prohibited from giving food away to hungry people.

In fact, every law that government passes restricts people’s freedom in some way, whether it is the freedom not to wear your seatbelt, eat a certain mushroom, or emit harmful pollutants in the atmosphere. Some laws we like, some laws we don’t like. I tried to research how many laws actually exist in the United States and the truth is that no one really knows. Forty thousand new laws took effect in 2012 alone, and some estimate the total number to be in the millions. It is safe to say that no one is fully aware of the wide range of ways that our freedom is limited. But if you listen to politicians, corporate sponsors, and the general story that pervades American society, one could easily get the impression that capitalism is the definition of freedom. 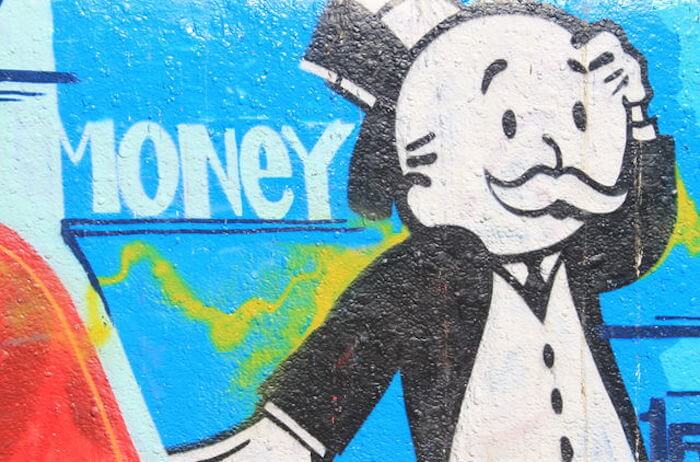 Is Capitalism really freedom, or is what we call ‘freedom’ just another advertising campaign?

Global capitalism is not possible without these laws. Laws form the basis for the trust that has been eliminated as we conduct our business with people all over the world that we will never meet, instead of people in our communities to whom we used to form intimate bonds.  Without them, no one would have any knowledge about the trustworthiness of the unknown trading partner, and commerce could not take place.

Even beyond capitalism’s freedom-limiting necessity for laws is the lack of freedom that comes from the private ownership of land. A core pillar of capitalism is the private ownership of capital, and land is included in that definition of capital. Today, every piece of habitable land is either owned by an individual, a corporation, or a government.  If you try to settle a vacant piece of land, you will eventually be forcibly removed. Access to the most fundamental resource has been stripped away from everyone, forced to continuously perform a task in the “market” to earn enough money to survive, or pay their taxes.

Given that most of the economy doesn’t go towards meeting our basic needs, and the rampant consumerism culture promoted by the $500 billion per year marketing machine trying desperately to associate our unmet emotional needs with physical products is eroding the capacity of the planet to support life as we know it, could it be time to evaluate alternative economic ideas that specialize in allocating abundant resources rather than scarce ones? When capitalism was first introduced roughly four hundred years ago, the average person didn’t have access to things that are ubiquitous in the developed world today: things like utensils, bed linens, pots and pans, clothes, candles.

Today, our productive capacity can more than meet our collective basic needs, and if we can learn to share them, we can do it sustainably as well.

So then, in a world in which all habitable land is owned, what kind of freedom is there? Every single one of us is forced into a kind of voluntary slavery, selling our time, our one and only life on this planet, for whatever the “market” is willing to offer us. Gone is the possibility of meeting your needs by settling your own piece of land. In the 1800s in America, there was still open land to settle. Of course you had to contend with the “natives” and figure out how to sustain yourself through harsh environments, but you owned one hundred percent of the fruits of your labor. This was an option that was available to anyone – a chance at living a life far freer than what is possible today.

Today, there is still some freedom within capitalist society but there is absolutely no freedom from it. If your people have been living on the land for tens of thousands of years and that land happens to be on top of an oil or copper or gold deposit, that land will most likely be taken from you, by force if necessary.

So what are we to do? When looking for sustainable solutions, I like to look to nature. Wild animals are really the only truly free beings in the world. They are free to kill, be killed, eat whatever they want, travel wherever they want, and experience the real time consequences of every one of their actions. If a bear wants access to territory that is occupied by another bear, conflict may arise, but you can trust that the bears won’t need a system of laws to figure out who will maintain access to that territory.

Now I don’t advocate a return to this kind of world. But we must recognize that like wild animals, every human being has a right to access the land that can provide for their well-being. Given the state of the world today, this could be done on a practical level through the establishment of a universal basic income – a yearly stipend given to every adult – that is based from the rents collected by the individuals, corporations, and governments who have restricted its access.

If we are born into a world that is already fully owned and where access to the resources that support life are removed, then freedom in such a society is dependent upon a basic level of access being provided to each human being. A more sustainable and just society would offer an alternative way for people to meet their needs without having to submit to a “market wage” so low that death or jail becomes a more viable option.

Freedom and capitalism are incompatible.