Right now, many readers in the United States may agree that it seems as though there is an increasingly visible and unrestrained pattern of hate crimes sweeping the nation. Not only have anti-Muslim hate groups been multiplying over the past year, but in the last couple of months, Jewish Americans have become targets of hate-motivated attacks.

This trend has seen the mass desecration of a historically Jewish cemetery in Missouri and a series of bomb threats made against Jewish community centers in a variety of states.

Sadly, since then these types of threats have only continued. Two other Jewish cemeteries, one in Philadelphia and the another in Rochester, have also been heavily vandalized, with hundreds of headstones being turned over. 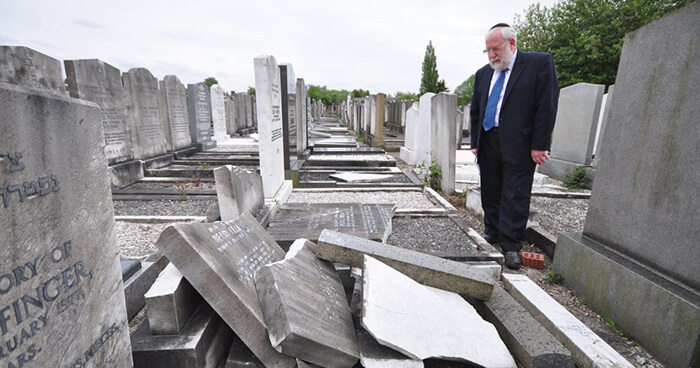 Jewish cemeteries have been vandalized in several different American states.

Support for Each Other

In viewing these events, it may appear that the United States is becoming more divided and hateful toward each other by the day. And while, yes, hate groups seem to be newly emboldened, these incidents are resulting in consequences anti-Semites and xenophobes may not have anticipated.

In recent years, Muslims and Jews have reached out to each other in times of crisis. In response to a synagogue attack in Denmark, over 1,000 Norwegian Muslims formed a human shield they called a ‘ring of peace’ to protect a Jewish place of worship in Oslo, chanting “No to anti-Semitism, no to Islamophobia”.

In London, a neighborhood watch group called the ‘Shomrin’ (Hebrew for guards) have begun protecting Muslims against hate crimes. And following a hostage siege in a Sydney cafe, twitter campaign #IllRideWithYou spread fast in support of Muslims who felt afraid to travel alone. 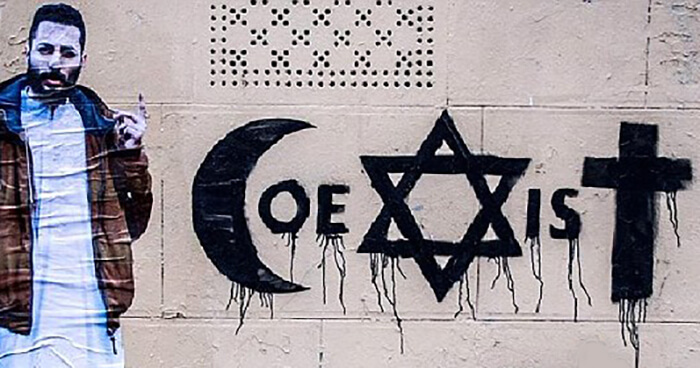 Muslims and Jews come together to take a stand against hate crime.

Former Marine, Tayyib Rashid, after learning of the threats and cemetery attacks against the Jewish community, took to Twitter to pledge his support for his fellow Americans.

I'm a #MuslimMarine in Chicagoland area. If your synagogue or Jewish cemetery needs someone to stand guard, count me in. Islam requires it.

Actions from the Heart

After the tweet spread through social media, Rashid posted a Periscope video saying his heart had been warmed to see Americans from a variety of faiths and backgrounds expressing their support for him and solidarity for his cause: 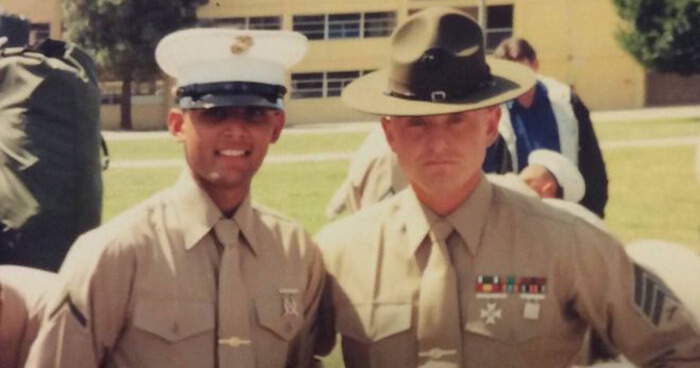 Tayyib Rashid, the ‘The Muslim Marine’, has offered to guard Jewish religious sites.

He goes on to ask that Muslims reach out to fellow Americans from other faiths and communities to address the “recent atrocities” targeting Jewish people and institutions. Rashid’s moving tweet and video statement stirred a number of other Muslims on social media to make similar pledges, including Emmy Award winner Momin Bhatti.

I'm a Muslim in #Harrisburg. If your synagogue or community center needs someone 2 stand guard, I will stand guard 4 you. Islam requires it.

Muslims have also rallied behind their fellow Jewish Americans in other ways. An online crowdfunding campaign initiated by Linda Sarsour and Tarek El-Messidi this week aimed to raise $20,000 to go toward repairs of the vandalized cemetery in Missouri. In just 24 hours, they were stunned to find that $80,000 had been pledged already.

Presently, more than $156,000 has been donated to the campaign. Sarsour and El-Messidi say these extra funds will go toward fixing other Jewish cemeteries, like those in Pennsylvania and New York, that have faced similar desecration. 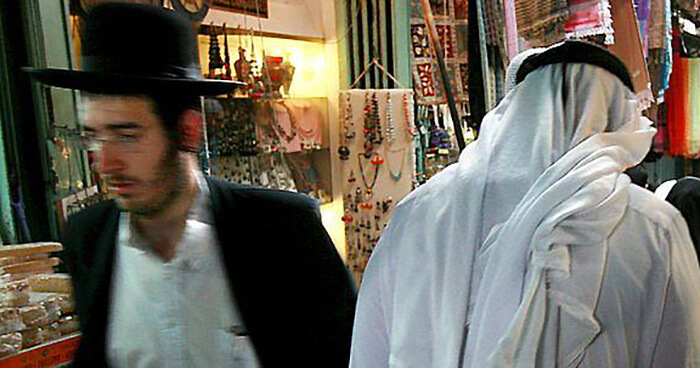 Muslims and Jews have a long history of mutual support despite their differences.

It is a popular thought that Muslims and Jews have long been at odds; this, however, is not accurate. The two groups have a history of cultural cooperation going back centuries – this is often overlooked in light of the Palestine-Israel issue which is ultimately political, not religious, in nature.

At the end of the day, most people want to live and let live. These acts of hate and persecution are the doings of a small minority. In this age of uncertainty and fear, Americans will look to the acts of individuals like Tayyib Rashid, and those who have followed his call for solidarity, as examples of what this nation is truly about.

From Suzan in Australia. It’s always marvellous how are humanitarian crisis can bring humans together for the sake of all humans. And the desecration of places held holy by humans is a humanitarian crisis of faith We all arise from the one source and it seems that we need reminders in the form of intense indifference or brutality from folks who have forgotten that , In order that we stand up to protect the abused and hopefully protect the abusive from further abusing. The higher purpose for humanity requires that all of us. Eventually I think sooner rather than later we won’t need that sort of prompting to leave the truth.
Thanks to the abuses for testing our vigilance…. And thanks to those that rows up in answer to their call of love

The wolf is offering to guard Red Riding Hood in her way to vist grannie.