All We are Saying is Give Peace a Chance

Fifty years ago, in 1969, John Lennon and Yoko Ono used their exceptionally high public profiles to bring awareness to the absurdity of war. They were pacifists believing that violence is never justifiable. They were just married and the World’s press were hot on their tails. It was paparazzi mayhem. They knew this was a moment in time they could truly utilise for good. They decided to simply have a ‘sit-in’ – a peaceful method of protesting where people simple sit in one place to create awareness, media-attention and peacefully disrupt the system. It was non-violent messaging. In the days before social media and instant viral news threads, this was the only way to reach the world on such a prolific scale.

They spent seven days in bed from 25th to 30th March and invited the world to participate. John was a well known peace-keeper. An articulate and opinionated hero for the underdog and against global political unfairness that was pandemic. The World’s press were invited between 9am and 9pm for those seven days. They wore pyjamas, drank tea, talked peacefully about harmony and harmoniously sang songs for peace. John and Yoko saw themselves as ‘angels on Earth’ singing sense into the world’s ear. Friends came and went. Supporters and contemporary artists and musicians all helped get the message out there …

All we are saying is give peace a chance.

One and the Same

After seven days, they flew to Vienna and held a press conference on Bagism – John’s satire on prejudice. He postulated that if a person lived in one uniformed bag they could not be subject to prejudice … a civilised extension of the belief that underneath our clothes, naked, we are all the same. Without apparel, accessories or titles, we are all human. We are all one. 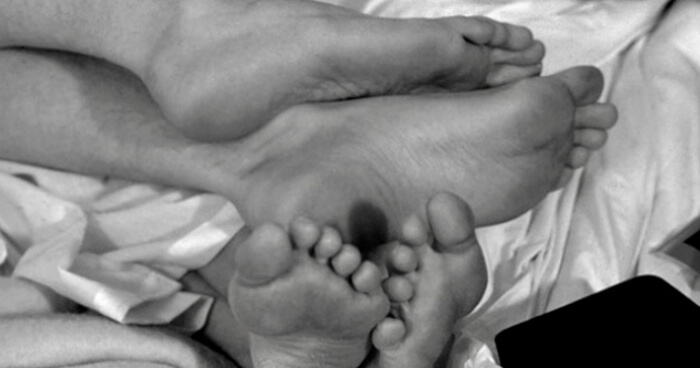 They offered intimacy for publicity. In the name of peace.

Following the event, when asked if he thought the Bed-In had been successful, John became frustrated. He insisted the failure of the press to take the couple seriously was part of what he and Yoko wanted: “It’s part of our policy not to be taken seriously. Our opposition, whoever they may be, in all manifest forms, don’t know how to handle humour. And we are humorous.” He wanted to try a softer more accepting and loving approach to create change.

Their second planned Bed-In was to take place in America, in New York. But John was banned from the U.S. because of a 1968 cannabis conviction. They decided to head to Montreal on May 26th and stayed at the Queen Elizabeth Hotel. They invited friends and fellow peace lovers to record the now infamous, Give Peace a Chance. It was recorded in the hotel room, on the bed, with the happy crescendo of friends’ voices in unity, peace, and love, singing with hints of Indian chanting, to a feel-good chorus of optimism. Naturally, there were mixed reactions from the world press. This was expected and celebrated. Any press was good press … as long as the message for peace was firmly embedded from the wedded-bedded. The non-violent peace campaign was a huge success and is still running today, over fifty years later, and can be seen at https://imaginepeace.com/

What touches me most about this story is the theme of offering things up. John and Yoko offered their honeymoon, their privacy and their careers to the cause of peace. And that got me thinking … what do I personally offer or give up for world peace? What do I offer in support of my unwavering belief in Unity, Peace, and Love for all beings on this magical, blue planet? 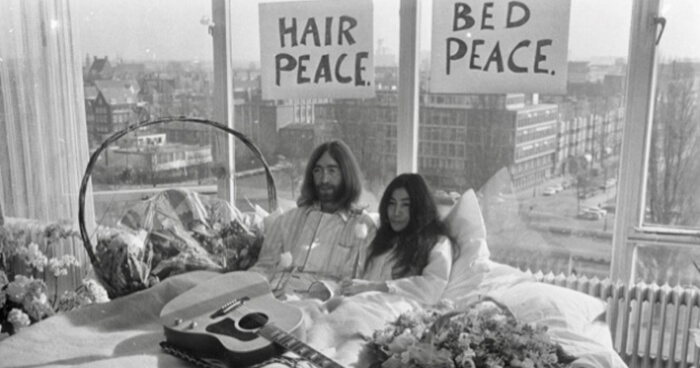 The non-violent peace campaign was Bed-in was a huge success and is still running today.

Standing in My Integrity

I firmly believe that being self-less and peace must be true friends to accomplish monumental change. I myself have been vegan for almost three years because I wanted to stand in my integrity around the statement I espoused so often … Unity, Peace, and Love for ALL beings. In offering up my diet in support of Kind food, I have found more than a deeper alignment with my values and principles, it gave me a daily meditation on peace. Every time I put food in my mouth, I am aware that I am making a choice for the greater good. Yes, it took time, energy and effort to convert into a balanced healthy diet. My health improved but much, much more than that, I felt I had inadvertently become a peace-maker. I am not an activist … It does not suit my path or nature. But I am standing for peace in a peaceful way. I am practising kindness with the one thing that I need daily – food and drink.

This is not about veganism. This is about what are we prepared to selflessly stand behind, peacefully and harmoniously, to support a better world. Every small voice in unison makes a glorious choir, a choral symphony of hope. It’s not what you do, per se, to create a better world, but it’s the fact that you do something or anything at all: great or small, visible or invisible … it’s making a commitment to make the world more beautiful than you found it.

Never be in a hurry; do everything quietly and in a calm spirit. Do not lose your inner peace for anything whatsoever, even if your whole world seems upset. — Saint Francis de Sales

Beloved Uplifters, how do you contribute to world peace? What offerings have you selflessly made or are willing to make to participate in a harmonious world for all? Please share your thoughts and all the ways you add a little active hope and sunshine for eternal peace time.

And perhaps some of you remember this time in history?

May your day be full of peace, even in times of challenge.

We love and appreciate you so very much.

I wouldn’t take far too rich people exposing their lives for nothing but exhibitionism trait
(or ‘performance art’) not as a scream for peace.

Ask Julian Lennon son how well John was in the part of keeping peace at home:
he could only preach not practice. What’s the use of that!?

I love to have the possibility to ride my bicycle every day to work and back, instead of using our car.

I’ve never seen the word spelled as passivism. I prefer to incorporate the peace concept in the word, and spell it pacifism. Passivism connotes being inactive. I believe all of us actively ‘committing’ small acts of kindness and peace daily, contribute to world peace: As in the microcosm, so in the macrocosm. Remaining calm via various daily practices helps me sense where I can walk beside those needing peace, and serve sentient beings I encounter, regardless of species, in this way.