A Vision of Yoga for our Time

BY Zamir Dhanji
Welcome to UPLIFT
A Vision of Yoga for our Time
Have you heard the call?

We have the capacity to think several centuries in to the future, start the task even if it will not be fulfilled in your lifetime. This generation has a responsibility to reshape the world.
– Dalai Lama

Yogic culture: the language and cognitive web of understanding in the form of subjects and fields of knowledge arising from and influenced by practitioners of the ancient yoga tradition. 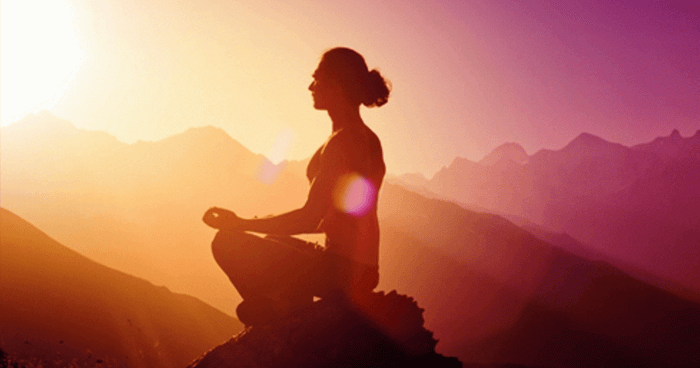 Divine communion with one’s true self

The idea for this article began with the intent of shedding light on the cultural appropriation of yoga and the need for its decolonization. However, I didn’t want to add my voice to an already well-worn criticism of how modern yoga has remained superficial by straying from its roots in its limited perception as form of exercise and its increasing commercialization. After deeper contemplation, I saw how this could be part of much larger mutual evolutionary process unfolding. Maybe what appeared as a stray was actually all part of plan… it certainly wouldn’t be the first time that happened. 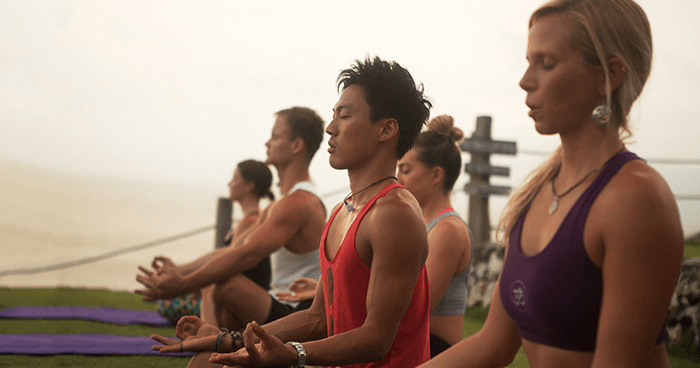 The growth of yoga is actually a forerunner in what appears to be a global phenomenon involving the return and appreciation of indigenous ways of knowing. How we treat yoga now can set a tone for our ability to recognise the roots and fruits of indigenous wisdom traditions, and incorporate them with skilful means in a modern context. Modern science has developed profound tools and models for understanding the personal, social and ecological problems facing us today; now we need to reach across the gap to the wisdom traditions of other peoples and respectfully understand how to deal with them. 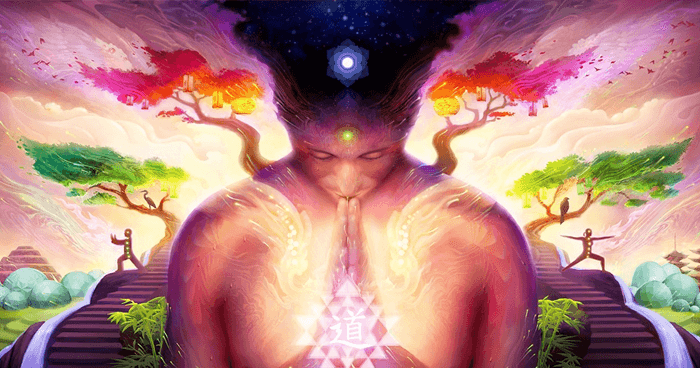 The world is a coal being compressed by population explosion, information overload and the rapid merging of cultures, and it is up to us to fashion it into a diamond. As we will see, yoga may have a more important role to play in this than we think.

This is because there are no guarantees in life, other than that you will inhale your first breath and that you will exhale your last. This is what yoga makes us aware of. We become conscious of the sacredness of what is being born, what is passing away and what lies beyond both, all as remembrance of what a gift life truly is. Life is impermanent and yoga asks us to strive for what is real, it leads us to truth — if yoga is not doing this for you then question what you are doing with yoga. Without this recognition yoga won’t develop our wisdom mind, love in our hearts or peace within our beings — all gifts of true yoga practice. These words have become tropes because of how much they have been repeated in countless ads and Facebook posts for yoga, but when we really know what these mean in our lives we will value of what yoga is truly about. 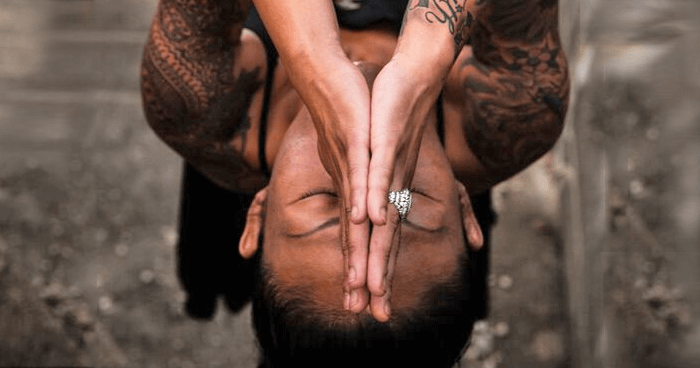 Yoga asks us to strive for what is real, it leads us to truth

As we face how and where our culture is dying, death-oriented or asking to be healed, we as yogis, or dare I say spiritual warriors, are responsible for learning how to heal it and recognizing what wants to be born. Yoga from India isn’t the only traditional source of knowledge that will be needed as we make this transition to a more awakened society — but it is the one that the whole world is embracing at this time. Part of this renaissance is about the building of another proverbial ark to carry the stories, the songs, the practices and the people of the indigenous and wisdom traditions, including the western ones, to the shores of our ancient future.

As cultural creatives this may be some of the most important work of our time, and yoga is offering us an opportunity to get it right. 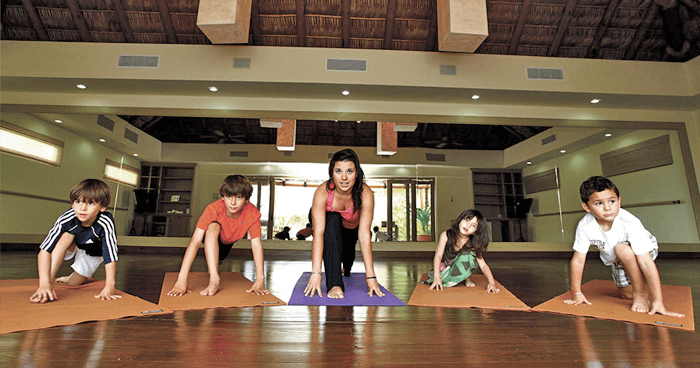 Carrying the wisdom of yoga into the future

The next twelve years are going to be a spiritual Golden Age.
– Sadhguru (yogi, mystic and visionary — June 2016)

We are in the privileged position of being present during the early stages of a spiritual renaissance. The modern yoga movement is a decentralized global emergence that is largely driven by women and, despite its mostly physical orientation, is still connected to the most ancient wisdom in recorded history. Its rapid uptake from diverse cultures and demographics gives it the potential to bring about an inner revolution that ripples through all aspects of society. It does this by changing the patterns and frequencies moving through our most powerful tool — the mind — and opening the door to the source of love and all of its virtues — the heart.

Yoga’s ancestors include the most enlightened people that have walked the earth, whose teachings have influenced the greatest spiritual activists and movements of our time. 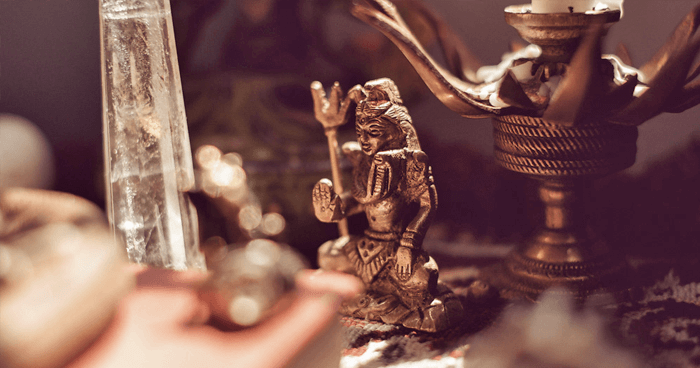 Sounds too good to be true? Well, it is and it isn’t. Another billion people doing downward dog won’t create a revolution in society, but if even a portion of those people begin a genuine yoga practice the impact will be significant. The initial benefits of a purely physical yoga practice are a just a taste of what genuine yoga can offer. When combined with meditation, yoga philosophy and and Transpersonal psychology, we can become integrated human beings who live as yogis in daily life.

Yoga’s ability to change our patterns of thought and perception help us to see personal and social problems from a place of greater depth. As we learn to integrate genuine yoga practice and yogic culture into our world we will create healing in humanity and accomplish dreams never before thought possible.

The question if you are reading this is: “what role are you going to play?” If we tune our sights to the coming generation of youth and children, it is clear that the yoga movement itself may have a very important role to play in shaping the hearts and minds of those who hold the future of our planet in their hands. The United Nations organised dialogue with Yogic Masters for world yoga day on June 21st, (led by Sadhguru) in recognition that yoga can play an important role in the realisation of UN Sustainable Development Goals. 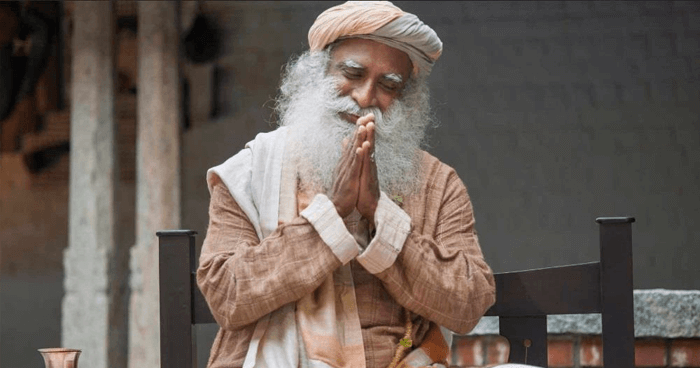 This shows that the mainstream is beginning to view yoga as more than just a physical practice. Yoga offers even more than just an individual lifestyle, in fact, the culture that produced yogis was itself designed to create an ecologically sustainable, socially just and spiritually fulfilling human presence on the planet earth. Is this not the very thing that we are looking for? Yogic practice and yogic culture address the inner and social landscape with a holistic perspective that is so clearly needed to create the more beautiful world our hearts know is possible.

So, it may be that the rise of yoga in the world is a hidden key carrying the genetic memories of an ancient wisdom that is now ready to be embraced by the modern world. With the humility to listen deeply, combined discernment and imagination, we too can become like the yogis of the past and self-organise with this movement into a catalyst for spiritual and cultural transformation at a time when our world needs it most. This requires us to look beyond the reach of the mat, which in many ways represents the boundaries of our limited self.

As yogis, are we ready to answer the call?

So important to get the message to the world that yoga is a complete path for living, not just a physical practice. The world needs every step on the yogic path to help each of us negotiate the now and the future. Nice article!