A Simple Item is Transforming the Lives of These Kids

Welcome to UPLIFT
Stories of Love
A Simple Item is Transforming the Lives of These Kids
It is an ordinary object for us, but for these kids, it is life-changing.

A single moment, a bit of inspiration and a desire to make a difference can sometimes be all it takes to change the course of your life… and the lives of many others.

For Australian, Steve Bellamy, a chai in a Dharamsala café with a local, and an idea involving mobile phones and pencils was the beginning of a wonderful new charitable venture that has completely transformed the lives of hundreds of children.

Steve, who hails from Birmingham, has often been mistaken for a Brian May, or Billy Connolly. But today he’s called Steveji by the hundreds of children he supports in the Indian Himalayas. Steve is the founder of The Pencil Tree, a charity distributing pencils and school supplies to children in schools and orphanages across the Indian Himalayas.

After living in Dharamsala for some time, Steve helped some friends build a school for underprivileged families. This project changed the lives of 103 children. But Steve couldn’t stop thinking about all the other children needing help. And so began a quest to help as many children as possible in the region. He quickly realised getting kids off the streets and into school was key, but there was a desperate need for educational supplies in local schools.

From Phones to School Supplies

His longing to help more children became reality when he came up with a fantastic idea to raise money to support the poor children he was seeing daily on the streets of India. He had an old mobile phone which he gave to an Indian friend who said he could fix it and sell it and with the money he bought pencils and school supplies. The Pencil Tree started in 2014 and has grown in leaps and bounds from there. 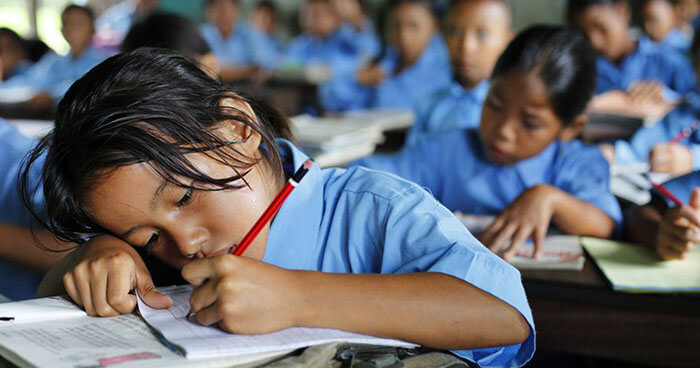 The Pencil Tree provides school supplies for children in Nepal.

That old iPhone 4 I sold supplied a school of 100 children with all their stationery needs for an entire year.

Mobile phones are all around us and in many homes there are several old models lying in drawers and cupboards. It’s estimated there are 14 million unused devices just sitting around Australian homes. Using funds collected from the sale of donated old mobile phones, Steve purchases much needed school supplies, pencils, clothes and books and delivers it to the schools he supports, travelling over to India and Nepal and funding all his trips himself.

A Simple Gift Can Become an Education

In just four years, the project has grown to support about 600 children across 9 schools, one preschool, and sponsors 48 children and growing, in northern India and Nepal. Visiting the Indian Himalayas every six months, Steve brings as much as he can with him for the children and every cent he raises goes directly to the kids.

When your heart is stirred and you realise you can do something to make a difference, magic happens. A simple gift of a pencil can inspire a dream, and can grow into an education and a better life.

This is not just about a few pencils; it’s about changing the face of a family. We’re breaking the cycle. By focusing on little kids and especially girls who are often married off at a young age, we are supporting them to get an education so they can earn money and won’t get married off as young children. It’s about transforming lives. 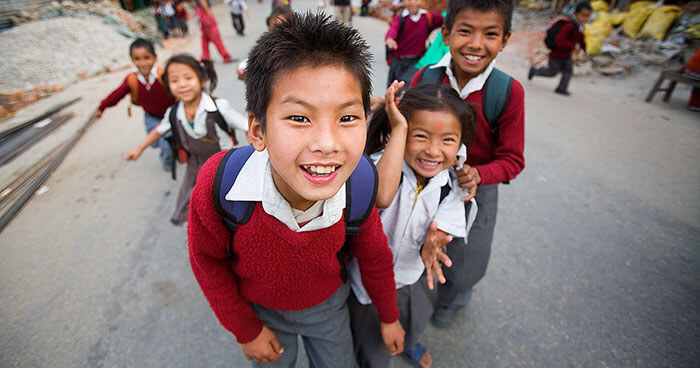 A simple gift of a pencil can inspire a dream and lead to a better life.

But Steve’s story is more than an amazing and heartfelt quest to make a difference. It’s a story about finding meaning and purpose in life. His life wasn’t always one of service and filled with the joyful laugher of children. He worked for decades as a construction painter.

I got mercury poisoning and it nearly killed me. I was seriously ill and I couldn’t work any more, so I went to India and started doing little projects. It has absolutely given my life purpose. I spent 50 years chasing the dollar, now I’m spending the next 50 years giving it away.

Life may throw you seeming curve balls but perhaps they’re something far more. Steve says he’d probably still be painting high rise buildings if he hadn’t have gotten ill. But now his life is rich with the warmth of deep friendships, a purpose and meaning.

I’m a completely new person now, it’s like I’m grandad to the world.

Steve does anything and everything he can to support the school children in Nepal, from upholstering and painting chairs, to recycling mobile phones and taking over supplies for schools, or supporting with building classrooms, and of course inspiring others to share their lives and wealth with those less fortunate. 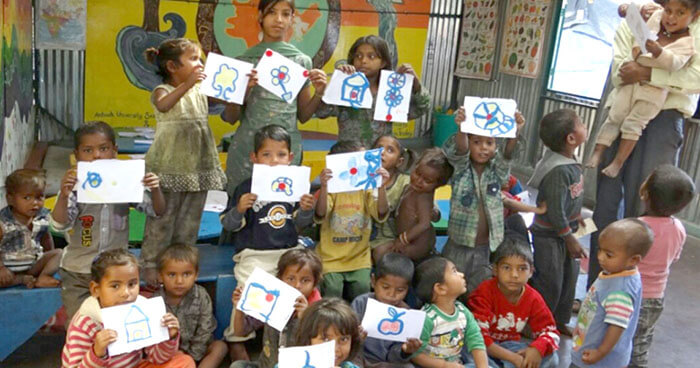 When you give you get so much back.

I’m just saying yes to everything. I want to be a conduit between A and B.

When You Give You Get Back

Steve’s heartfelt mission to change the world for the poverty stricken regions of Nepal and India is growing in leaps and bounds. He has a large group of people he works with on the ground and also works with two reputable foundations, the Hands with Hands charity in Nepal and the Tong Len Charitable Trust in India.

When you give you get so much back. In fact you get so much more. It’s not a win-lose situation. It’s a win-win. I’d rather have 1000 people give a dollar than one person give me ten thousand. It’s about giving people a gift, an opportunity to give and serve. It’s not only making a difference to the kids, it’s making a lot of difference to kids in the West too, who learn to give.

Today Steve takes groups of people, including school children, to India and Nepal to meet the kids over there and to help.

I want to be the bridge not the wall between us.

If you would like to support the Pencil Tree, they are always grateful to receive any donations, mobile phones and school supplies. You can find out more here.