BY Chip Richards
Welcome to UPLIFT
The Science of Love
Dr. Bruce Lipton – A Scientist’s View of Transformation
A New Approach for a New World

In this time of powerful change, as many of our systems appear to be collapsing and the intricate elements of the web of life seem to hang in the balance,  there is a new story emerging; the beginning of a true transformation. The UPLIFT team caught up with cellular biologist and author of The Biology of Belief, Bruce Lipton, for a dynamic exploration of the extraordinary evolutionary opportunity we each have in creating a new inner, and outer world. The following are excerpts from a series of conversations with Bruce.

What Does Conscious Evolution Mean to You?

BL: As a biological scientist, I am frequently asked about the concept of spontaneous evolution which is very near and dear to my heart. What it means to me is this, that we’ve all been programmed with a belief that evolution occurs over millions and millions of years with imperceptible changes occurring that ultimately lead to great evolutionary advances. This belief turns out not to be necessarily correct. In fact, there are two scientists, Stephen Jay Gould and Niles Eldridge who realized that when they went over the evolutionary history there were long periods when things were in stasis, where things were just in equilibrium and balance and then there were these upheavals. After an upheaval, it would shake everything all off and then it would start all over again. They called it punctuated equilibrium.

The concept of this long continuous process is now recognized to be abbreviated with these punctuation marks where something dramatic happens; such as a comet or asteroid hitting the planet and upending the entire ecosystem, then shaking it all off and starting over again. So we need to really look at the concept of length of time and when we talk about billions of years of evolution. What would happen if an evolutionary process occurred within a ten, fifteen or twenty-year period? In the time of evolution, that would be virtually spontaneous.

How Does That Relate to Us Right Now?

BL: We are now on the threshold of such a change because science has found that we are facing our own extinction. We are facing the sixth mass extinction of life and what’s profoundly significant about this is that it really is not comets or asteroids that are the problem. It’s human behavior. 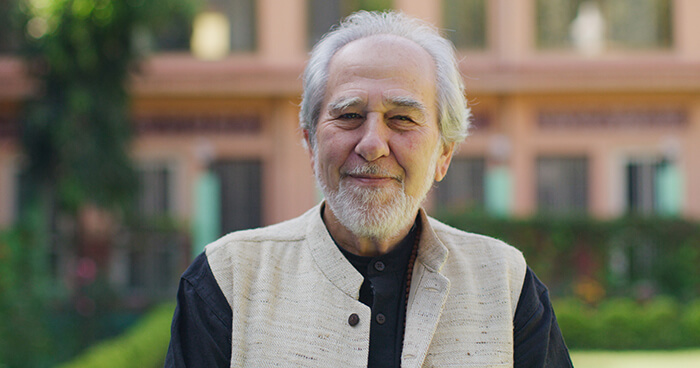 What Can We Do About it?

BL: The relevance of that is that human behavior can change overnight. The falling of the Berlin Wall was an overnight event. Spontaneous evolution to me says, don’t look and say, “Oh my god in hundreds and thousands of years changes will occur.” Recognize that changes can occur tomorrow. They can occur the next day. And that these changes in our world, because of our global interconnection with each other, really reflect to us that evolution can take place in hours on our planet. This is really wonderful because it gives us great hope that we can make vast changes and survive through the crisis we have created.

Where Do We Start to Make the Change?

BL: To me, a life lived with love means that if you bring love and operate from your heart versus operating from your head there is a profound difference in the world you experience and create. I personally have an understanding of this because my career as a research scientist was almost all coming from my head, from my thinking. And while I was very successful in that career, the moment I was given the opportunity to see how biology actually works and to recognize the Consciousness in the system, that realization didn’t hit my head. It hit my heart. Tears were running down my face and I felt my heart for the first time after 40 years or so of being in my head. I refer to it as my ‘heart orgasm.’

My heart opened up to realize the love of being on this planet with the most beautiful ecosystem and the intricate interconnection of all the animals, plants and of course–the humans. My life completely changed at that moment and that was the beginning of my first steps toward the conclusion I write about: that most people believe you die and if you live well you go off to someplace called heaven. I would like to suggest an alternative understanding, that we are born into heaven, and this is a place where we are creative. This is where we manifest our dreams. Most of our ideas of heaven are really based on their life on earth so to find it somewhere else is silly. All the visions and dreams that we talk about are all doable right here.

That’s really what’s being created with the experience of UPLIFT – the realization that we can change the whole story right now. We don’t need to try to fight the old story. We simply need to walk outside the old story and build a new story. People will leave the old story when they see a new story working. Every individual who changes their own story is changing the vibrational environment within which we live. We can have the spontaneous remission of the planet’s ills and we can change the environment by just changing who we are. To me, this is like a seed that when germinated will spread all over the world.

Wonderful! I have been listening to Bruce Lipton for a few years now. I first saw him on Hay House Radio being interviewed by Anita Moorjani. When he talked about the Petri dishes where when you change the environment the cells in the Petri dishes changed. So too for us as he says we are skin covered Petri dishes. So change your old story & change your life. Thank you so much Chip for this conversation & for sharing it.

Loved this and find it reflective of my own thoughts.

Dear Bruce – thank you so much for all you do and have done to helop raise our consciousness. Please say Hi to Margaret too.

This is beautifully articulated…my hope is that people are not confused about the concept of the new story as it really is rooted in original truth which has not been lost by all and absolutely precedes the written word although it can be found in literature in the most unusual ways…. perhaps spontaneous nuances like aha moments could best describe the point I am trying to make…never-the-less I am ecstatic at the prospect of a changing world since that feeling Bruce described of that gut feeling has been present with me since a very young age and my life has been a struggle with that empathic sense of urgency to find the solution…well it certainly seems to be that the struggle has not been in vain and I couldn’t be more excited to know that I am not alone…A’ho

Absolutely LOVE THIS AUTHOR/TEACHER….THANK YOU DR.LIPTON for ALL OF YOUR YEARS OF STUDY and DEDICATION …. Words just don’t cut it…when attempting to THANK YOU. GREAT ONE…..MUCH GRATITUDE MR. Carmen Balko