A Prophecy to Heal the Nations

As social creatures, we humans depend on connection with others and when it is missing, we instinctively search for it. Stories are a powerful way to remind us of these connections. We gather around stories the way we gather around a warm fire; it is a magnetic, healing, and empowering feeling to be drawn together to share an experience of community. When cultural stories from different people entwine, those people begin to feel entwined. If we are going to make peace and come together in unity, there must be a story for it, and so our ancestors spent much time speaking in prophecies. Amazingly, here is one that has come true and continues to blossom in beautiful ways in our modern world.

Down in New Orleans, where Spanish moss hangs lazily from the branches of ancient Oak trees, there is a story that few remember but many still feel deep in their bones. Where alligators troll the murky swamps, and people enjoy Crawfish Étouffée by the lazy Mississippi River, there is a wisdom as old as the wind. Coined the City of Dreams for it’s voodoo temples, dark shadows, and cemeteries above ground that look like cities of the dead, in this place lives a prophecy enmeshed with a history as deep as any roots. A forecast that animates the world in ways unimaginable, yet true.

Since the beginning of time, native people have utilized the technology of metaphysical architecture to serve the purpose of the collective. This includes drumming, dancing, chanting to create a unified field of consciousness. This is a place where spiritual magic happens. – Andrew Ecker, Drumming Sounds. 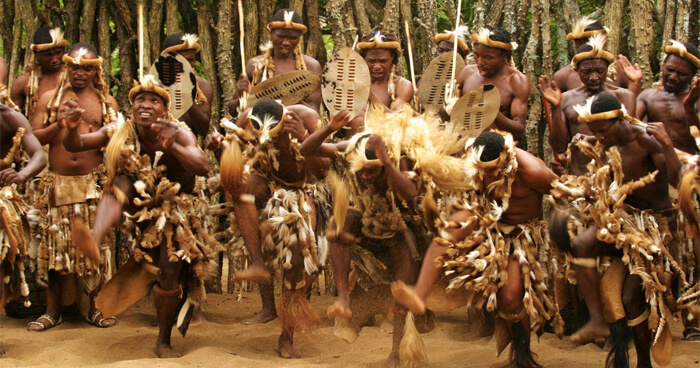 Humans have long told their stories and connected through song and dance.

This is a prophecy of rebirth, illustrating unity, healing, and the magic that comes from people collaborating creatively to overcome hardship. Passed down from ancient cultures, this story has been whispered through the syncopated rhythms of the blues and all of the musical forms that have descended from it; including jazz, rock, funk, and hiphop. This is the wisdom of the drum, and it is still with us today.

Native tribes in the south understood that Africans were a proud people, enslaved to work the plantations. Africans had stories about their ancient relatives from across the great waters and the Natives loved to hear the sound of their drums. There are rhythms for all occasions in African traditions, including the war drum. Slave owners were oblivious to the variations and unaware that the drum allowed communications to echo from one plantation to the next, like smoke signals. When war drums played, a slave revolt was imminent and the local native tribes were happy to assist their African relatives in finding freedom. Often, the Native Americans would escort the escaping slaves to villages deep in the swamps where they intermarried, baring children that were referred to as ‘Black Indians.’
[signupbanner]

The Birth of an Allegiance

This alliance between the Native Americans and the African Americans was built on the shared desire to resist the bondage of colonial authorities. But eventually, slave owners caught on and the drums were taken away. Laws were enacted, prohibiting people of color from wearing feathers, as it symbolized the solidarity between the natives and the slaves. Yet, the progressive French slave owners in New Orleans made exceptions and allowed drumming on Sundays after church. 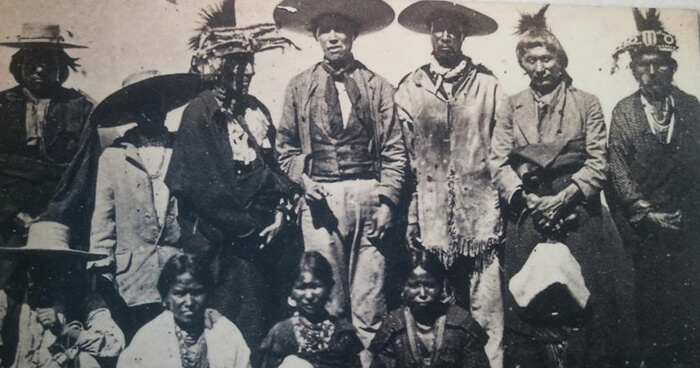 The Indians and Africans united, recognizing their sameness.

A few blocks away from the first bi-racial church in North America, outside the city walls on what is now called Rampart Street, was a flat open field they called Congo Plain. This is where the Louis Armstrong Park is today in New Orleans. Unbeknownst to colonial authorities or slaves, this was a sacred place to local tribes; an ancient burial ground. The stories say that the ancestors will one day return, dancing upon their graves with songs to heal the nations of the world.

In this place, the slaves drummed for hours, entranced by the rhythms and dancing. They called this trance-dancing Bamboula or Calinda and it is believed that the ancestors would join the living in these dances. Though these were people of African descent, their tradition shared similarities with stories of the Ghost Dance, which came from the Paiute Holy-Man, Wovoka.

Ghost Dance was the first pan-tribal religion shared by Native Americans in the 19th century, and a key element to the dance was the chant, “we shall live again.” The famous words of Tasunka Witko, aka Crazy Horse, echoed this fearless sentiment as he rode into battle, declaring “it is a good day to die.” It is no surprise that many local Native Americans saw these African slaves dancing and drumming and viewed them as their relatives; the ancestors returning with new songs and dances to heal the nations of the world. 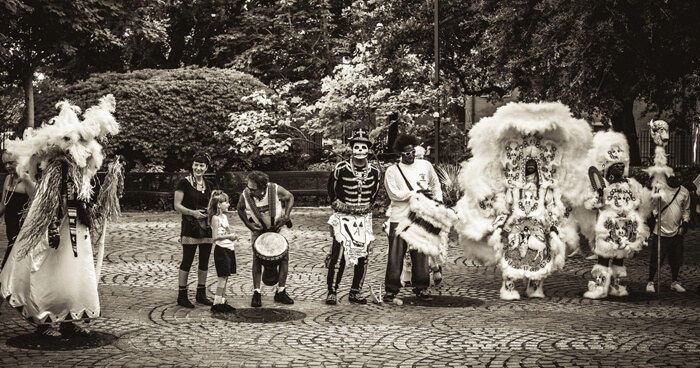 Native Americans are known for their 4-beat, pow-wow rhythm, and Africans have endless polyrhythms. When Native Americans and Africans shared their cultural wisdom and when the four beat measure merged with polyrhythms, blues was born. This cry of the people gave birth to most forms of modern music including jazz, rock, funk, and hip-hop. This music continues to influence cultures throughout the world with dances, art, and celebration, which begs us to ask–could this be the manifestation of the prophecy?

The Prophecy of Rebirth

Over the decades, the roots to this history were buried and forgotten. In 1994, David ‘Goat’ Carson (of mixed Cherokee descent) and Chief Allison Tootie Montana (of Black Indian descent) had a vision to host a medicine circle and pipe ceremony in the old Congo Plain. They invited another man–coincidentally of the same name, David Carson–author of Medicine Cards, and a keeper of the Ghost Dance Tradition. On that day in late August, David ‘Goat’ Carson spoke a prayer asking for guidance from the Buffalo Nation.

The first Drums Around the World event had been planned for that same week in 1994. It included people drumming simultaneously in 38 countries and 42 US states, with a prayer for unity and healing amongst the nations of the world. That is the same week that a White Buffalo was born in Janesville, Wisconsin, fulfilling a 19-generation-old prophecy of the Lakota People. It’s no surprise that this sacred white animal was born with the unification of people in prayer and healing. This amazing occurrence signified a new beginning, but the process of healing comes with a great responsibility and takes much time. Again, it was the drumming and prayers of many nations that brought forward another ancient prophecy that has to do with unity for the people of Mother Earth.

The tradition of Drums Around the World continued for many years but then began to dwindle, until this year. The Standing Rock Movement in 2016 re-ignited this fire for healing by bringing many diverse tribes together to protect our sacred waters. From this, the drum beat once again grew louder, and the vision of a Global Drum Prayer was born.

Join Us for the Global Drum Prayer!

On August 29 at 6:30pm PDT, with a live broadcast on Unify, we invite you to join once again in a global moment of unity around the sacred drum. People can participate from wherever they are by adding their drum circle to the global map and tuning into the livestream.

Whether you do or do not believe in prophecy, it is not important. We have all inherited many stories and a deep history from whichever lineage we come from. Our roots wrap around the world and we all call this planet our home. We are all indigenous to Mother Earth. We have rich cultures to share and celebrate, along with many reasons to know each other and learn who we are.

There is wisdom in your bones, just like there is wisdom in the land. There is a rhythm that is calling just for you. When you feel your spirit lifted by music, remember this story, and consider the prayers and stories of all the ancestors that came before you. Take a moment to tune into it; let it move you in a dance that brings strength, healing, and peace. This is the pulse within you; the heartbeat. This is the sacred message of the drum.

I think it is awesome and inlighting.