3 Easy Steps You can take to Change the World

I often get asked by people about what they can do to change things, to change the world, when each of us is just one person, in the face of so much that we cannot even hope to control or influence.

What can we do? Why bother, given our powerlessness?

As we look back on the key events of 2015, and the processes that led to them, it would be all too easy to succumb to despair.

Despite fighting the ‘war on terror’ for 14 years since 9/11, we’ve only succeeded in seeing terrorism accelerate, metastasising into the so-called ‘Islamic State’ in Iraq and Syria. We have invested well over $5 trillion on the ‘war on terror’ since 9/11, but according to US State Department data, in this period terror attacks have skyrocketed by 6,500 percent, while the number of casualties from terror attacks has increased by 4,500 percent. 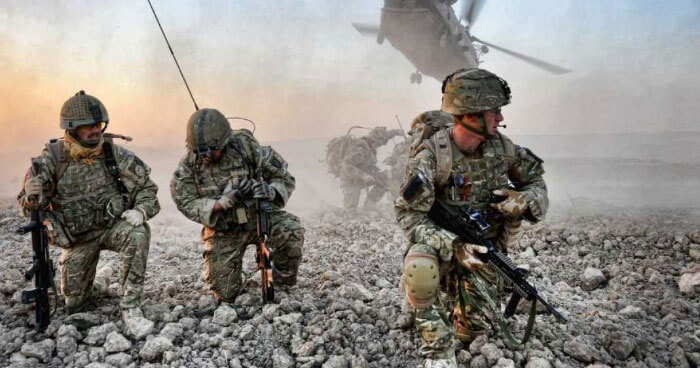 The War on Terror has seen an increase in terrorist attacks by 6,500 percent

Decades of international climate negotiations have culminated in a ‘binding’ climate accord that still guarantees carbon emissions that would tip us into a planet on average 4 degrees Celsius hotter by mid-century, creating largely inhospitable conditions for much of the global population, and potentially triggering runaway amplifying feedbacks that would accelerate climate change further.

And while governments and international institutions continue to explore neoliberal capitalist solutions to kick-start economic growth, they are failing. The IMF itself concedes that the world has still not recovered from the 2008 banking collapse; and that pumping cheap money into the global economy has inflated debt to higher than pre-crash levels. Another financial crisis is inevitable. 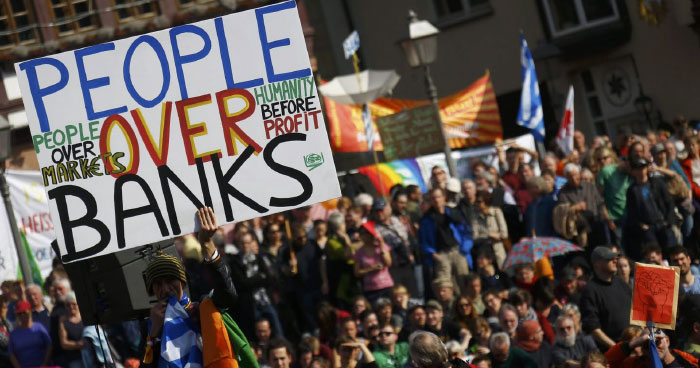 Another financial crisis is inevitable

These seemingly disparate crises are not happening separately and accidentally. They are interrelated symptoms of our global civilisational paradigm, premised on fossil fuel-driven unlimited growth on a finite planet, through geopolitical alliances with autocratic, terror-toting — but oil-rich — regimes in the Muslim world.

And by the end of this century, if the scientific consensus is remotely accurate, this paradigm will not be capable of surviving.

We are, therefore, in the midst of a momentous civilisational transition, the outcomes of which are not set in stone. In this context, the chronically bad news we see everyday is not just bad news: it also signals the inevitable decline of a particular way of being in the world. But this also opens up, here and now, opportunities to forge what comes after.

Within the very accelerating failure of the present paradigm, the opportunity to explore and build new paradigms that work also accelerates.

Just examine this Transition Network showcase of 21 grassroots initiatives from around the world, put together in the lead-up to the Paris climate talks. They include powerful, real-world projects that are changing the lives of people on the ground right now, encompassing:

That’s just a sample. Rob Hopkins of the Transition Network explains the vision behind these initiatives:

Something brilliant and historic is already underway, and our message to the Obamas, Camerons and Merkels of this world is that it’s already happening without them, and they need to support and enable it, but even if they do nothing, it will continue to grow, because it’s the future.

So what can we do? What can you, as one person do?

Here’s, roughly, what I tell people when they ask me this, based on my own limited experience and efforts. 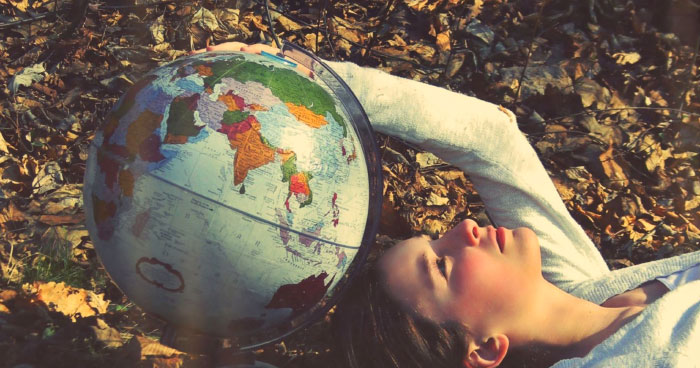 Understanding your role in changing the world

Step 1: Start with you

When you realise something’s wrong with the world, the first step has to focus on educating yourself about it. Then, when you begin to have a grasp on the issue, and you want to step up and do something about it, it’s important to be pragmatic and realistic.

Rather than wanting to change the world and constantly feeling frustration because, well, that’s basically impossible, you need to start with what’s closest to home, what’s realistically attainable and achievable within your own context.

That means, constantly seeking to improve your knowledge and understanding of the issues you’re most interested in, and their wider systemic context; while simultaneously assessing what you think you have to offer.

But that must also involve assessing how you yourself are part of the problem you’re looking at.

Don’t just be material about it — it’s not just about facts and figures and lifestyle choices. It’s also about who you are; the way you deal with people in your family, community and society; your attitude to life and others; and the scope for change within the constraints of your circumstances.

Sometimes we have to accept what we can’t change and focus on what we can. More than anything, that means focusing on you. That means getting to the core of the prevailing paradigm, and altering who you are so that you’re capable of being, in your everyday life, to the extent that is attainable for you, someone who stands for the sort of change you want to see in the world.

No one else can tell you what this is. They might be able to help you think about it. But ultimately, it has to come from you. 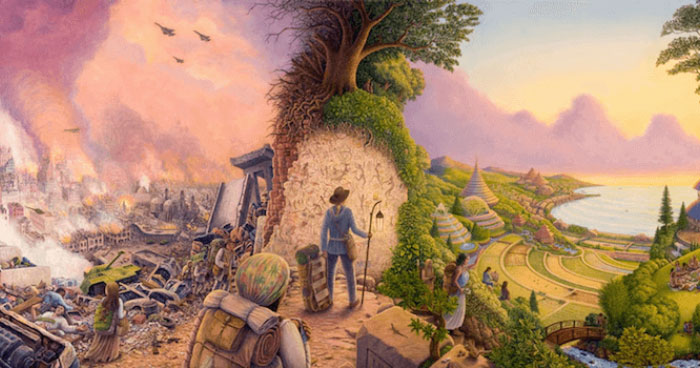 Step 2: Continue with those around you

Having assessed yourself, and begun the process of creating yourself anew as someone who can think and be in some way beyond the prevailing paradigm, it’s time to look around you in the context of your interests and skills.

What do you enjoy? What are you good at? And what does that tell you about what you have to offer in terms of working to plant seeds of a new, better world? Are there people around you who you can work with to plant those seeds, with respect to your and their interests and skills?

If not, find them. Make a point of doing so, whether its by reaching out in the real-world through organisations or institutions or events or meeting places, or through social media.

If so, reach out and start building a network where you can collaborate or communicate as a member of a community, sharing your interests and skills: even if it’s just you and one other person, that’s a start. 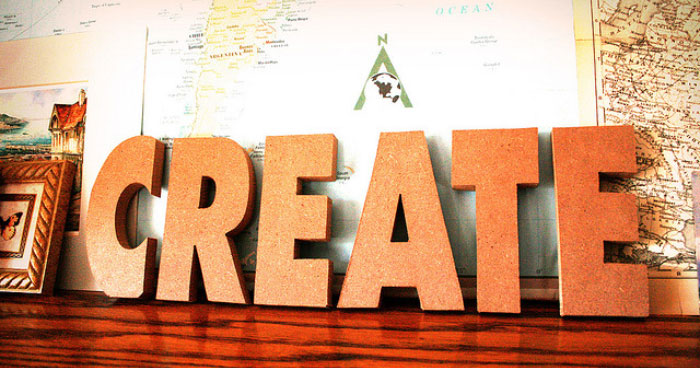 Be pragmatic and realistic, and create something fundamentally new

Based on your newfound insight into yourself and people you can connect with around you, along with your shared interests and skills, think about what you collectively have to offer and how that can meet a need or a gap.

What does your community need? What does it lack? What do you think you could do to address this?

So, once again, be pragmatic and realistic, and then create something fundamentally new.

The most important criterion of what you create has to be that it breaks with the old paradigm in some way, and thus contributes to the creation of a new paradigm.

This is critical. Don’t create something that’s too easy, too attainable, to the point that all it really does is chime nicely within the existing framework of doing things. Instead, create something new that consciously and physically breaks with the old, and establishes a new pattern of activity or being that contributes to a new paradigm.

It could be as simple as setting up and running a regular, local community workshop with friends to educate yourselves about global crises and solutions.

Or it could be more ambitious. But it needs to involve actually, physically creating a new pattern of being in yourself and others. Whether it operates primarily in the digital or real world, it has to have meaningful impact in the actual physical world, even if that’s just about fundamentally altering your personal routine in a paradigm-breaking way.

Don’t worry if the seeds you plant don’t bear fruit immediately in terms of monumental change.

The fact is, as individuals, neither of us has the power to change the entire world. And that’s okay. We need to accept that, and focus on what we can change, rather than obsessing over what we can’t, which is precisely an egoistic symptom of the prevailing paradigm. 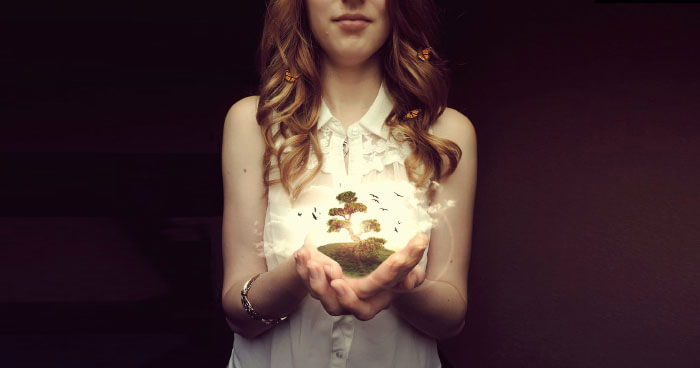 The seeds of monumental change are in our hands

The Key to Change is in You and Me

So there you have it, three easy steps to changing the world:

Then, as an integral part of creating something new: encourage each of those around you, working with you, to adopt and pass on the message of these three simple steps.

Imagine a world where each of us did this.

Imagine the scale of spontaneous, grassroots transformation that could result.

Well, guess what. The process has already started by you reading this — and is already well underway thanks to millions of Free Spirits around the world. And the best way to catalyse this process is to act on these steps, and encourage others to do the same, and spread the word.

By adopting these steps to try and embody, personify and practice the change we want to see in the world, we begin planting the seeds of a post-materialist, post-capitalist paradigm, that can emerge as the present paradigm inevitably fails by this century’s end.

We can change the world, but the key to doing so is in you and me.

Dr Nafeez Ahmed is an investigative journalist, bestselling author and international security scholar. A former Guardian writer, he writes the ‘System Shift’ column for VICE’s Motherboard, and is a weekly columnist for Middle East Eye. He is the winner of a 2015 Project Censored Award for Outstanding Investigative Journalism for his Guardian work, and was twice selected in the Evening Standard’s top 1,000 most globally influential Londoners, in 2014 and 2015.

It is a fine work,congratulations.
I offer something which is missing and can be most useful for the balance in the planet and oneself.
It is about The Devic Kingdom, so-called for the intelligent agencies behind every aspect of creation.The personal devas are ever with us and it helps to recognise this and thank them for maintenance and protection, and to those of the planet earth.

This goes along with Gregg Braden’s latest book “Resilience from the Heart – The power to Thrive in Life Extremes” which I just finished. We need to embrace the changes that are coming in a peaceful, loving manner.